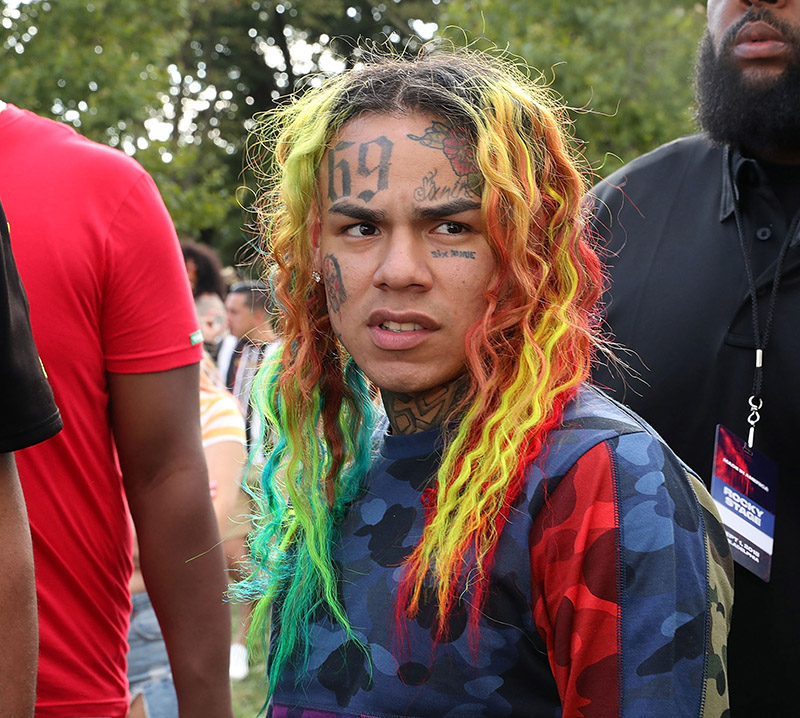 The 23-year-old rapper turned government witness to shave decades off his prison sentence if he is convicted of racketeering, attempted murder, and firearm charges.

According to the NY Times, the witness protection program is one of Tekashi's options if he is released early from prison.

The government has successfully relocated reformed criminals and mobsters who turned government witness. One mobster is now a doll salesman in a suburban town.

But the rapper's distinctive rainbow colored hair and tattoos would make it difficult for him to blend into suburbia.

"Despite how connected we are, and the appetite for social media content in this country, there are places where, if this kid gets a haircut and wears normal clothes, no one would know or care who he is," said Jay Kramer, a former F.B.I. official.

The U.S. Marshals Service, which runs the witness protection program, won't pay for the removal of Mr. Hernandez's signature face tattoos if he is accepted into the program.

Once in the program, Tekashi can't have contact with his family, friends or associates.

A 3rd suspect has been arrested in connection with the June 18 shooting death of rapper XXXTentacion in South Florida.