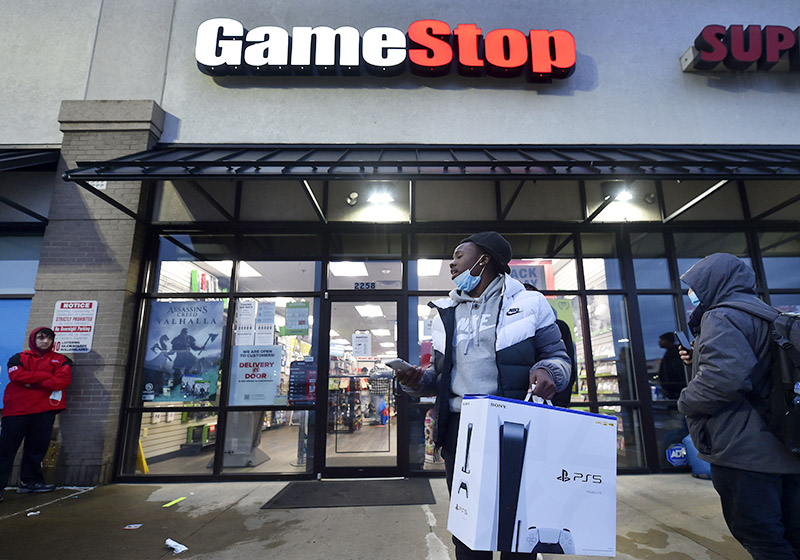 A Reddit user who made $48 million in GameStop call options during last week's Reddit-fueled rally claims he lost $19 million when the stock nosedived on Monday and Tuesday.

Keith Gill, 34, who goes by the Reddit username @DeepF---ingValue, says he will hold onto his shares even after the stock lost 80% of its value in 3 days.

Gill started investing $53,000 in GameStop stock last year when he noticed the video game retailer was being heavily shorted by hedge funds. Hedge funds earn millions of dollars by betting that a company's stock price will drop.

Gill earned a quick $48 million during last week's historic rally, but it took less than 2 days for him to lose $19 million.

According to the Wall Street Journal, Gill is an investor who previously worked in marketing for an insurance company.

Hedge funds, which lost billions during the GameStop rally, used a tactic called a "short ladder attack" which involves selling GameStop shares to each other at lower prices, thus tricking Wall Street's algorithms into believing retail investors sold their shares at below market prices.

The ladder attack -- which is illegal -- caused the stock's prices to artificially fall. Thousands of Reddit users lost their stock gains and their life savings in 2 days.

Billionaire Mark Cuban participated in an "Ask Me Anything" session on Reddit.com on Tuesday afternoon to calm panicked investors who lost everything.

During the AMA session, Cuban urged investors not to sell their GameStop shares because the low stock price is artificial and only temporary.

Upwardly mobile career women on Wall Street say the #MeToo movement is hurting their chances to break through the glass ceiling.

END_OF_DOCUMENT_TOKEN_TO_BE_REPLACED

Television magnate Oprah Winfrey recently purchased a 10% stake in Weight Watchers. According to USA Today she purchased 6.4 million shares in the company stock with an option to buy 3.5 million more shares.

Oprah saw an immediate return on her investment when the price of Weight Watchers stock spiked Monday on the news that she was a major share holder.

The surge in stock price earned the billionaire a whopping $70 million today!

END_OF_DOCUMENT_TOKEN_TO_BE_REPLACED

Martin Shkrell is not so bad after all. The 32-year-old hedge fund manager sparked a public outcry when he raised price of an anti-parasitic drug from $13.50 a pill to $750 a pill.

Shkreli purchased the rights to sell Daraprim, a drug that treats potentially deadly parasitic infections in the elderly, infants, and AIDS patients.