Consumers are hit by grocery store sticker shock as food prices soar to record highs due to the pandemic.

A Reddit user posted the above photo of a pack of Angus ribeye steak with a sticker price of $55.59!

Consumer experts say the average family can expect to pay $200 more to put food on the table.

According to the Labor Department, wholesale prices jumped 8.3 percent from August of this year compared to August of 2020 -- the biggest gain in 10 years.

Shoppers who normally don't look at prices are shocked when their purchases are tallied at the checkout counter.

"Prices are going to continue to go up for a good year and a half.

"The biggest increases we will see has to do with anything with animals. Whether it's eggs or milk or pork or beef." 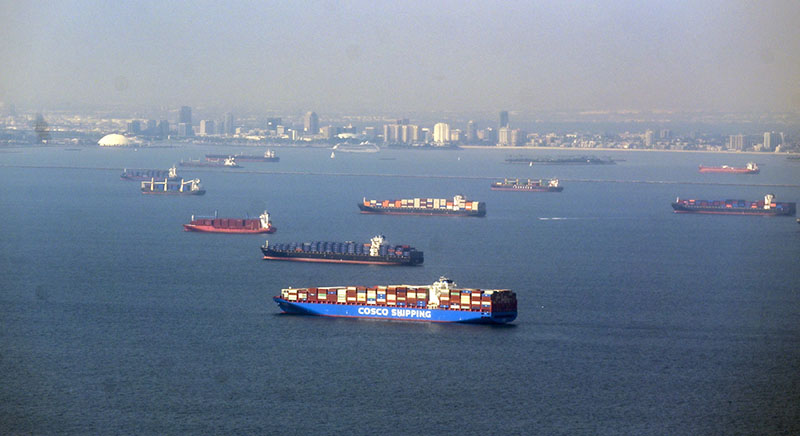 Another impending crisis is the bottleneck of cargo ships and container ships drifting off the California coast.

The ships can't offload their cargo because there aren't enough dock workers or truckers to transport the goods.

"We have a huge problem with a lack of truck drivers," Lembert said. "Refrigerated transport is up about 10.4 percent in cost.

According to reports, there are more than 1,000 cargo ships waiting off the coast of California.

Many container ships are in water so deep that they can't drop anchor. As a result, they are in danger of drifting into other ships.

"Retailers who are filling out their orders to fill their shelves are not getting what they order," Lembert said. "It's estimated to be anywhere between 50 and 70 percent of what they order."