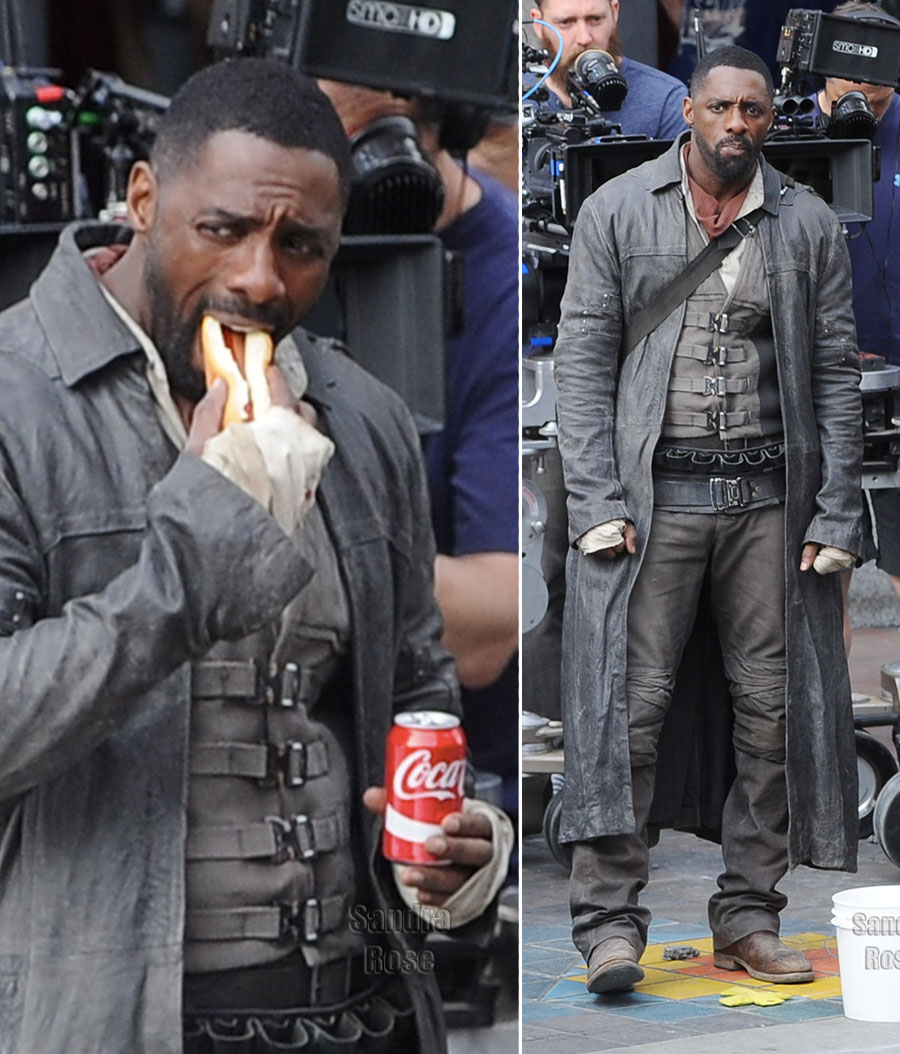 British actor Idris Elba was seen crossing the street after taking a break on the set of his new action movie 'The Dark Tower' in downtown Los Angeles. The 44-year-old part-time DJ was spotted wolfing down a hot dog and drinking a sugary beverage. The entire block was shut down for the film shoot. Someone said he borrowed his outfit from Kanye West's new line, but I don't know if that's true.