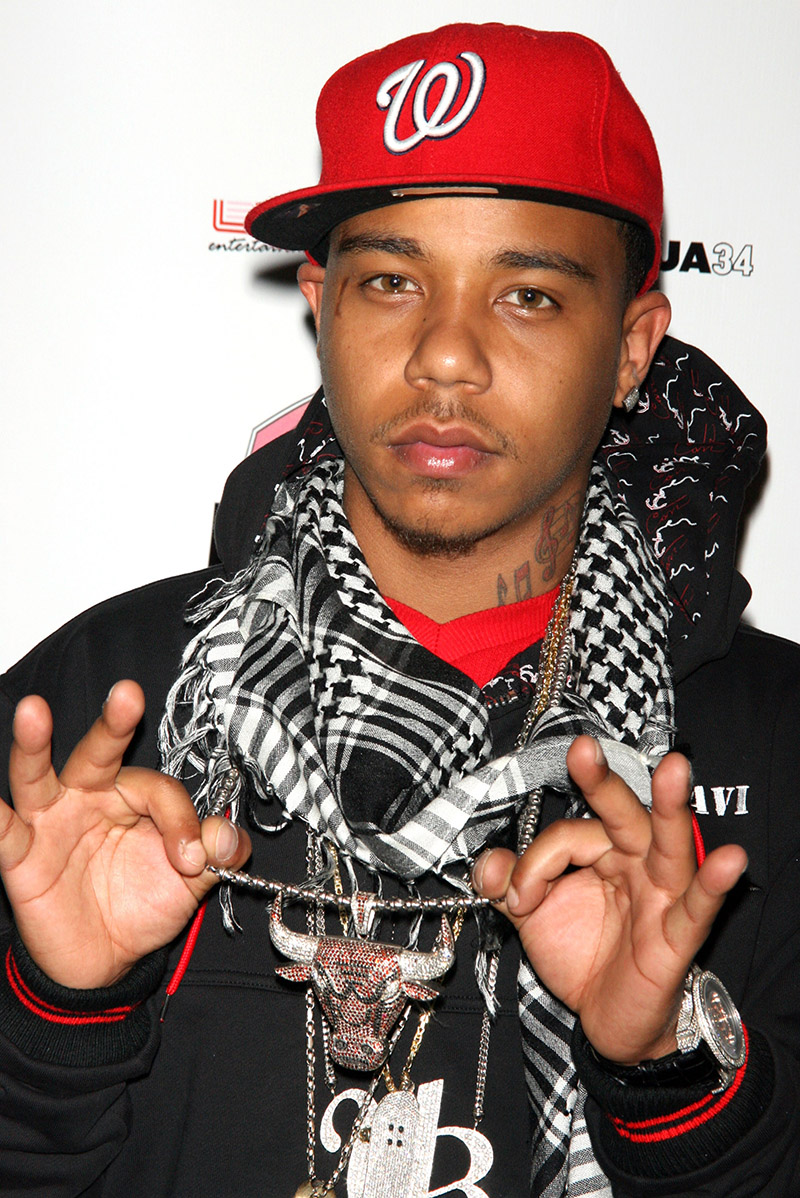 Yung Berg, who has a history of putting his hands on women, is crying foul over the latest allegation that he brutally pistol-whipped his "girlfriend" and broke her nose.

In response to the media coverage, Berg, real name Christian Ward, who also goes by Hitmaka, posted a statement from his lawyer on Instagram.com on Tuesday.

According to Ward's lawyer, Talia Tilley is not the rapper's girlfriend. She arrived at Ward's house around 3:40 a.m. on Saturday, March 14. Ward's lawyer said Tilley knew the layout of his house and the grounds.

Although it was late and 50-degrees outside, Tilley talked Ward into taking a dip in the Jacuzzi. After some physical intimacy, Tilley made a "calculated, unprovoked attack on Ward, slapping and punching him repeatedly," according to Ward's legal team.

Ward defended himself by retrieving a gun and delivering some street justice to his alleged attacker (Tilley).

In the middle of the assault by Tilley, Ward's ADT home alarm sounded at the back door. A Ring camera captured footage of two armed men jumping the back fence into Ward's yard and attempting to breach the back door. They were unsuccessful because of a heavy chain and lock on the door. Then the gunmen went around to the front of the house and tried to kick in the front door.

Ward provided security videos and phone records to the LAPD to assist in their investigation of Tilley and the home invaders.

Yung Berg, who has a history of assaulting women, is accused of viciously pistol-whipping his current girlfriend.

The rapper and music producer, who also goes by Hitmaka, is accused of pistol-whipping the young lady and sending her to the hospital with a fractured nose.

The woman told the LAPD the beating went down at a private residence in Los Angeles around 5 p.m. Saturday.

According to the police report, obtained by The Blast, Hitmaka (real name Christian Ward) and his girlfriend are in "a dating relationship" and "suspect and victim became involved in a verbal dispute. The suspect pistol-whipped victim (numerous times) resulting in verifiable injuries."

You may recall Yung Berg was kicked off Love & Hip-Hop: Hollywood for assaulting his then-girlfriend Masika.

Los Angeles is notorious for going easy on celebrities accused of domestic violence. Singers and rappers are rarely sent to prison for inflicting injuries on wives, girlfriends or baby mamas.

It's been a while but my west coast connection has some HOT TEA for you this morning! I initially hit her up to confirm the wild rumors that rapper The Game separated from his wife, Tiffany, because he found out she was involved in a torrid lesbian relationship with a Miami Basketball Wife who shall not be named at this time. Read her answer after the break.