That same poll showed that a whopping 81% of Hispanics also believed that God ordered Tebow’s steps on the football field. White people, who are the least to believe in magic or superstition, ranked last with just 31% of them believing that God would influence the outcome of a football game in favor of one individual.

Magical thinking is the belief that thinking about something can cause it to occur.

According to Psychology Today, “Magical thinking is defined as believing that one event happens as a result of another without a plausible link of causation.”

According to Psychology Today, Magical Thinking keeps us from “making the necessary effort to achieve our goals.”

While magical thinkers waste time waiting for something good to happen to them by sheer luck (such as buying lottery tickets) — logical thinkers take the initiative to go out and make things happen for themselves.

Magical Thinking separates clearly logical thinkers such as Microsoft billionaire Bill Gates from the guy who sees a penny on the ground and believes it will bring him luck or riches with minimal effort on his part.

Magical Thinkers usually find themselves caught up in the mass hysteria generated by the news media. For example, the saturation news coverage of hapless Broncos quarterback Tim Tebow.

Tebow’s self-serving Prayer pose after every touchdown was quickly seized upon by the news media, who seemed to suggest that God helped Tebow win games.

So how do you stop your dependency on Magical Thinking?

Stop allowing others to think for you, such as your friends or the news media (who are often biased in their reporting); or the Pastor who spits fire and brimstone in the pulpit but he sleeps with teenage boys behind closed doors.

Don’t just take someone’s word for it — especially not the news media, blogs, or tabloids.

Trust in yourself and strengthen your own inner ability to recognize truth from fiction.

If you’re not sure about something, do your own research using quick reference guides such as the internet (Google.com), a book (written by experts who are knowledgeable on the subject), or a dictionary. 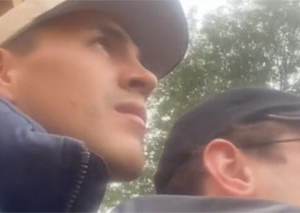