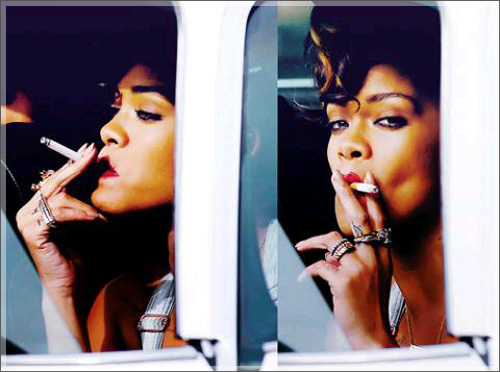 This post is for you single women who are intelligent, articulate and self-confident. But despite all of your achievements in life, you wonder why love hasn't found you.

In reality, love is all around you. Love is an action, not a feeling. Love is a profound sense of responsibility and respect for another human being. So when you care for anyone in your life; your parents, your siblings, your nephews -- you are experiencing love.

LOVE IS NOT SEX. No matter what that guy tells you; you do not prove your love to anyone by having sex with them!

So how can you tell the difference between Love vs Lust (Dopamine)?

Picture this: you're a single woman, intelligent, articulate, self-supporting. You have your own place, your car is paid off. You have a good job. You just don't have a man to share your life with, and you're tired of your girlfriends reminding you of that.

One night, while out clubbing with your girlfriends, you meet a handsome man in the club. He seems too good to be true. He winks and smiles at you. He comes over and introduces himself to you and your friends. He buys you and your girls a round of drinks. But it is obvious that he is really only interested in you. After some small talk, he asks you for your number. When he calls you the next day, you like the fact that he kept his word to call you. He's a good conversationalist. He sounds interesting on the phone. You want to get to know him better in person. He asks you out on a date. You quickly accept. Your date goes well. He makes you laugh and you feel at ease in his presence.

He says all the right things. He picks up the check for the dinner. He walks you to your car. He's a gentleman. His smile makes you melt. You want to see him again. You can't wait for his next phone call. The next day, when he does call, you feel giddy inside, you feel elated. A warm euphoria sweeps over you when he compliments you. You can't get enough of him.

On your next date, you feel comfortable enough to accept his invitation to accompany him to his apartment, where you both have wild, passionate sex -- with a condom, of course. You can't believe how in tune he is with your body. He touches you in places you never thought existed.

Within a month, you're already making plans to spend the rest of your life with him. You begin tossing hints at him that you "want more from the relationship." You practically sit by the phone waiting for him to call. You can't stop talking about him to your girlfriends. "HE'S THE ONE," you tell them. You're unable to put a name to what you're feeling since you've never felt it before. So you assume you are in love.

All of the feelings and emotions that I have just described are the result of what is called a Dopamine Rush. By now, you should be pregnant, but he used a condom. Nature has been foiled, you are not pregnant and the "gentleman" is gone. He got what he wanted. He's moved on to his next target.

Why is that we women get so caught up in our emotions once the Dopamine starts flowing in our brains? It is because our primary purpose on this earth is to be fruitful and multiply.

But human beings are complex organisms with the ability to make decisions and choices, which makes us stubborn about who we have sex with. So in order to break down our sexual inhibitions, and to make sex happen fairly quickly, Dopamine was introduced into our brain chemistry around the start of the Stone Age.

Dopamine, along with other sensitive brain chemicals, targets the pleasure center in our brains. It's Nature's way of reminding us what pleases us, so that when we experience a certain trigger again, we will want more of it.

Dopamine is the science behind all addictions caused by "triggers" that elicit favorable responses from us. Triggers are substances or things such as drugs, food, alcohol, cigarettes, chocolate, coffee, sex, men, women, etc.

When we have sex with someone that we like, Dopamine begins to flow and we want him more. It's the same with drugs and alcohol.

So why is it that hookers, gold diggers and strippers seem to be immune to the effects of Dopamine? Why don't they form deep, personal attachments to every man that they have sex with? It's because the trigger for hookers, strippers and other sex workers is money -- not sex or passion.

Sex workers -- like drug dealers -- understand the power of what they're selling. The drug dealer's proverb: "Don't get high on your own supply," applies to dealing with intense feelings too.

In other words, control the Dopamine, don't let it control you!

Yes, ladies, it is possible to like a man, and to even have sex with him, without falling in love and losing yourself in him or her.

Dopamine has destroyed many lives, either through marriage (which often ends in divorce), or through addictions to drugs and alcohol.

So how do you know if it's true love and not Dopamine? The answer is to have patience and wait.

Dopamine makes you blind and deaf to his BS! But if you give it time and wait; eventually, the Dopamine will stop flowing and your senses will become clear again.

A mother carries a baby for 9 months until she finally gives birth. This is the only time in life when the words "love at first sight" holds any true meaning.

Remember: it is impossible to form a deep, personal attachment to a man you have just met. Even moms "know" their babies for 9 months before they give birth and fall in love.

In the meantime, while you're in the Dopamine rush phase, you do NOT make any life altering plans with him or her! If you can, hold off on having sex until you no longer experience the hot, intense feelings for him or her. If you wait to have sex and he or she waits with you, then love has a better chance of developing between the two of you.

So let's go back to that night in the club when you met that handsome guy.

After some small talk, he asks you for your number. When he calls you the next day, you like the fact that he is a good conversationalist. He sounds interesting. You want to get to know him better. He asks you out on a date, you quickly accept. Your date goes well. He makes you laugh and you feel at ease in his presence. He says all the right things. He's a gentleman. His smile makes you melt. You want to see him again. You can't wait for his next phone call. The next day, when he does call -- you don't answer.

That's right: you let that phone ring. And when he calls you a few hours later, you look at the caller ID and you go back to doing what you were doing without answering the phone. In fact, you don't answer the phone and you don't call him for 2 weeks!

Now YOU are in control of the powerful drug called Dopamine. After 2 weeks of non-contact, the Dopamine will stop flowing and your senses will become clear again. You will remember that while he was talking to you in the club that night, he was glancing at one of your girlfriends, but you ignored those glances because you were in denial.

You will remember that when he bought that round of drinks for you and your girls, he asked one your friends what she preferred to drink, but he didn't ask you. You will realize that he was testing all of you to see which one of you was the easiest. He chose you as his easy target.

Don't assume that because you haven't spoken to him in 2 weeks that he will find another woman. He probably already had another woman when you met him. A man who is bold enough to approach you in a club and ask you for your number is experienced at approaching women. You aren't the first woman he has approached, and you won't be the last!

This is why you can’t smell yourself