The NY Post has more details about Ahmad Rashad’s nasty divorce from his wealthy wife, Sale Johnson. According to the Post, Johnson hired extra security to prevent the 63-year-old ex-NFL star from setting foot inside her home in the posh Bears Club gated community in Jupiter, Fla. Johnson also had Rashad’s key fob deactivated so he can’t drive through the front gates like he lives there.

Johnson is the ex-wife of NY Jets owner Woody Johnson. She was flush with cash when her divorce from Woody was finalized. The Post didn’t explain what led Johnson to banish Rashad (pictured above, right, with Spike Lee and Michael Jordan) from her home, but it might have something to do with his lack of attentiveness to her needs.

Meanwhile, Page Six has learned Rashad had her removed from some of their Palm Beach country club memberships so he can golf with pals Michael Jordan and Tiger Woods in peace. Sale got $100 million in her split with Woody, but Rashad doesn’t stand to get anywhere near it because she has an ironclad prenup.

Woman sues doctor for informing her she was HIV positive

Shakira Had Her Baby: It’s a Boy 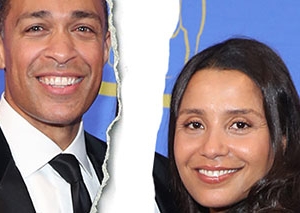 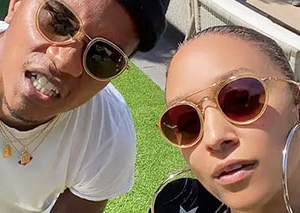