In LGBT news, WNBA players Brittney Griner, right, and Glory Johnson are tying the knot — together.

The ladies announced their engagement on their social media accounts Friday. Brittney posted an image of herself getting down on one knee and presenting a diamond ring to Glory.

My how time flies. Back in February Brittney was gushing about another woman whose pictures have been scrubbed from Brittney’s Instagram and Twitter pages, as if she never existed.

Since Brittney broke up with Relle in February, it is safe to assume that Brittney and Glory have been dating less than 6 months. Which means they are still caught up in the intoxicating Dopamine phase. If they were a heterosexual couple, this would be the stage where the female usually gets pregnant. But since Brittney and Glory are both females, procreation (at least naturally) is off the table for them.

Hey, no one said life was fair.

Most couples never allow themselves to get past the Dopamine stage before making life-altering decisions. That’s why most marriages end in heartbreak and despair. In other words, some people don’t learn from their past mistakes.

Brittney, who played for Baylor, came out as a lesbian when she was drafted by the WNBA. The 6-foot-8 center currently plays for the Phoenix Mercury, while 6-foot-3 Johnson plays for the Tulsa Shock.

Out with the old…

In with the new…

Black Twitter is not happy with T.I. or Nelly right now 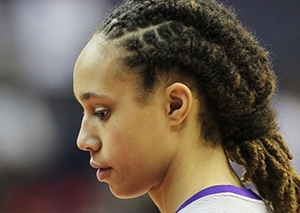 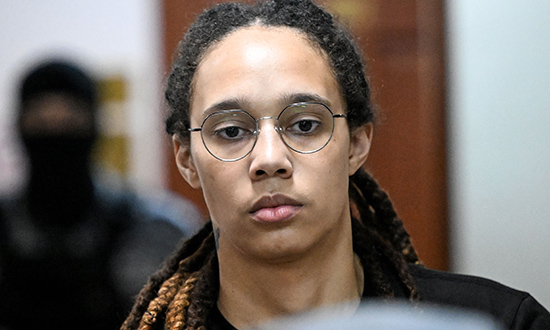 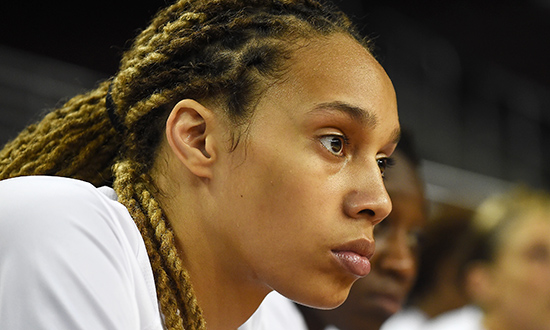