Rumor had it that Watson was servicing Pendergrass when the singer lost control of his Rolls Royce Silver Spirit and hit a tree. Pendergrass, who was trapped in the car for 45 minutes, was paralyzed from the chest down. Watson walked away from the crash with minor injuries.

Oprah’s OWN Network tracked down the former male prostitute and nightclub performer for his side of the story in an exclusive interview.

Watson said he met Pendergrass at the popular Philadelphia nightclub where he worked in 1982. Watson indicated that Pendergrass may not have known he was a biological male.

“I went over and spoke to him and said hi. And I said I just wanted to speak to you. He said ‘Ok.’ And I said ‘I’m leaving because I have to get up early tomorrow.’ And he said ‘I’m getting ready to leave too. Would you like a ride home.’ So I said sure. So we proceeded to go to his car and drove away and that’s when the accident happened.”

Watson explained how the tragic accident occurred and his efforts to see Pendergrass in the hospital afterwards.

First the car started speeding up really fast. And I was wondering is he driving fast. But he wasn’t. It was out of control. And I noticed he was struggling with the wheel and all of a sudden I heard this great big bang. Next thing I know the press was there and I got into the ambulance with him and I helped him as much as I could.

I had contusions from the impact and I had a chipped tooth, which is nothing compared to him.

I didn’t find out Teddy was paralyzed until it got in the paper. I tried to reach out to him right after the accident. I went to the hospital where he was and there was a woman there. And she said, ‘You’re not going to see him before his son does.’ And she caused this big scene and I just left.

The problem of heterosexual celebrities confusing transsexuals for biological women in a club environment continues today as more and more heterosexual establishments relax their restrictions on allowing trannies into their clubs. 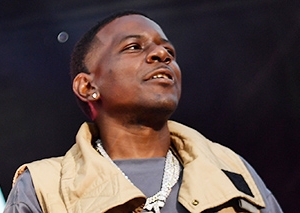