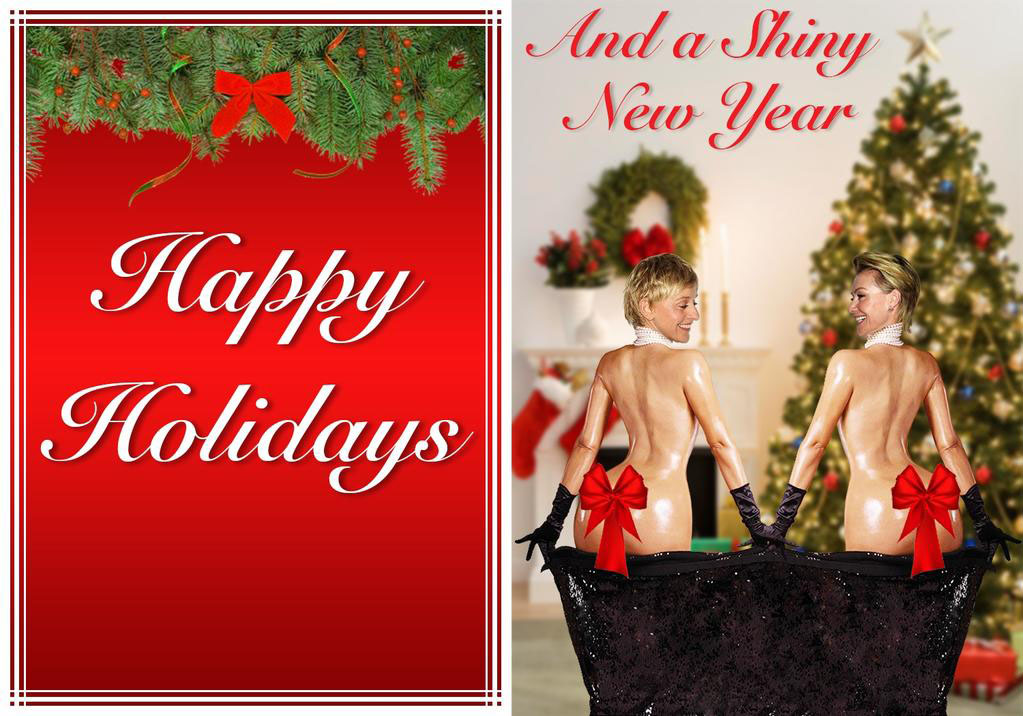 As you know, Kim agreed to pose in her birthday suit for her husband Kanye West's fledgling Paper magazine.

Did they mean a “Shiny New Rear”?

“Here’s a holiday wish from me and Portia to you,” the 56-year-old host tweeted, sharing an image of herself and her wife doctored onto Kardashian’s glimmering derriére.

The silly pic garnered a number of reactions from users, ranging from “I dare guess your real booties are more attractive. But this is hilarious” to “LOL Are you trying to break the internet twice over?“

Alveda King: Mother’s Day message – ‘Here’s what I am most grateful for this year’