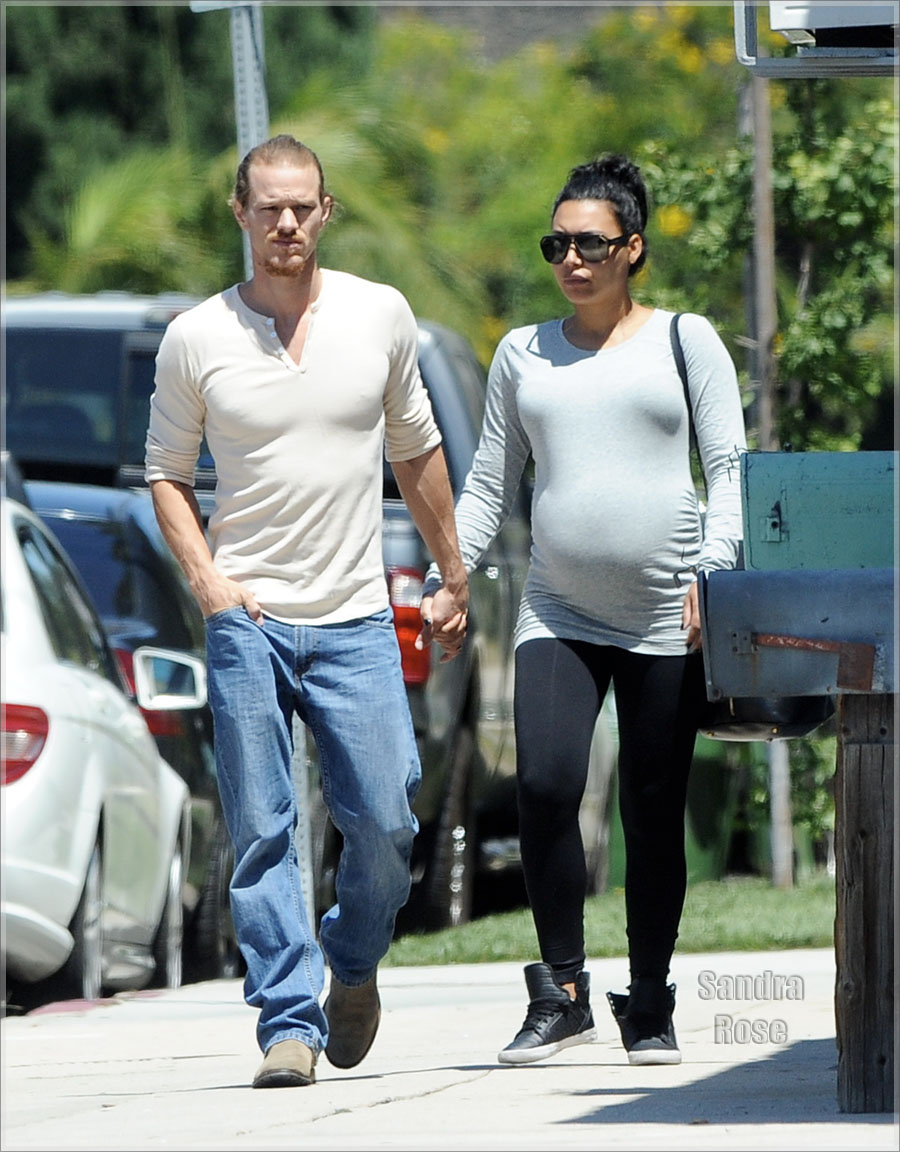 Actress Naya Rivera becomes the latest pregnant celebrity to remove her clothes to prove she really is pregnant.

The 'Glee' star stripped naked for a Yahoo! News feature.

Rivera, 28, said she was pressured to take it all off due to the nasty comments left on social media by ignorant people who think all celebrities hired a surrogate like Beyonce.

“Being the public eye when you’re pregnant is really, really hard, and people can be so mean on the Internet, it’s insane," Rivera told Yahoo. "Pregnancy is such a beautiful time to me, and I feel like you should embrace your body in whatever stage it’s in.”

“So it’s kind of hard being an actress, being a celebrity, and having people scrutinize how you physically look, and just saying the craziest things,” she continues. As for those making such cruel comments, Rivera tells Yahoo!, “I just keep in mind that I’ve never met these people, and they’ve never had the privilege of meeting me, so they’re, like, strangers as far as I’m concerned. So you can’t really take what they say to heart.”

Rivera married actor Ryan Dorsey, 32, on the rebound in 2014 after she was unceremoniously dumped by rapper Big Sean for being to needy and desperate.