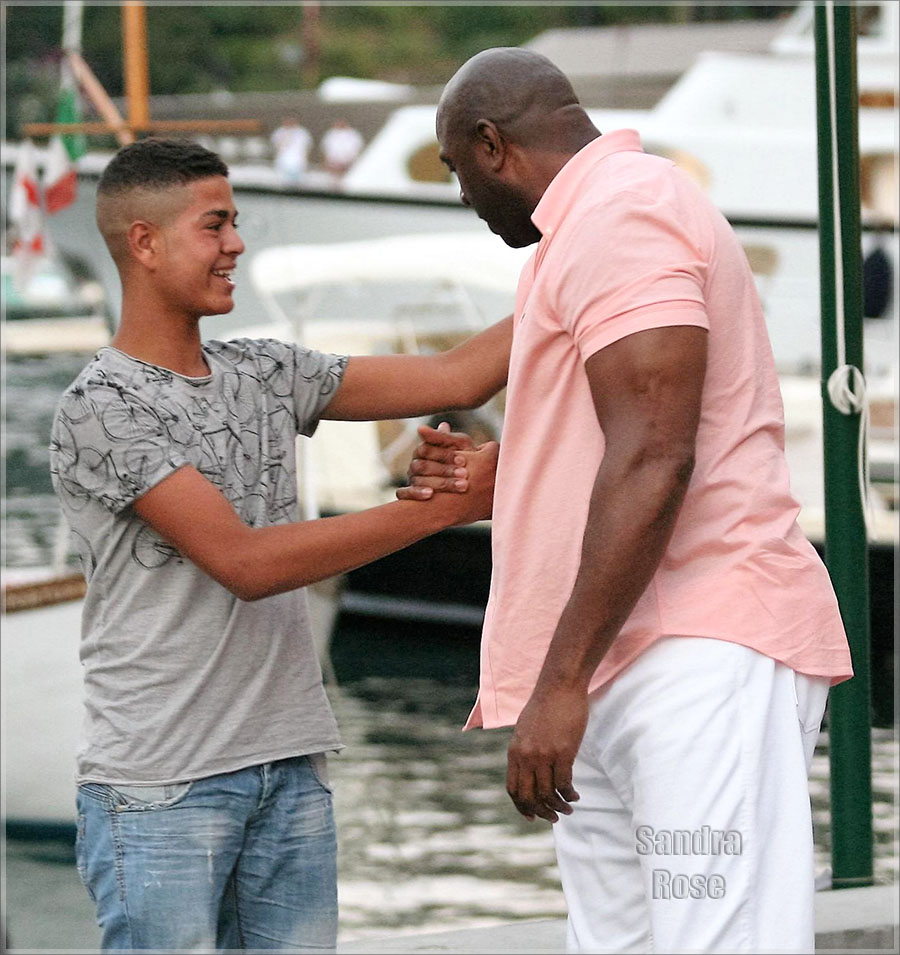 Basketball legend Magic Johnson is apparently a father for the 4th time, according to the National Enquirer magazine. An Atlanta woman accuses the business mogul of fathering a secret love child — then cruelly turning his back on his son.

National Enquirer — That’s the claim of an Atlanta woman — who told The National ENQUIRER in a worldwide exclusive that Magic made a fast break out of her life in 1982 when she announced she was pregnant!

The shocking revelation was uncovered by The ENQUIRER just weeks after the HIV-positive horn-dog led a panel discussion at the Fifth Annual Ladylike Day at UCLA offering young girls “honest advice about romance and relationships.”

Now, Renee Perkins is finally speaking out about how the former Los Angeles Lakers star — who admitted to sleeping with “thousands of women,” including groupies, call girls and strippers — abandoned her and their now 35-year-old love child, Chauncey!

For more details about this story, pick up a copy of The ENQUIRER, on newsstands today.