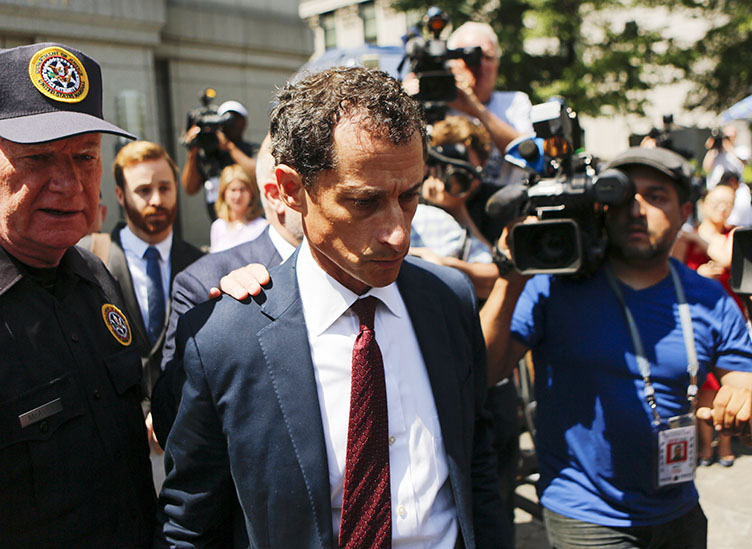 Weiner, who resigned from Congress over a prior sexting scandal, also pled guilty to a federal obscenity charge. Weiner was charged with sending a series of sexually explicit pictures and messages to a 15-year-old North Carolina girl last year.

Weiner broke down in tears when the judge asked him to describe what he had done to the girl in open court on Friday.

“I engaged in obscene communications with this teenager,” said Weiner, his voice shaking and his body trembling, according to the NY TImes. He said the communications “included sharing explicit images and encouraging her to engage in sexually explicit conduct.”

Weiner was ordered to register as a sex offender where he works and lives, and he faces up to 10 years in prison when he is sentenced on Sept. 8.