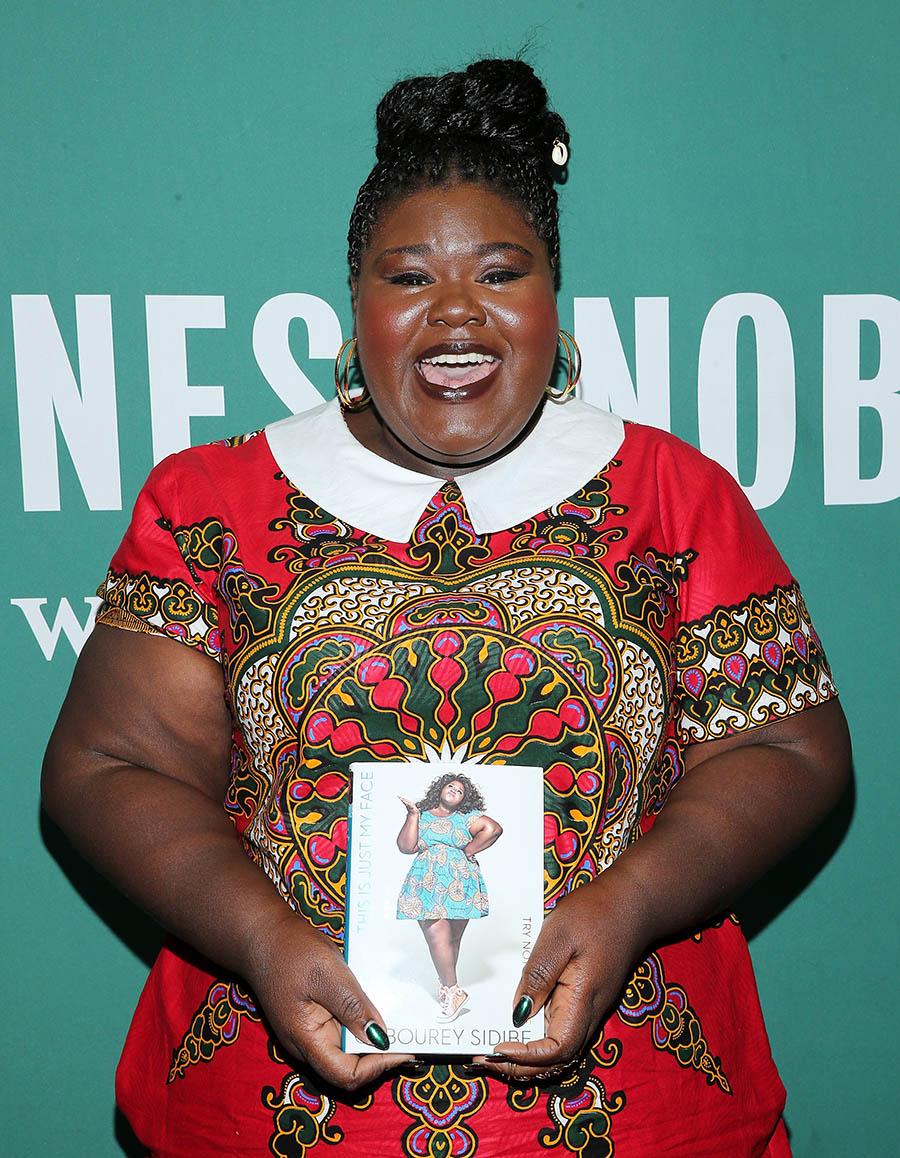 Many former patients who had the weight loss procedure remain tight-lipped about their sudden weight loss. Sidibe is equally as guarded about her new body.

"I’m bored with it. I wrote about it because I don’t want to talk about it anymore," she told the NY Times.

18 publishers vied for the rights to publish Sidibe's memoirs. Her agent wisely held an auction because Sidibe could only meet with 10 publishers.

The auction netted Sidibe a $2.5 million bid from Houghton Mifflin Harcourt for her book rights. “I was ready to sell the book for $70,000,” Ms. Sidibe said. "It was much more than I expected. I was very surprised."

In the lengthy Times article published on May 1, Sidibe discussed her morbidly obese childhood, and how she learned to distract her bullies by exuding supreme confidence and a little sarcasm.

Sidibe recounted a speech she gave at Gloria Steinem's 80th birthday party in 2014. The speech evolved from a childhood memory about baking cookies for a fourth-grade party and how she was shunned by her classmates.

She said she put her sarcastic wit and confidence to the test. She took herself by the hand and became the life of the party.

"I was like, ‘This is also my party, and I’m going to have a good time,'" she said. "I was really sarcastic and children don't understand sarcasm."

"People are always asking me why or how I'm so confident," Sidibe said. "But what they really mean is why are you so confident. They are not asking Rihanna. They are asking me, because they don’t think I should be. That’s what the cookie story was about, and that’s what started the book."