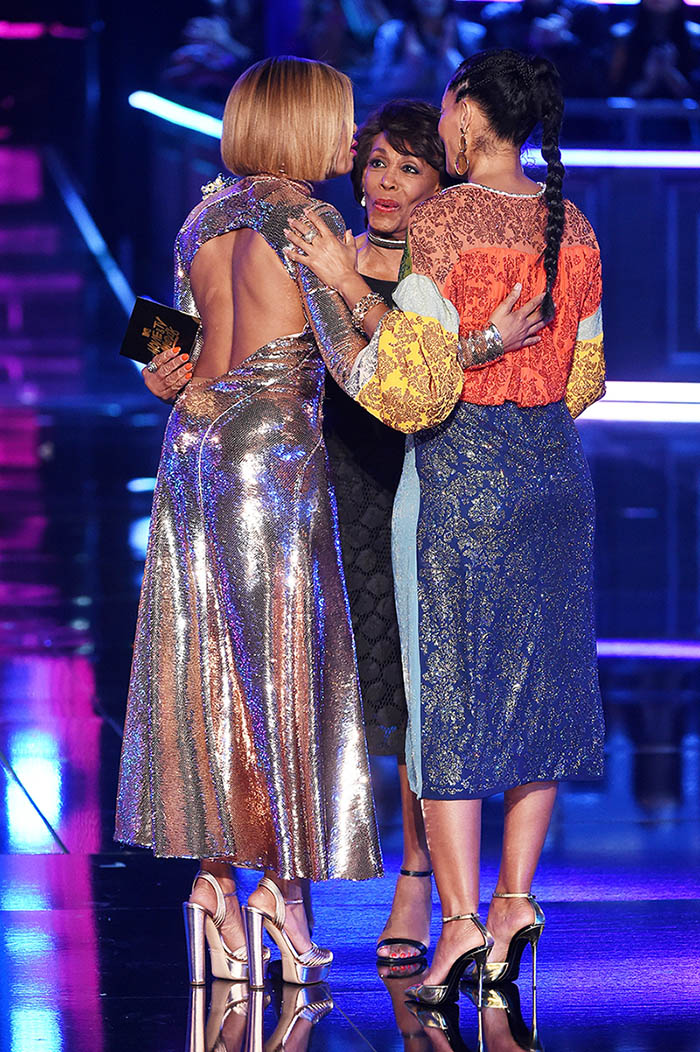 The protesters were escorted out of the meeting by police officers, while more protesters picketed outside Inglewood high school where the town hall meeting was held.

Waters, who for months has called for Trump’s impeachment, is now under threat of Impeachment herself, thanks to her anti-Trump stance.

Pro-Trump supporters are calling for Waters to be impeached amid allegations that she paid her daughter, Karen Waters, $750,000 out of taxpayer funds to mail campaign flyers.

In 2010, the House Ethics Committee investigated Waters for steering $12 million in bailout funds to a bank where her husband sat on the board and held stock.

Artwork featuring Waters' face under the words "POVERTY PIMP" and "IMPEACH MAXINE WATERS" are popping up on bus benches and a pole outside Waters' $4.8 million mansion in upscale Hancock Park -- which is worlds away from the poverty-stricken district she represents.

Her indigent constituents wonder aloud how she can afford the lavish, nearly $5 million house.

The same artwork was plastered all over Los Angeles 3 years ago.

The posters are for sale on the artist's Facebook page.