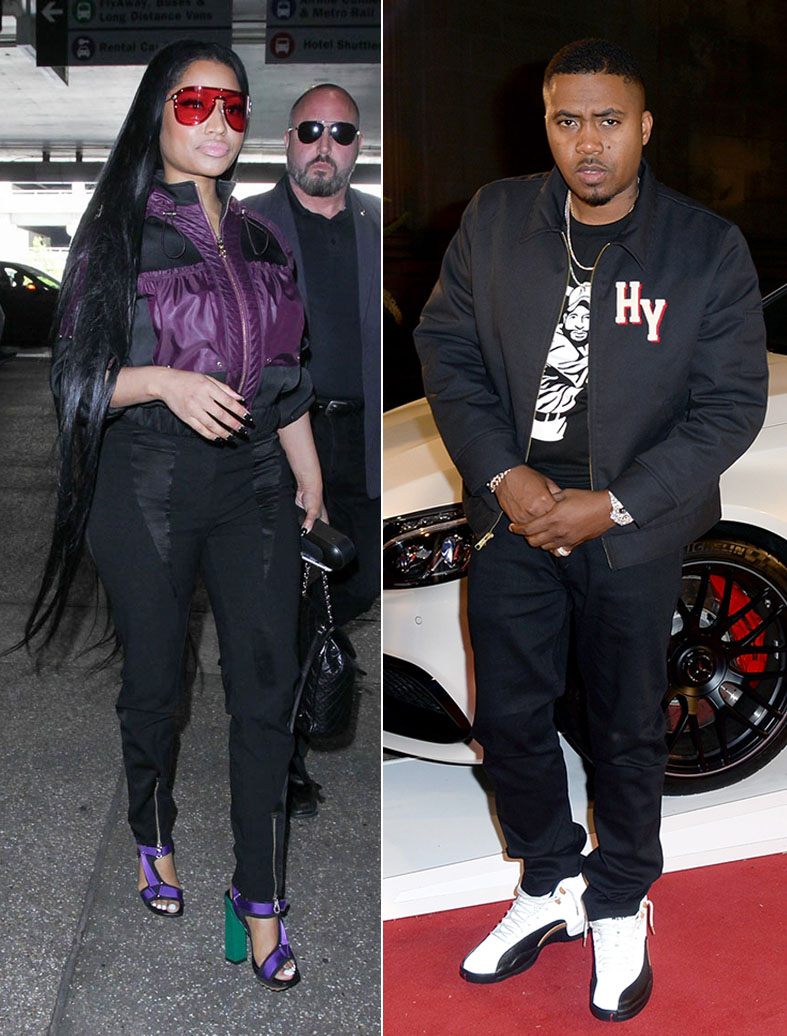 It looks like old skool rapper Nasir Bin Olu Dara Jones and rapper Meek Mill's ex-girlfriend Nicki Minaj are keeping each other warm at night. During an appearance on The Ellen Show, Minaj, 34, admitted to having "sleepovers" with the 43-year-old "Illmatic" rapper.

"There's a rumor y'all are dating, and if it's true, I'm all for it," said Ellen, who is openly lesbian.

"He's so dope," gushed Minaj, "He is the King of Queens, and I'd like to think I'm the Queen of Queens."

Minaj called Nas "a rap legend," saying, "I have a lot of respect for him. And, you know, he's kind of cute, too."

When Degeneres pressed Minaj on whether she 's having "sleepovers" with Nas, Minaj couldn't tell a lie.

Minaj's fans took that to mean she and Nas are officially dating. But we all know sleepovers mean something different to a man.

Minaj admitted that much when she confessed, "I'm just chillin' right now. I'm celibate. I wanted to go a year without dating any man. I hate men."

Minaj is still getting over her public breakup with rapper Meek Mill, who dragged her on social media.