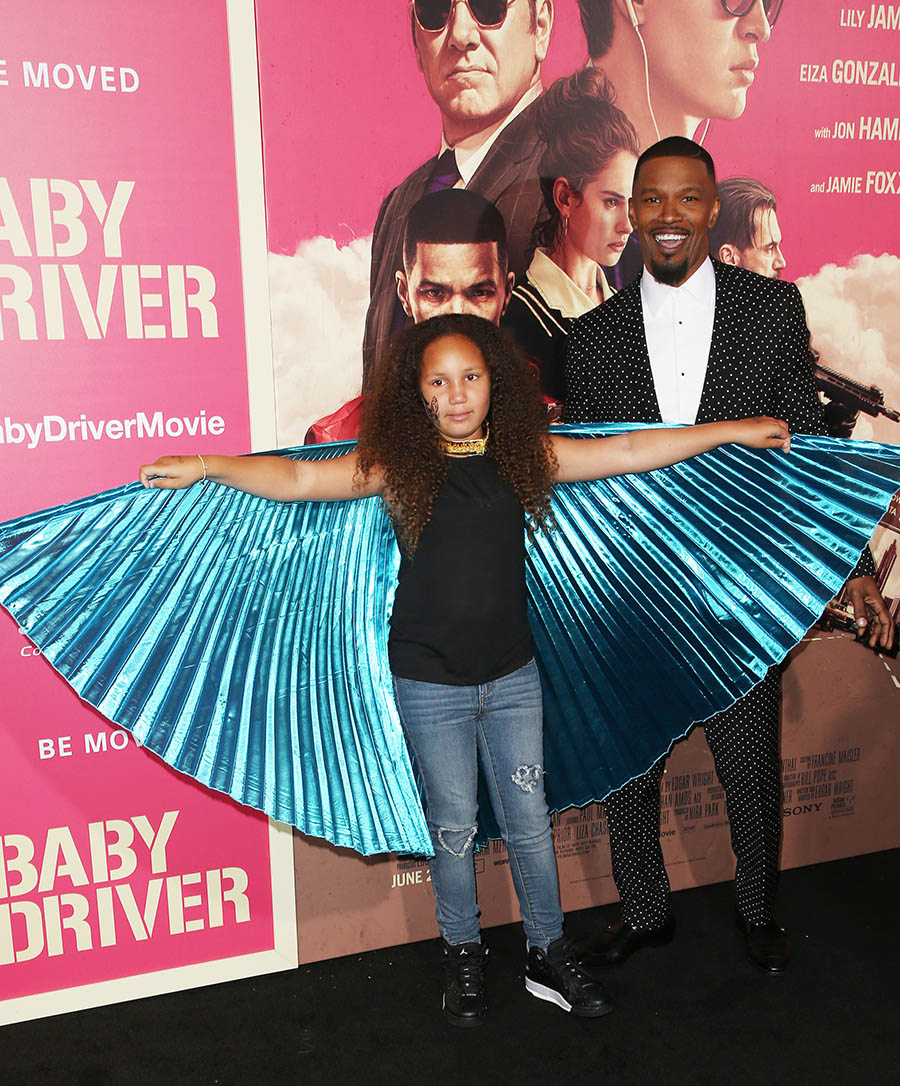 Jamie Foxx joked that his 7-year-old daughter Annalise Bishop loves the perks of being related to a famous celebrity. She especially loves showing off her famous dad.

The 49-year-old single father of two shared his story on The Graham Norton Show, where he promoted his new movie Baby Driver.

"She loves all that Hollywood stuff," the low-key comedian said of Annalise. "Someone gave me a convertible Rolls Royce to drive and she loved it with the roof down driving down Sunset Boulevard," he explained. "When we got near Soho House I said, 'We've got to put the roof up because it looks terrible arriving like this.' And, just as I put up the roof up she shouted out, 'Jamie Foxx is in the House!'"

Child experts say the children of celebrities seek attention because their parents' stardom affects their emotional growth. The children of stars are often overpraised for no reason, leaving them with a false sense of self.