The former Real Housewives of Atlanta star has fallen on hard time since she was forced to leave the popular show after running afoul of the show’s producers and co-stars.

Then the celebrity lawyer lost her reality TV job, and insiders whispered that she still hadn’t moved into the mansion in the Mt. Paran neighborhood.

Parks, whose divorce from jailbird Apollo Nida is finalized, remained in their marital residence while she “renovated” the mega mansion.

But insiders whispered that the monthly maintenance costs for the mega mansion was too much for Phaedra and she was overwhelmed.

It makes sense for the single mom to put the house on the rental market until she lands another well paying reality TV show gig. 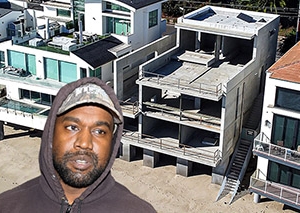