Rapper Da Brat claims she once dated promiscuous reality TV star Kirk Frost back in the day before he met and married his long-suffering wife Rasheeda Frost. As you know, Kirk and Rasheeda’s marriage is in jeopardy after she learned he sired a baby boy last year.

In an interview with Atlanta radio show Dish Nation, Da Brat, who is openly lesbian, said Frost wooed her by writing his name and number on the front and back of 20 $100 bills, and asked her to call him.

She said she called him the next day, and he eventually bought her a Lincoln Navigator, which was all the rage in those days. The equivalent today would be a fully loaded Range Rover.

Rumor has it that Kirk was a D-boy who also managed local artists. That’s how he was able to afford to buy women.

The 43-year-old rapper, whose real name is Shawntae Harris, always had a pretty young thing on her arm back in the day. So if she dated Kirk, she was probably using him for his money.

To her credit, Da Brat had longterm relationships with her women, including the young lady pictured above, who put money on her books when she was in prison for assault and battery. 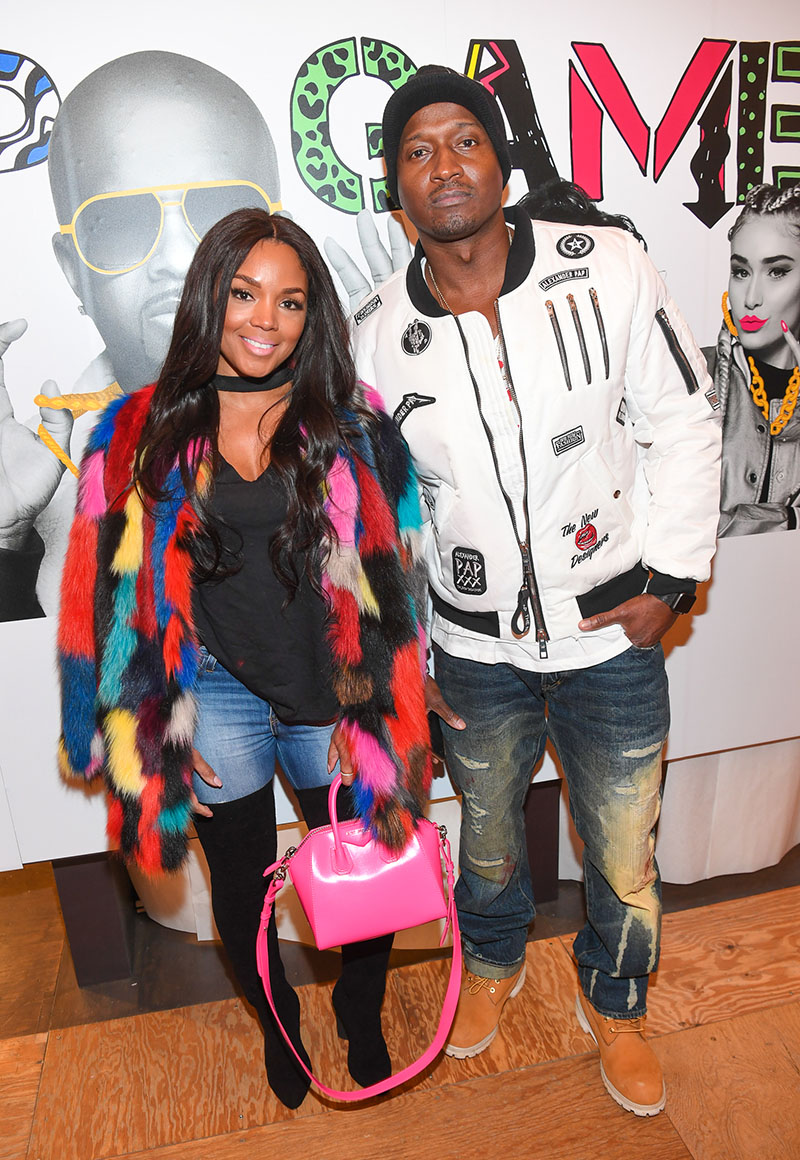 Frost, 48, and Rasheeda, 41, have two sons together. News broke recently that he sired a baby boy with a groupie. He also has half a dozen grown children by multiple women from previous relationships.

Who knew Kirk was such a player?