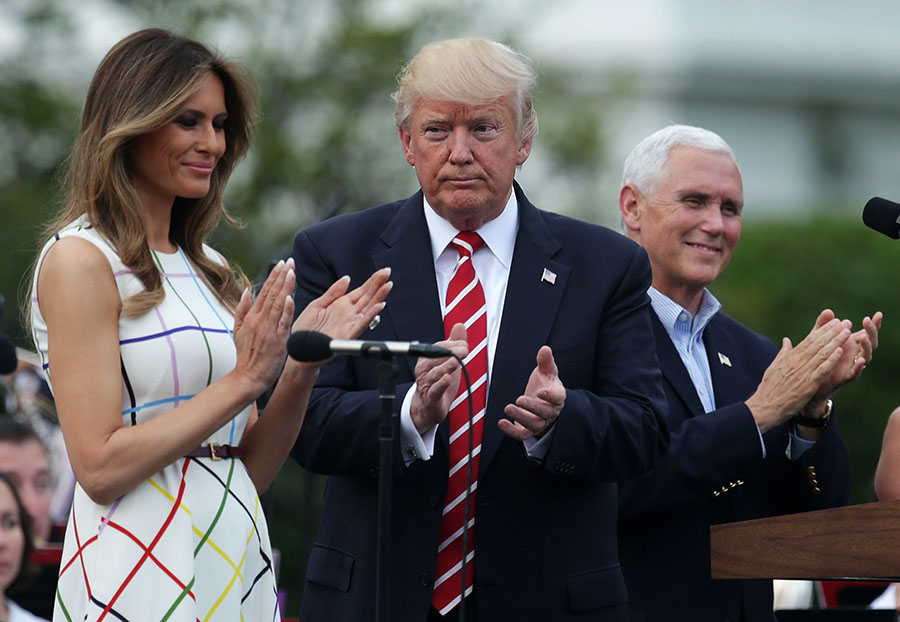 The Democrats’ last effort to remove Trump centered around the fabled Russia collusion story which turned out to be a spectacular dud.

But a new scandal is lifting their hopes.

On Sunday, President Trump tweeted a video of himself and WWE CEO Vince McMahon staging a mock fight at Wrestlemania 23 in 2007. Someone superimposed CNN’s logo over McMahon’s head and Trump retweeted the video.

Most who viewed the video found it to be uproariously funny. But CNN and other liberal media outlets are not laughing.

Anti-Trump news organizations accused the president of inciting violence against journalists. “I don’t know anyone who wants to hurt the press,” scoffed Mike Huckabee on Fox News. “They just want to laugh at [the press].”

The hysteria displayed by disingenuous CNN reporters like Ana Navarro borderered on hypocrisy — especially since she didn’t express the same disgust over a NY play that depicted the violent assassination of President Trump.

Navarro tweeted: “Trump’s anti-press/CNN tweets are not funny to me b/c i know there’s a lot of angry wack-jobs out there.”

As the hysteria on the left grew, about 25 Democrats backed a new bill to remove Trump based on archaic language in the U.S. Constitution that allows for the removal of a sitting president if he is found to be mentally unfit.

The Democrats are playing into the growing fears of GOP members who believe Trump’s juvenile Twitter antics hurts the Republican Party.

The Drudge Report claims the Republicans’ latest worry is a divided White House. Supposedly there is tension between the two staffs in the White House.

“Trump does something and Mike Pence has to do cleanup,” Republican strategist Doug Heye said. “That can be very frustrating for staff.”

My colleagues & I get this daily. Trump's anti-press/CNN tweets are not funny to me b/c i know there's a lot of angry wack-jobs out there. pic.twitter.com/AFIyTwoyu6

My son, who was born with a large CNN logo for a head saw the video and thought it was really me, his father, who also has a large CNN head