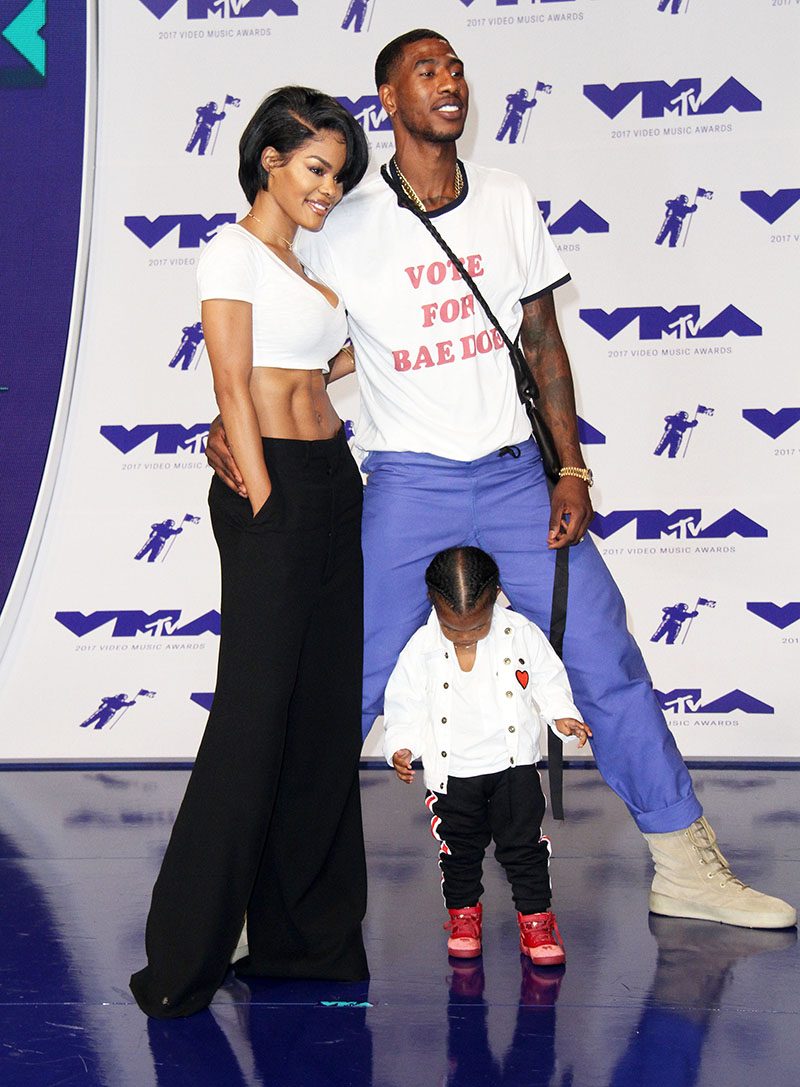 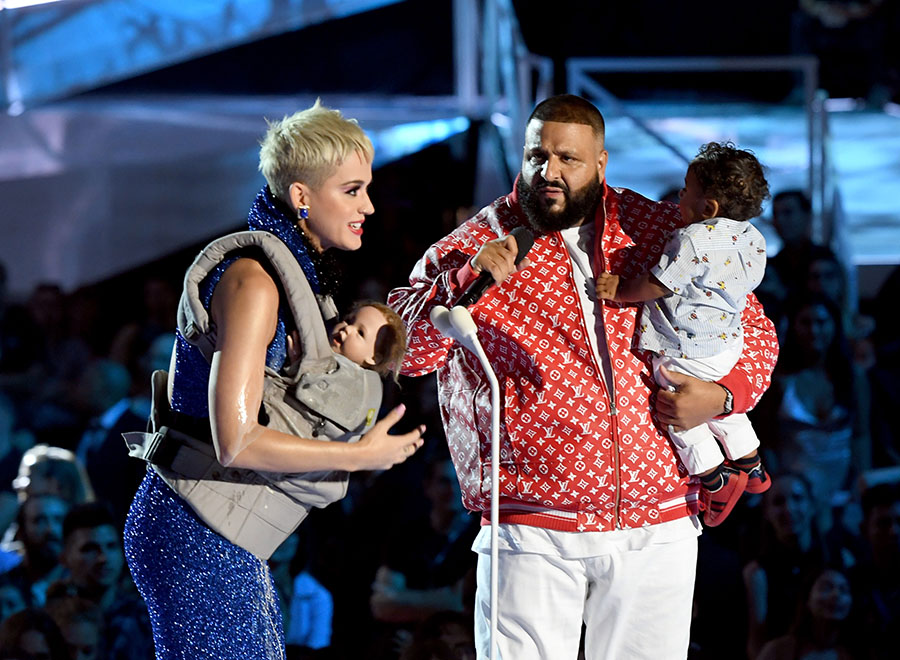 Host Katy Perry angered Black Twitter when she appeared to mock DJ Khaled‘s adoration for his only son, Asahd Tuck Khaled, 10 months. Perry wore a baby carrier with a fake baby onstage. She told the audience: “My management told me I should have a fake baby to increase the publicity and have more followers. This is Bella, sponsored by Fit Tea.”

It was clearly an attack on Khaled’s self-esteem, which he masks by putting his son on display every chance he gets. But she didn’t have to go there. It was painful watching Khaled’s facial expression as she made a fool out of him in front of a national TV audience.

The criticism was harsh. But the backlash against the critics was puzzling to say the least. One major blog wrote a scathing post condemning Katy’s joke last night. That post was deleted this morning. All of the videos of Perry’s fake baby stunt were also scrubbed from the Internet over night.

I guess we know who wields all the power in Hollywood? If anyone finds a video of Katy Perry’s fake baby stunt, please post it in the comments.

Even Katy perry's fake baby knows how terrible she is at hosting #katyperry #VMAs pic.twitter.com/0vs2wJu0YN

I turn on TV Land to find Katy Perry on stage rubbing a fake baby's head that the spits up on her.

Why can't I find a video from the moment Katy Perry said that with the fake baby?! ?