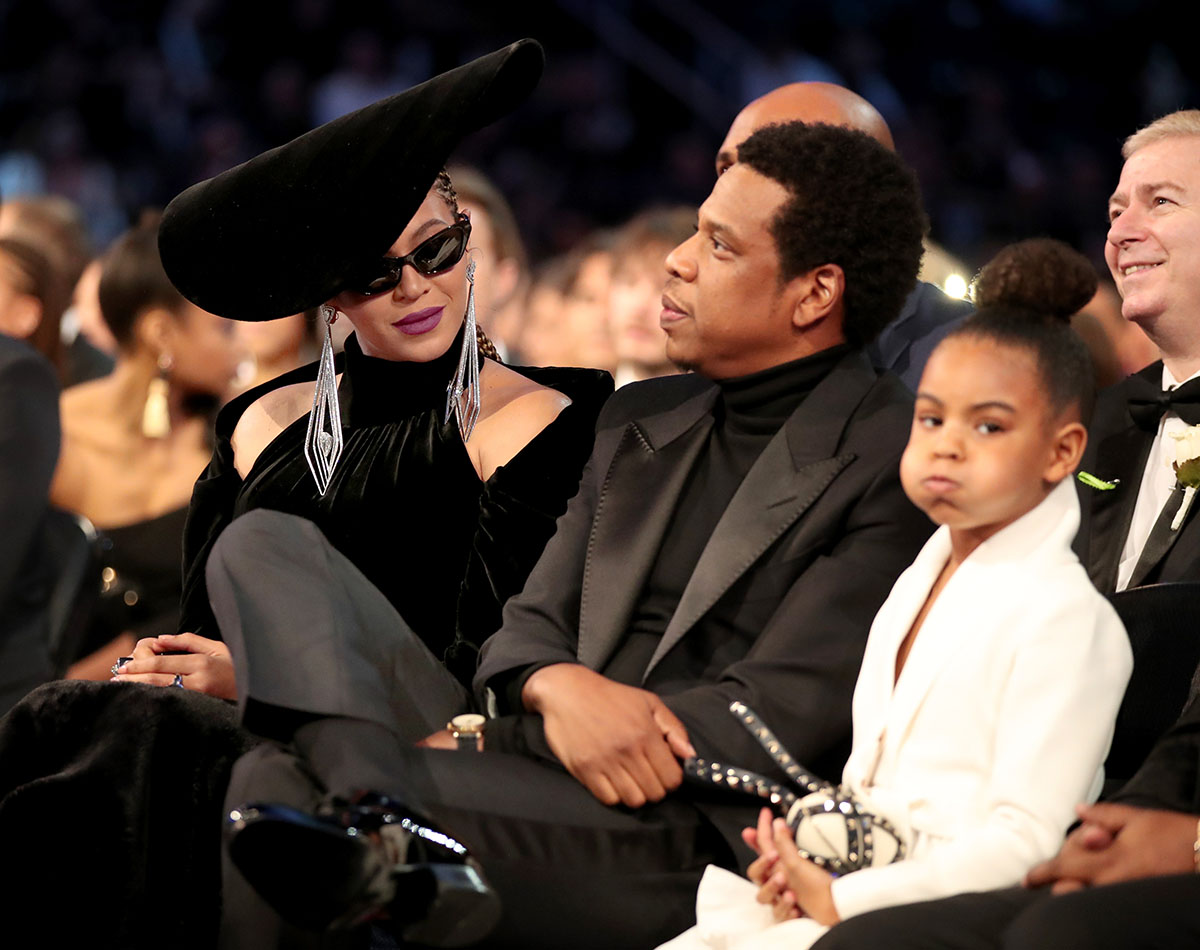 Trump curse? Rapper JAY-Z was completely shut out at the 60th Annual GRAMMY Awards, despite leading all GRAMMY nominations with eight at Madison Square Garden on Sunday, January 28, in New York City.

Hours before the live telecast, JAY-Z accomplished something rapper Eminem could not: he got the attention of President Donald Trump on Twitter.com.

On Sunday morning, Trump tweeted: "Somebody please inform Jay-Z that because of my policies, Black Unemployment has just been reported to be at the LOWEST RATE EVER RECORDED!"

The president apparently took issue with JAY-Z telling CNN's Van Jones that the drop in black unemployment under Trump meant nothing because "money doesn't equate to happiness". 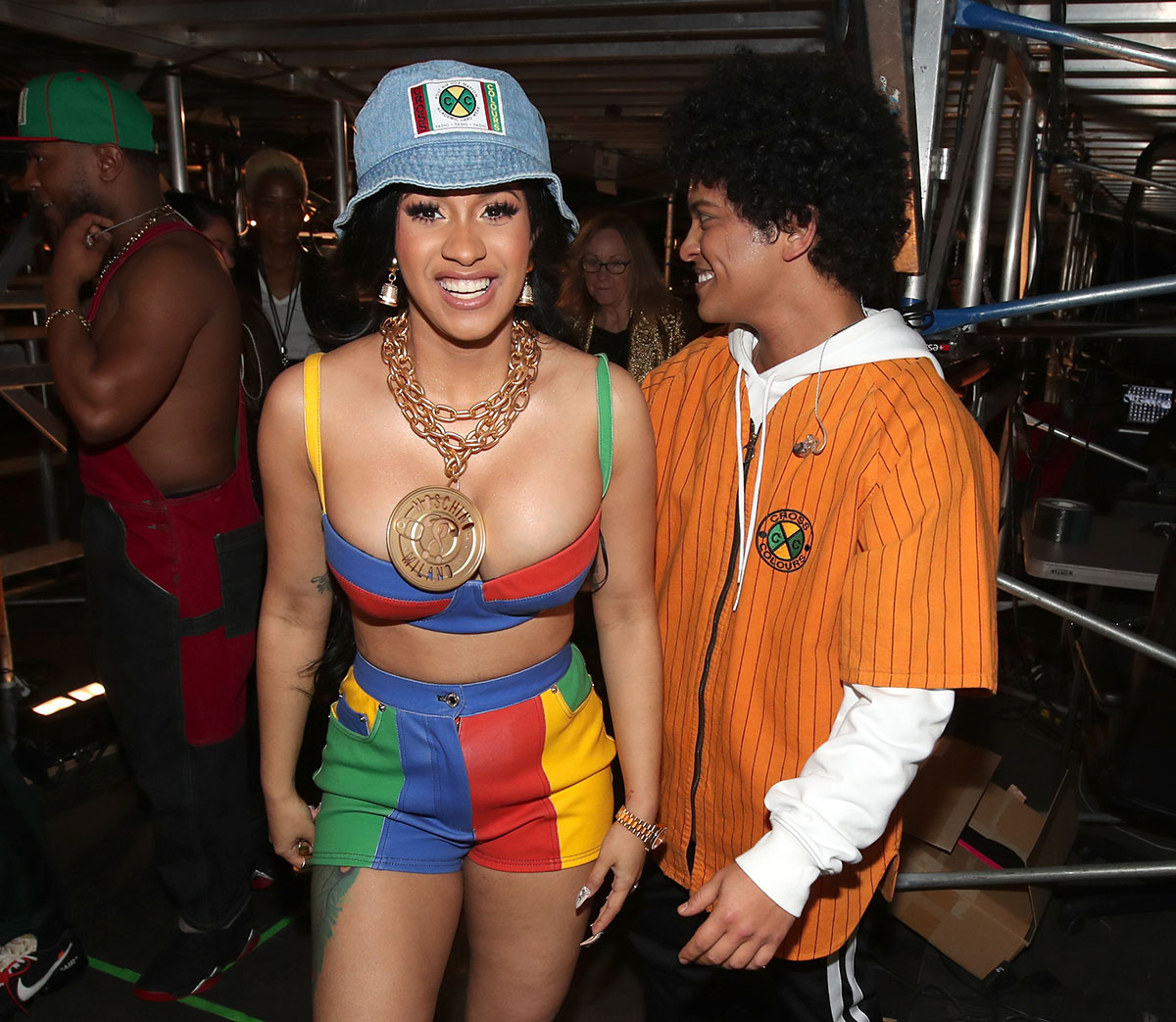 Hawaiian native Bruno Mars (pictured backstage with rapper Cardi B) swept the 2018 Grammy Awards as his 2016 album 24K Magic was crowned the surprise winner of both Album and Record of the Year. 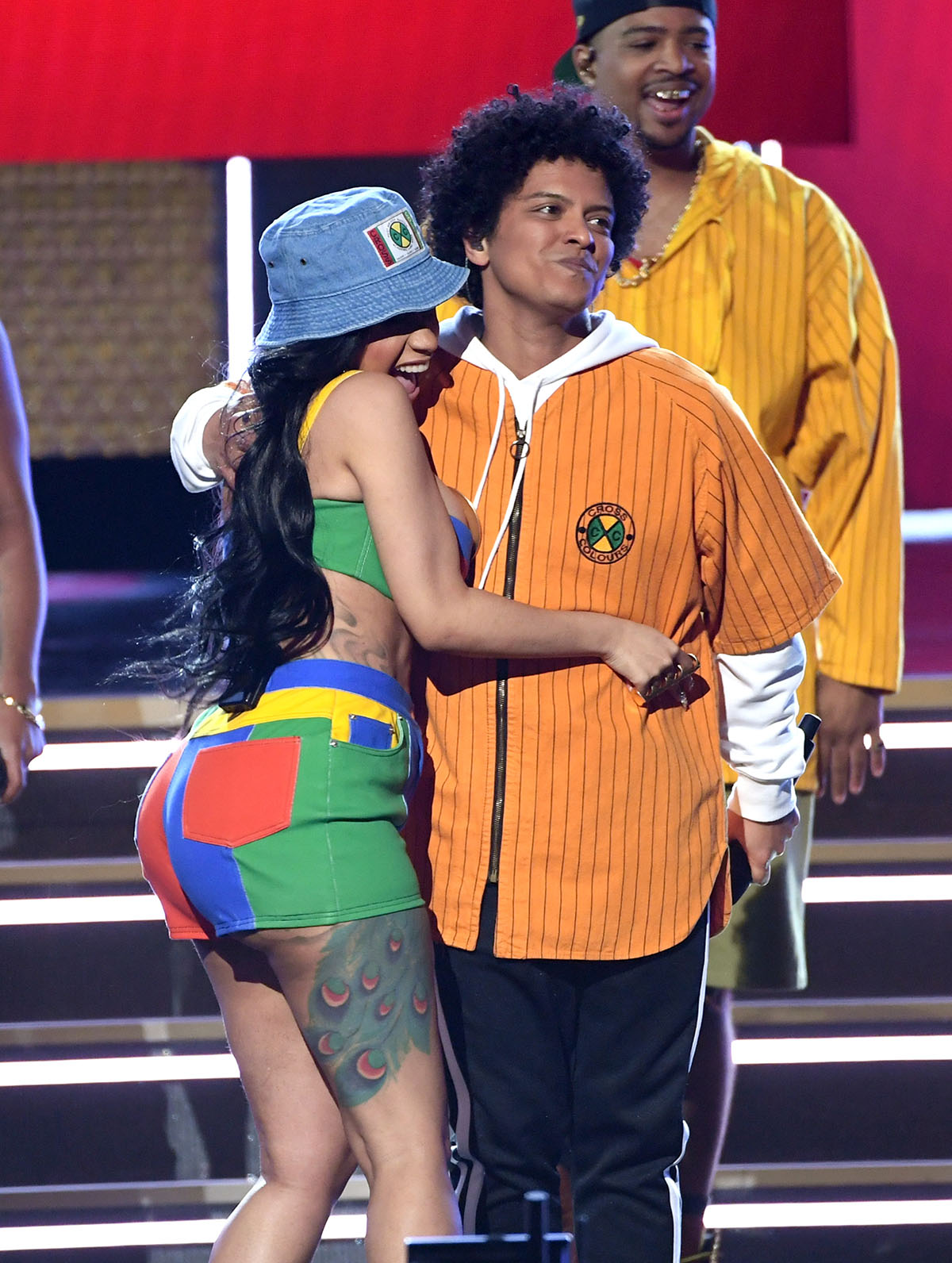 Social media users expressed outrage that JAY-Z's critically-acclaimed album 4:44 was snubbed, while Bruno won AOTY and Best R&B Album for 24K Magic which was released back in 2016. Bruno's hit single "That's What I Like" also snagged the Song of the Year, Best R&B Performance, and Best R&B Song honors. 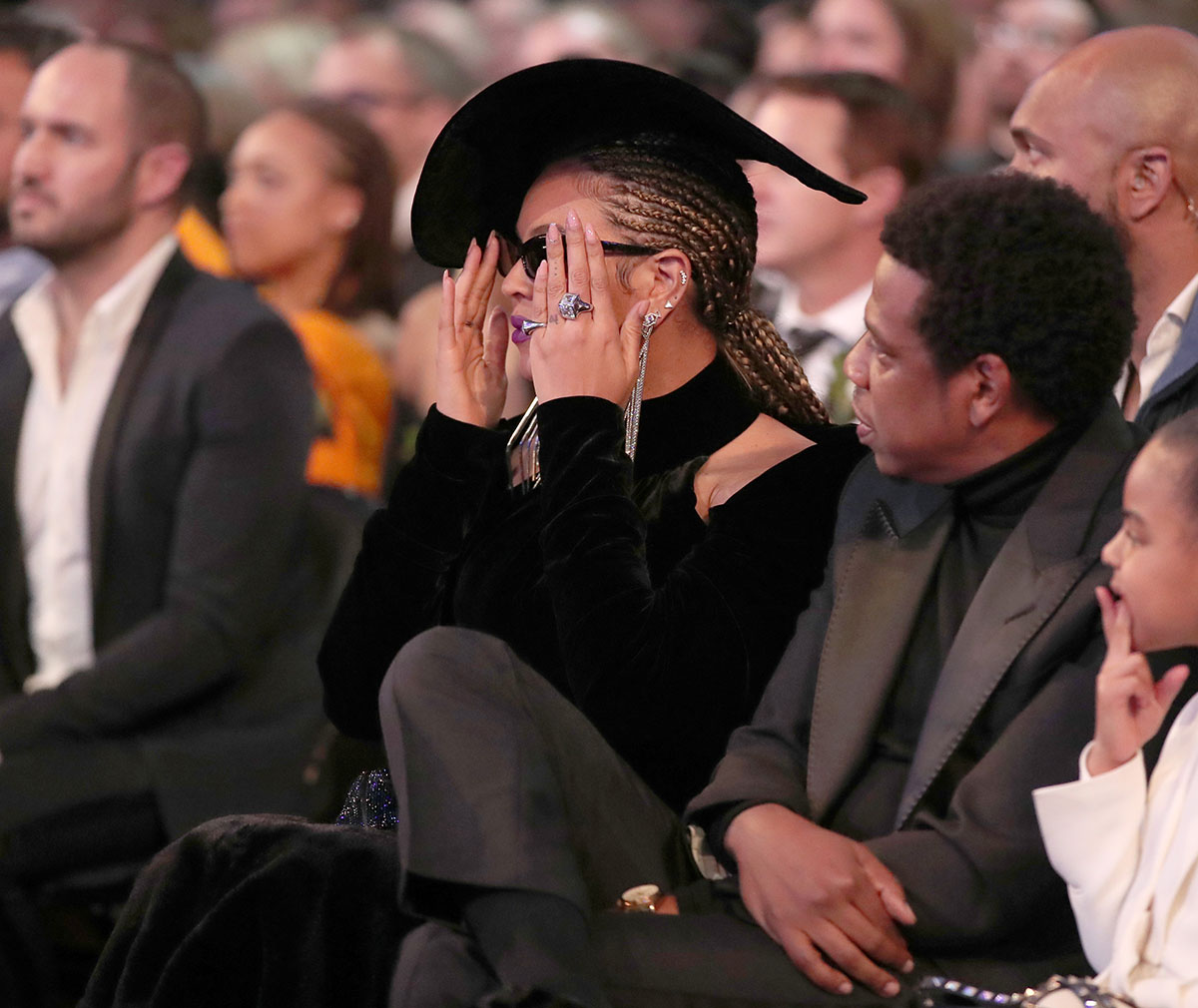 Bruno picked up every trophy he was nominated for, while JAY-Z could only simmer in the front row with his sharply-dressed wife Beyonce and their 6-year-old daughter, Blue Ivy Carter. 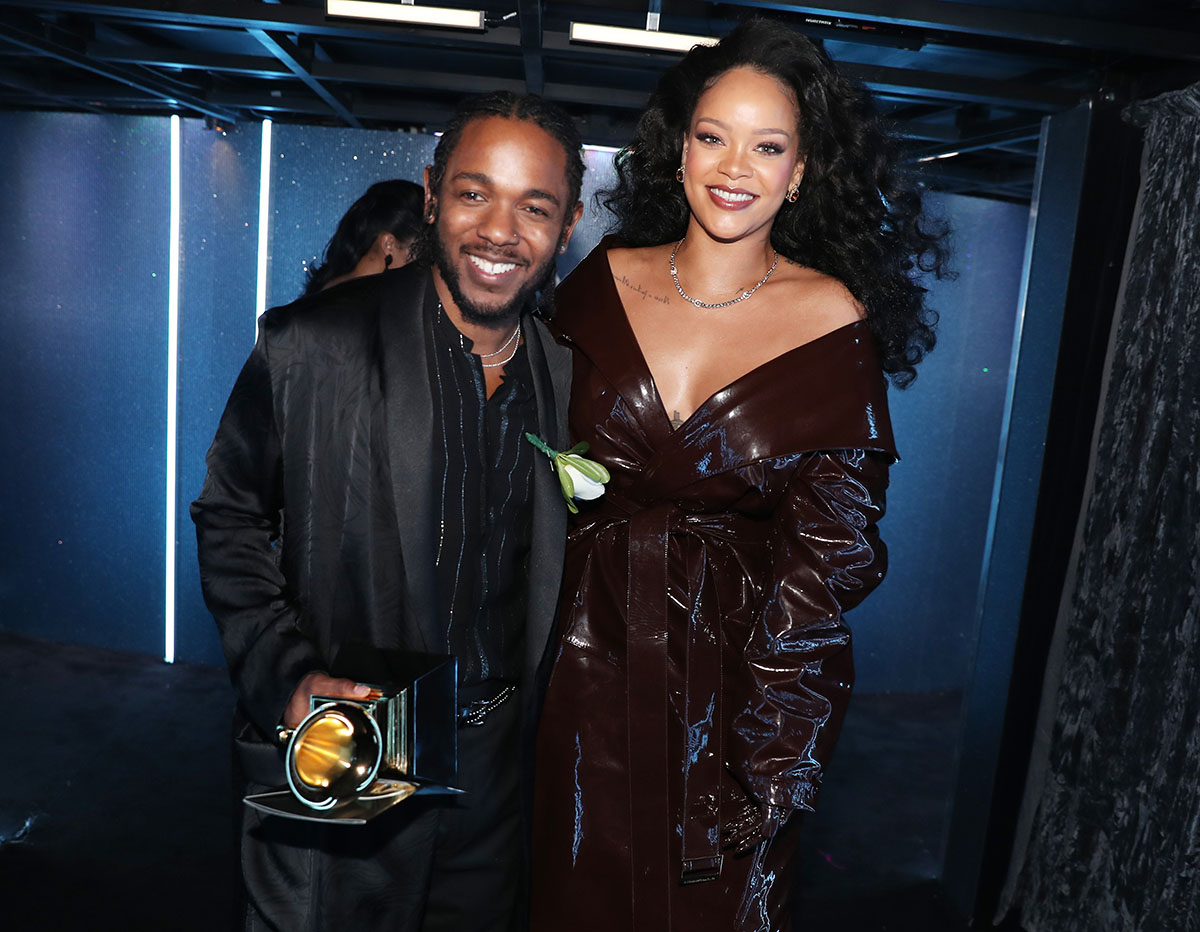 Kendrick Lamar, who opened the ceremony with U2's Bono and The Edge, dominated the rap categories with Best Rap Album for DAMN., Best Rap Performance and Best Rap Song for HUMBLE., and Best Rap/Sung Performance for LOYALTY., for which Bajan singer Rihanna also won a GRAMMY. 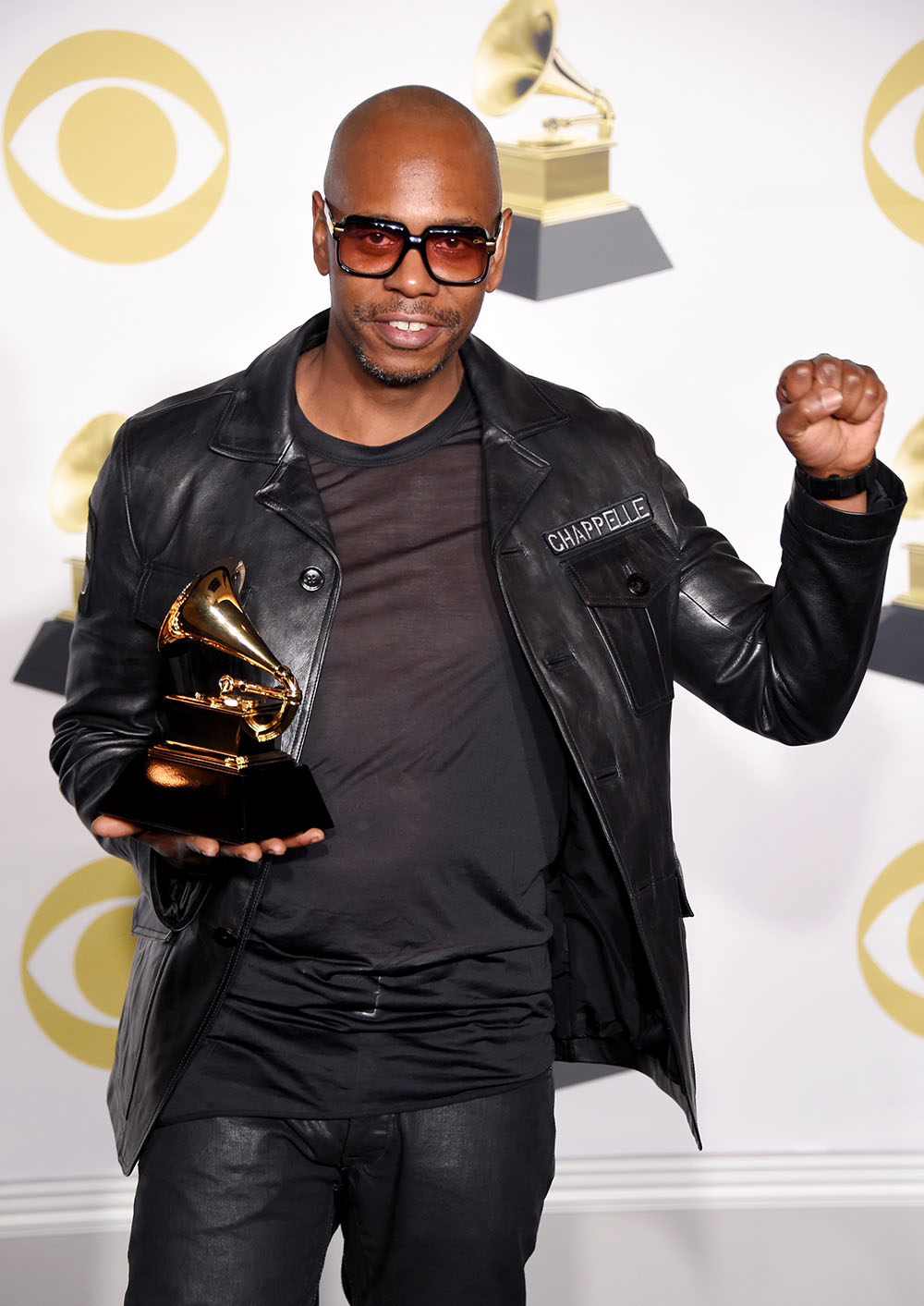 Among the other winners, comic Dave Chappelle (pictured) won a GRAMMY for Best Comedy Album; Chris Stapleton landed 3 GRAMMYS, and Ed Sheeran, who skipped the telecast this year, was a double honoree.

Justin Bieber, who also skipped the GRAMMY's (because its "irrelevant"), missed out on a GRAMMY for his collabo "Despacito".

The winners of the 60th Annual Grammy Awards are:

Album of the Year:

Record of the Year:

Song of the Year:

Shape Of You - Ed Sheeran

Feel It Still - Portugal. The Man

Never Have To Be Alone - CeCe Winans

What A Beautiful Name - Hillsong Worship

The Defiant Ones - (Various Artists).