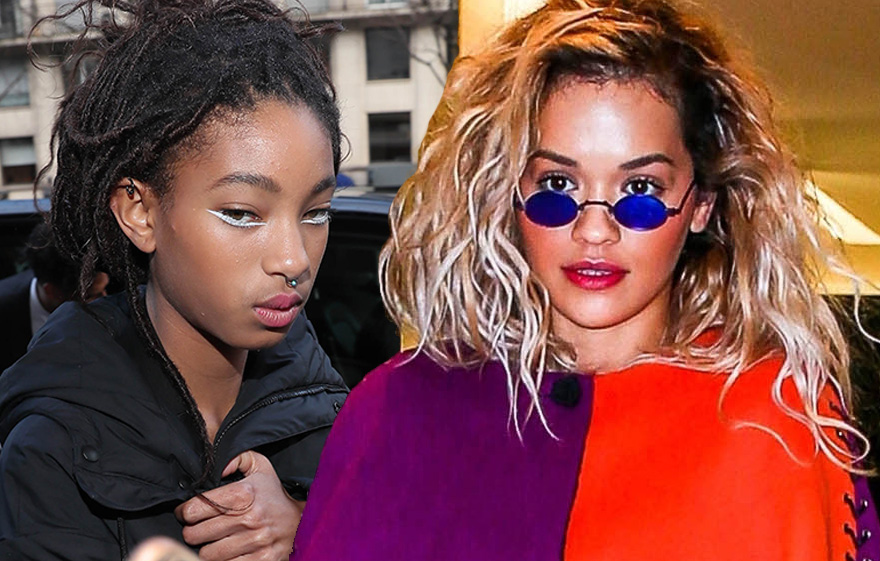 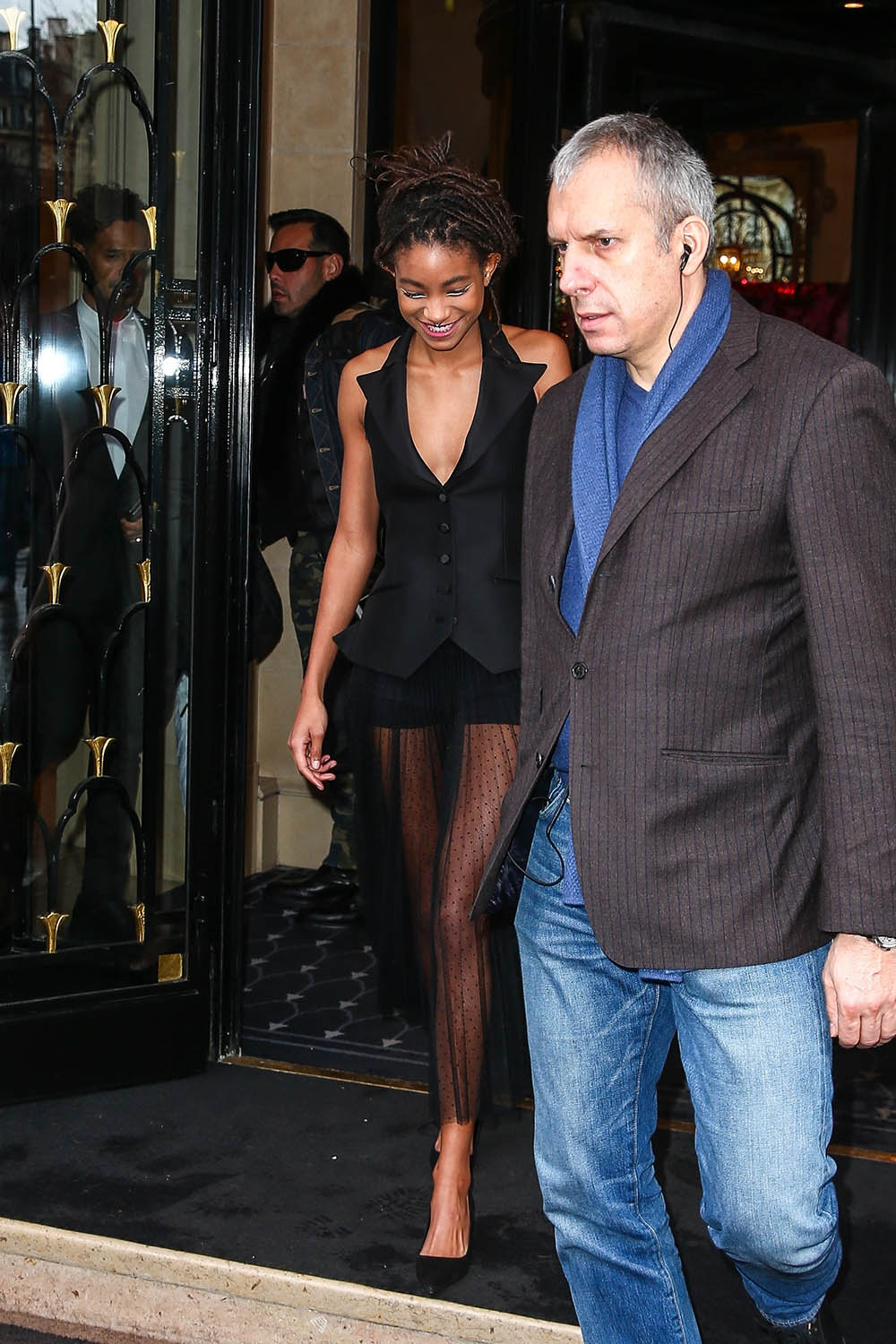 Willow Smith, 17, was seen departing the George V Hotel in Paris, wearing an all black vest over a black sheer skirt. Earlier she attended the Dior runway show. Willow was named as the new face of Chanel in 2016. Her brother, Jaden Smith, was named as the face of Louis Vuitton in 2017. 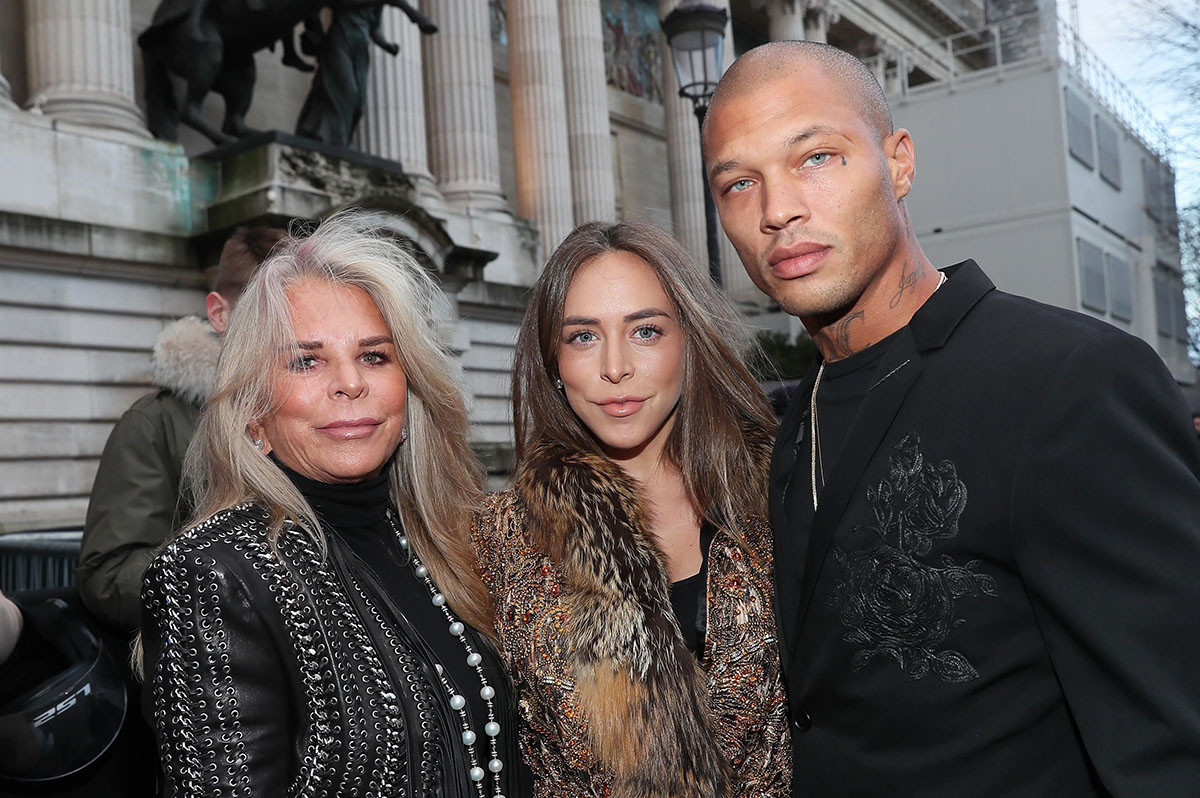