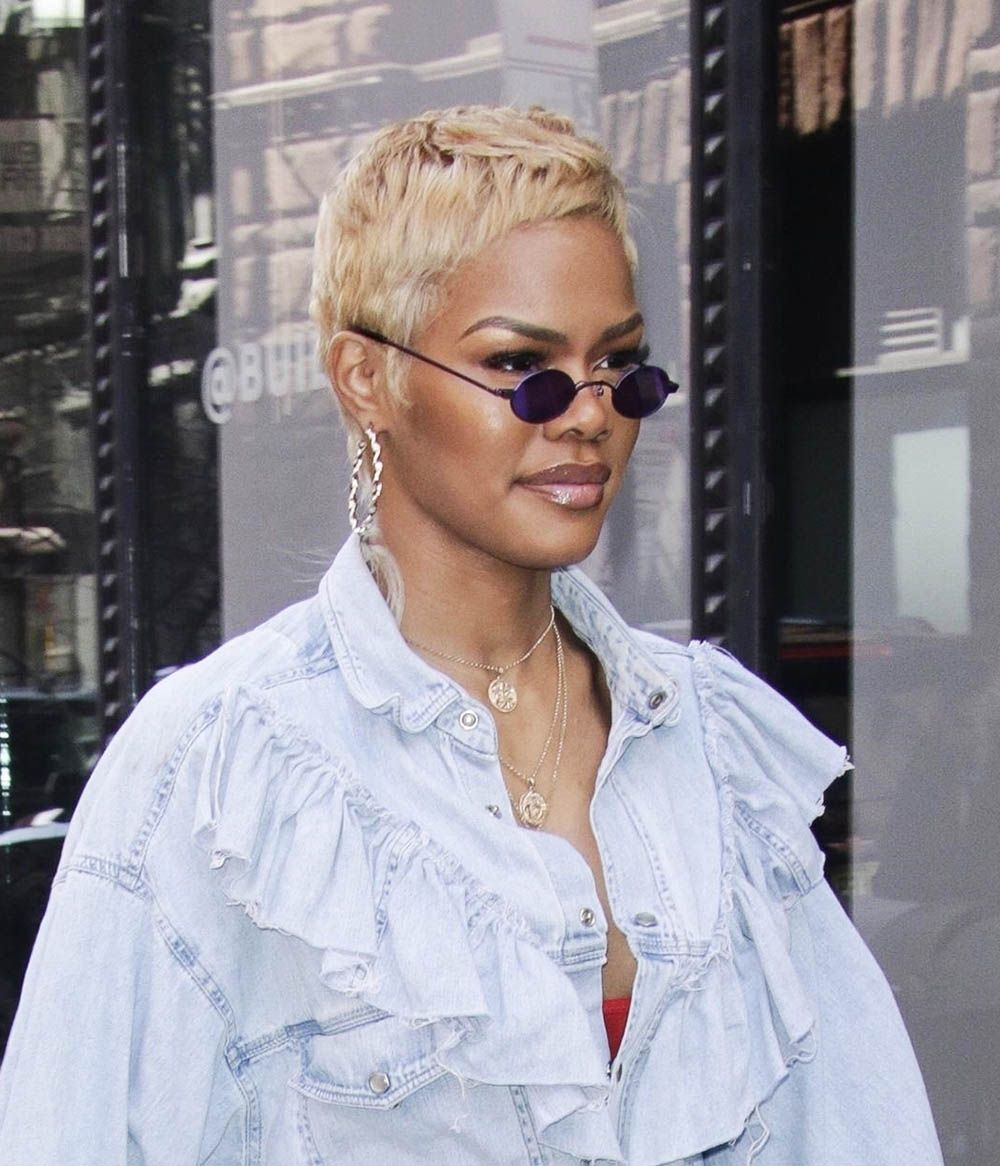 Teyana Taylor arrived at AOL Build event in NYC on Friday, where she debuted a cute short blonde hairdo. She was dressed in a casual denim outfit accessorized with a blue GDCS fanny pack and Kanye West's Yeezy Season 3 Combat Boots. 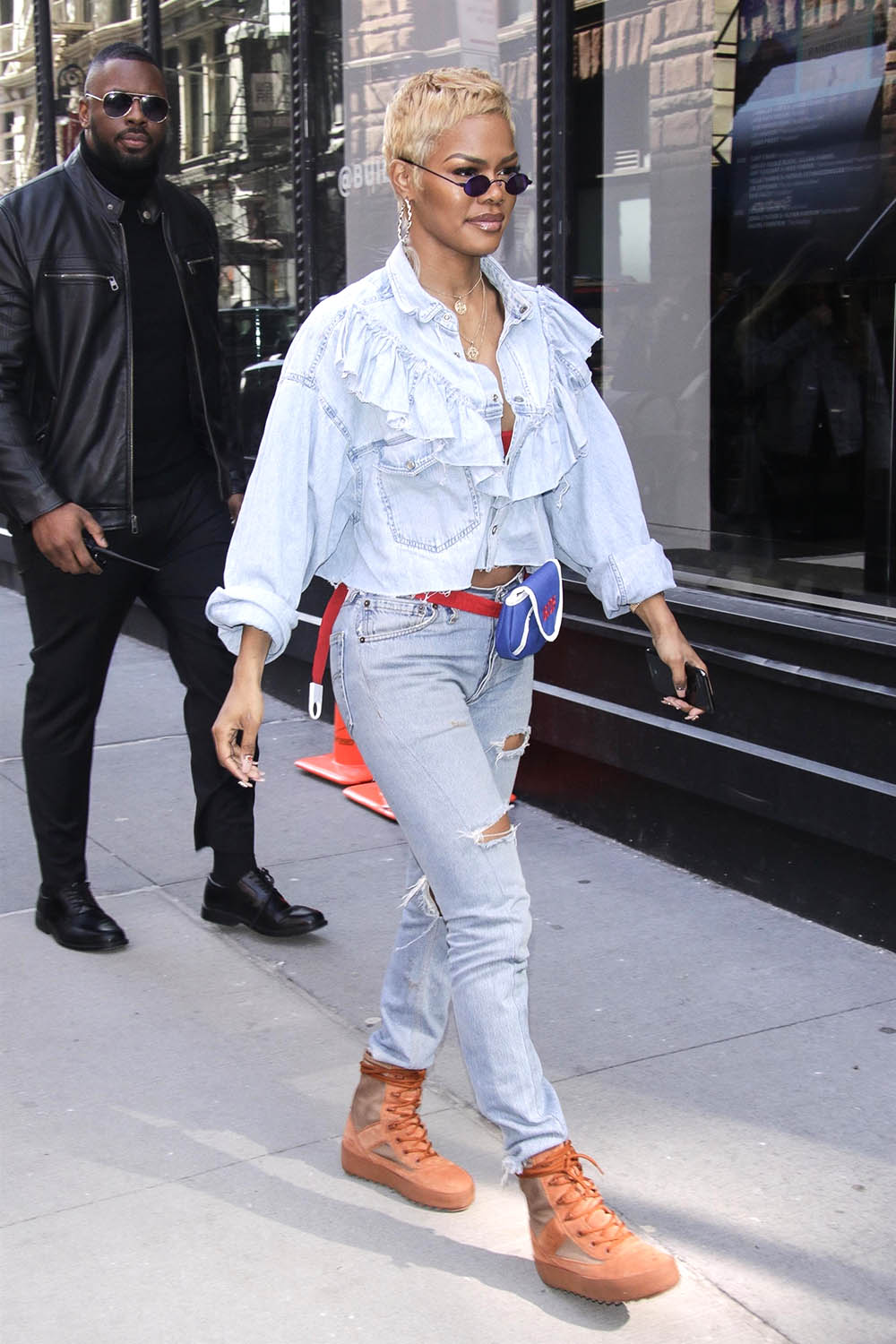 The stylish singer and reality TV star paused to greet her fans outside the event. The 27-year-old mom-of-one was shadowed by a bodyguard.

In an interview with Page Six this week, Teyana said she and husband Iman Shumpert, also 27, put their sex life on hold because their 2-year-old daughter, Iman Shumpert, Jr. is going through the sometimes difficult "Electra complex" stage of child development.

The Electra complex is a competition between a little girl and her mother for the affection and attention of her father.