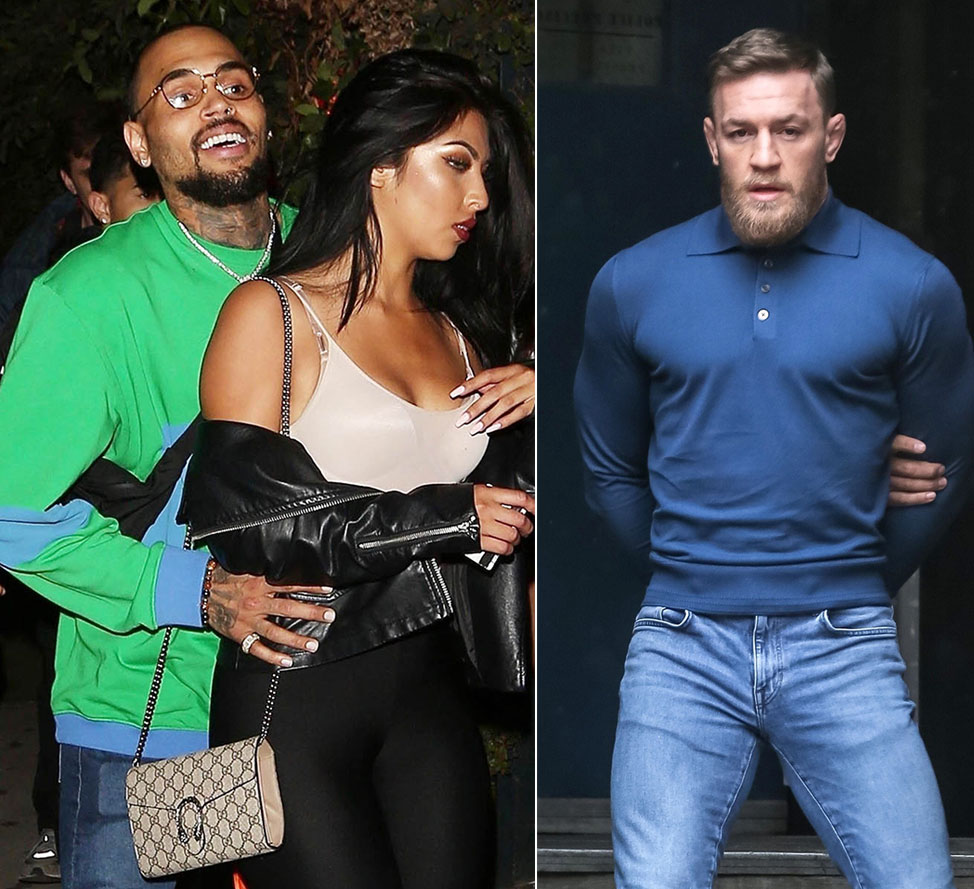 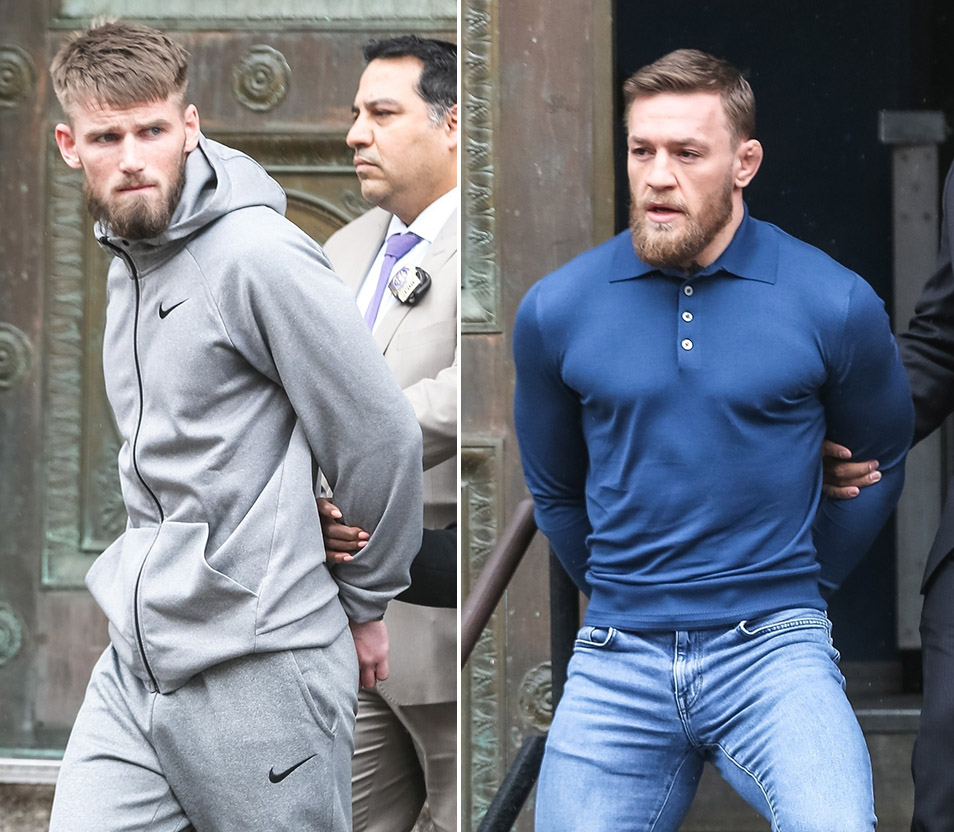 McGregor, 29, was caught on video throwing a hand dolly through a bus window. The bus was carrying UFC fighters at a UFC 223 media event at the Barclays Center in Brooklyn.

McGregor's teammate, Cian Cowley, left, was also arrested and charged with assault and criminal mischief. Both fighters were photographed being perp walked from the police precinct.

"He came into the Barclays Center, attacked our fighters and attacked my staff with a bunch of guys. No, you don't get my help on this one," said UFC President Dana White.

Dr. Dre’s oldest daughter is homeless, living out of her car