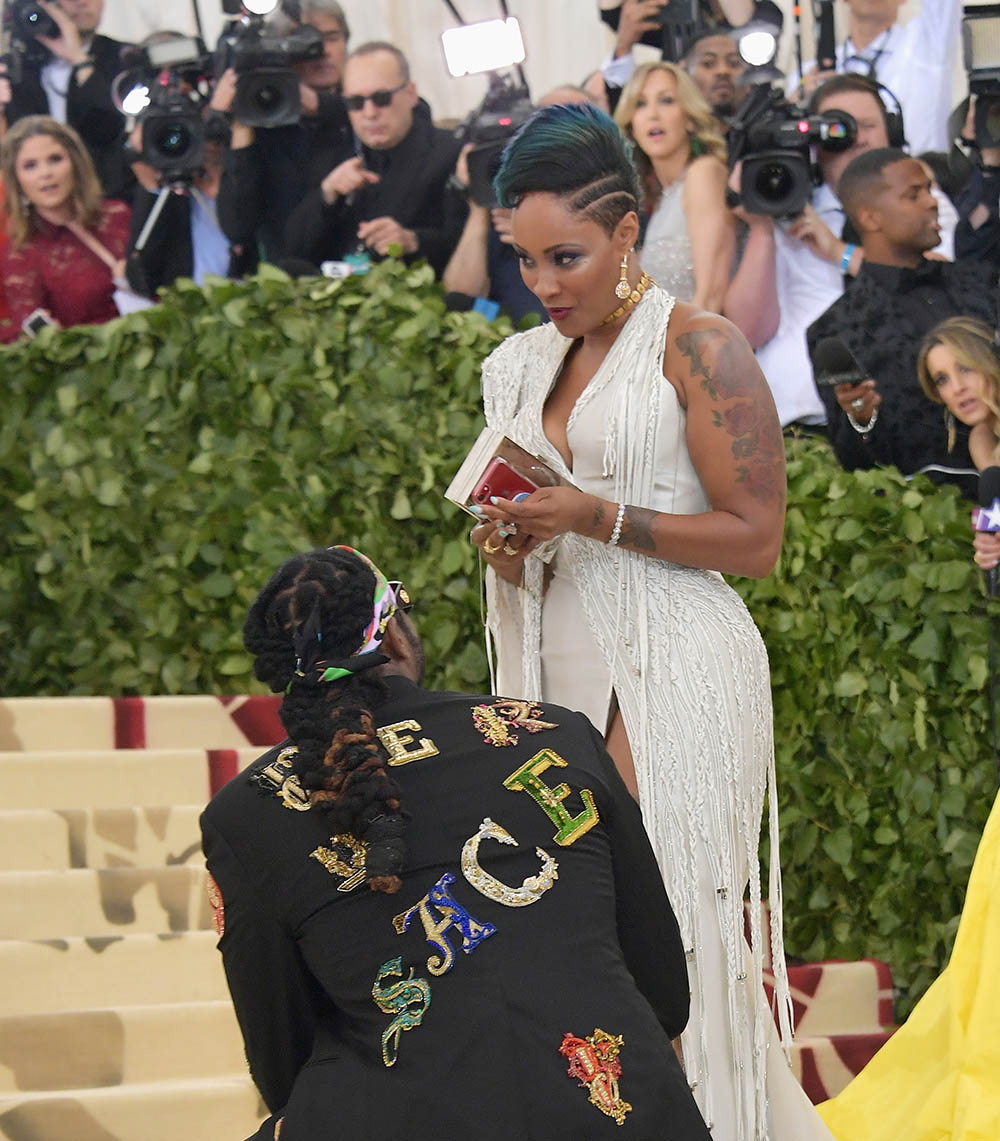 Rapper 2 Chainz got down on one knee and proposed to his longtime girlfriend Kesha Ward at the 2018 Metropolitan Museum of Art Costume Gala on Monday night in New York City. 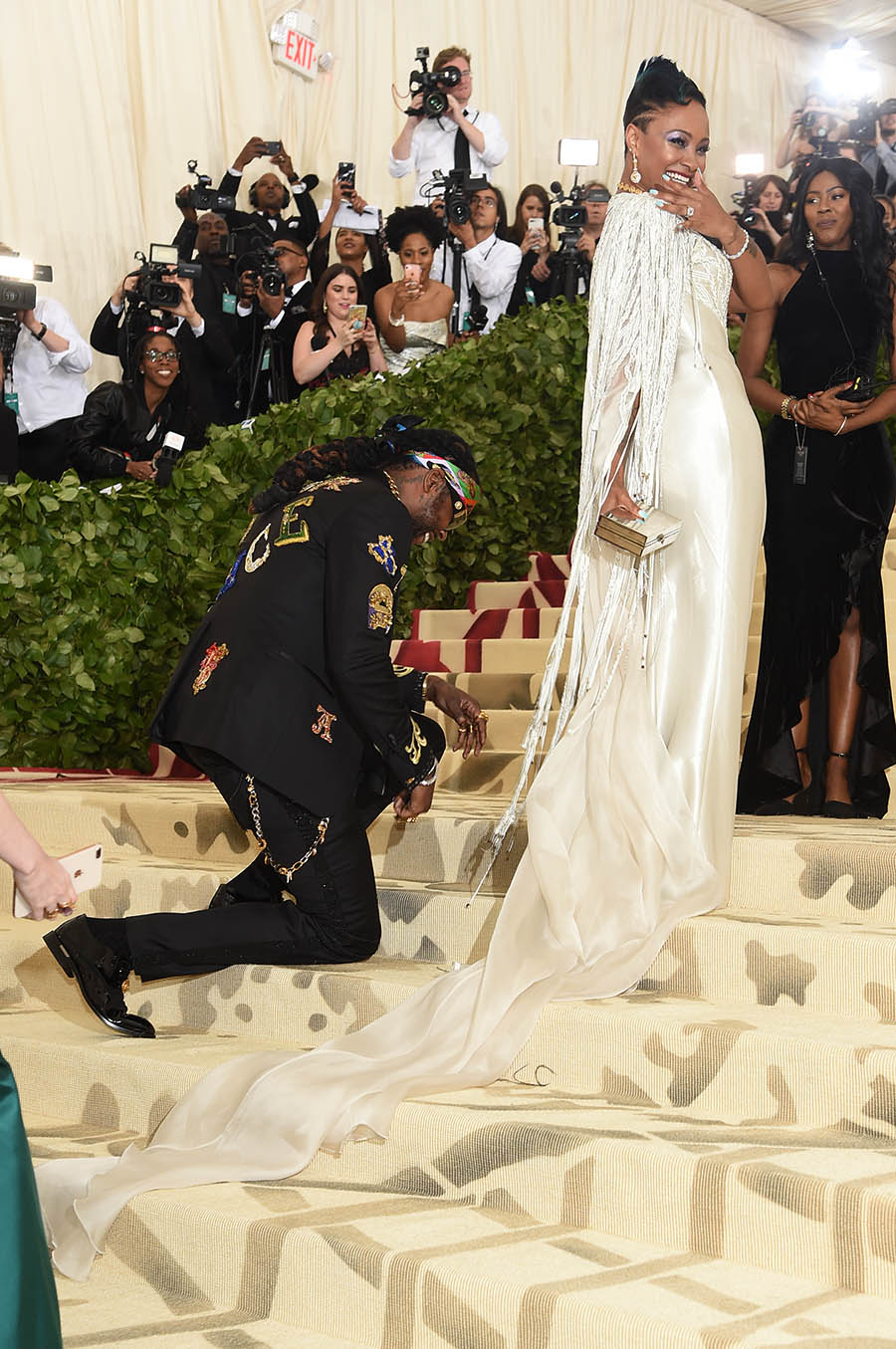 The evening's theme was "Heavenly Bodies: Fashion & The Catholic Imagination," which gave the rapper the inspiration to pop the question.

It was a touching moment for Kesha who held the rapper down for years and years while he performed "Duffle Bag Boy" in smoke-filled dingy nightclubs as the opening act for washed-up rappers as one half of the Playaz Circle rap duo.

Insiders whispered that 2 Chainz and Kesha were married years ago. They have three children together.

2 Chain, whose real name is Tauheed Epps, wore Versace for the special occasion.