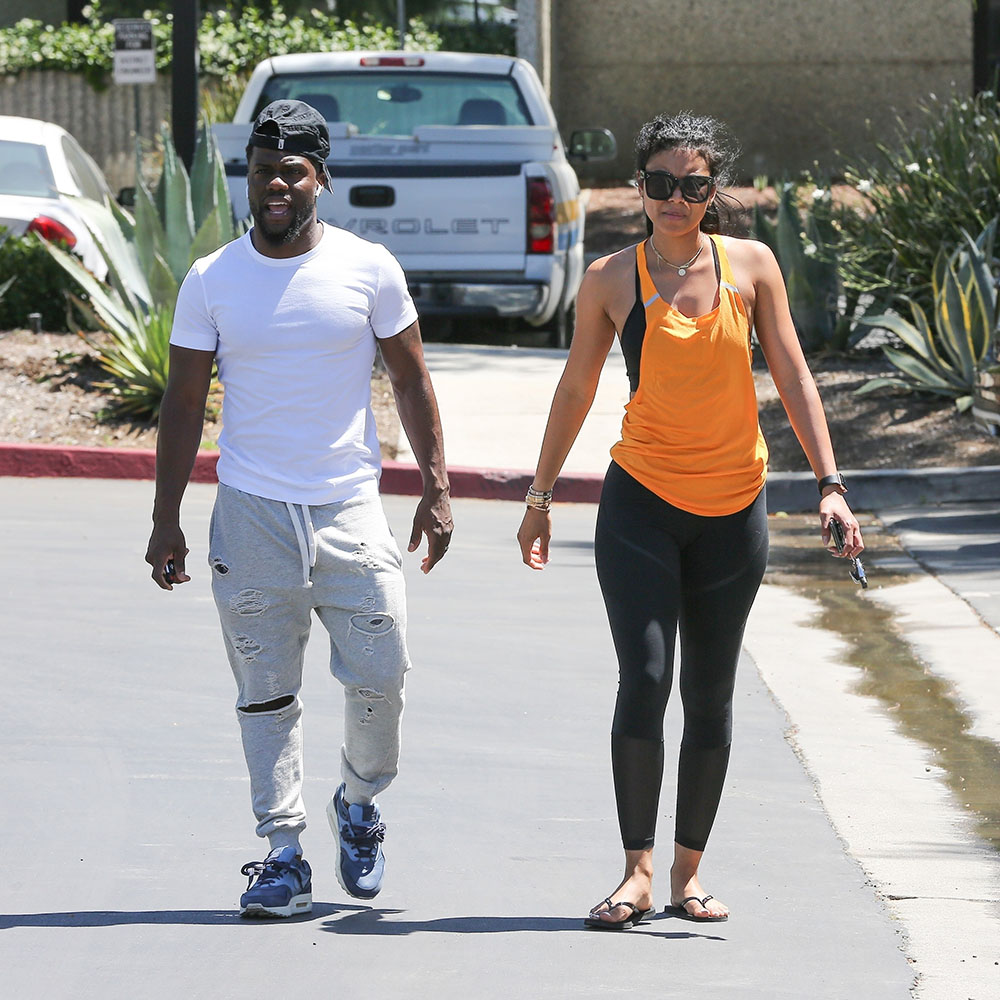 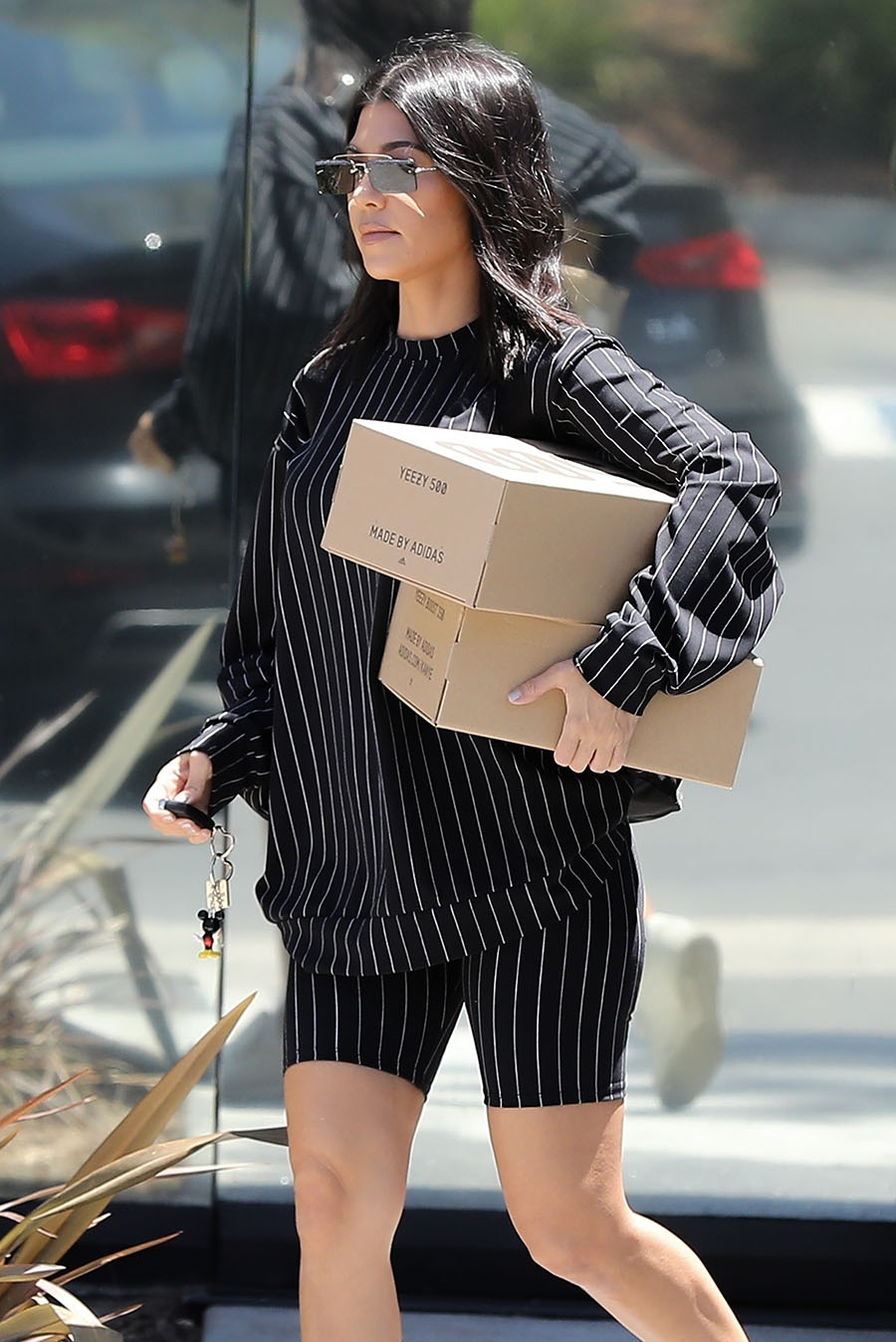 Kourtney Kardashian, Kendall Jenner (not pictured) and others stopped by Kanye's office earlier to pick up the coveted new sneakers before they are available in stores.

The new Yeezy Desert Rat 500 sneakers are available in "utility black" coloray and will retail for $200 to $1,300, depending on whether you can find a pair online. 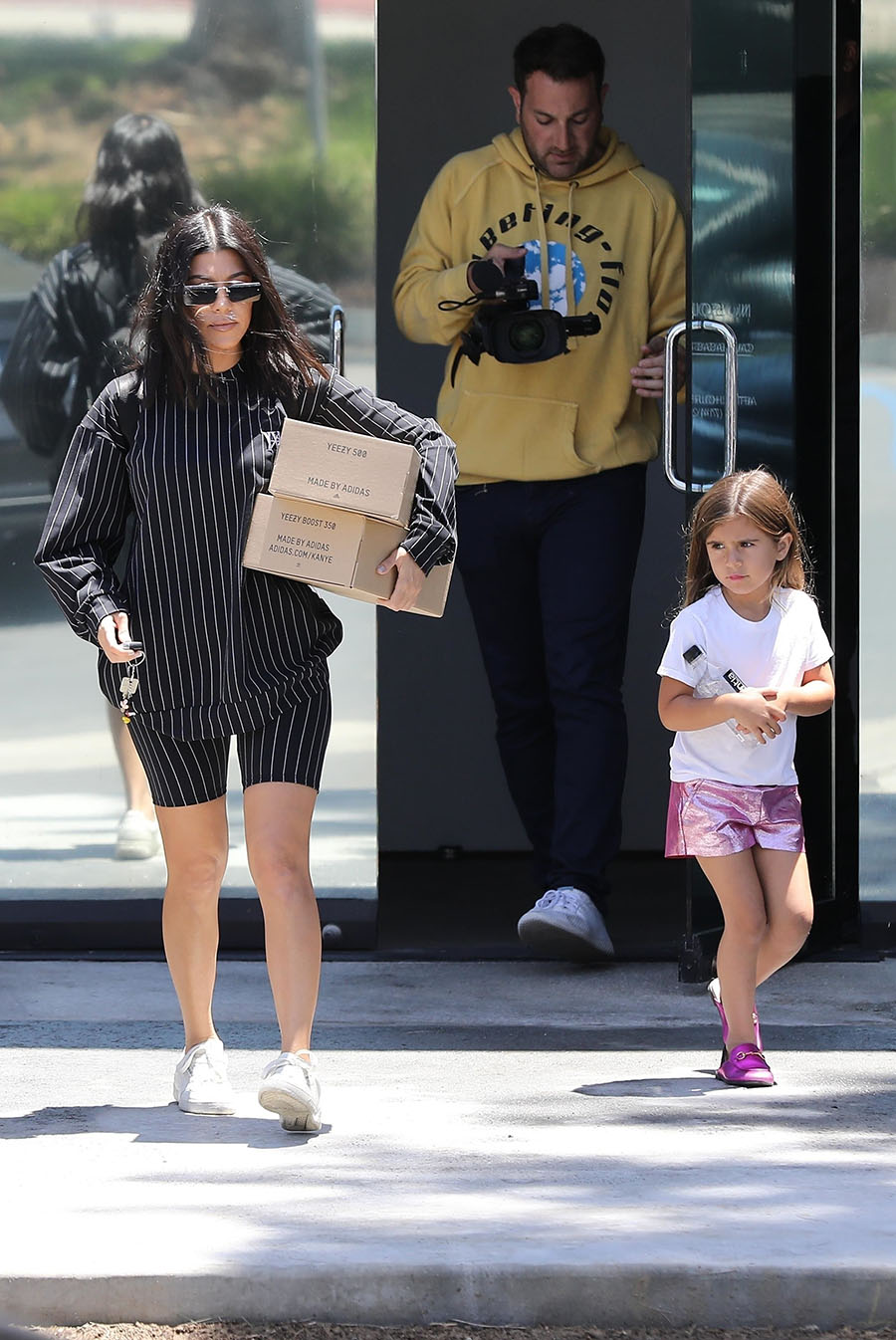 Kourtney Kardashian and her 5-year-old daughter Penelope Disick pick up their new Yeezy Boost sneakers from her brother-in-law Kanye West's office in Calabasas on Monday. 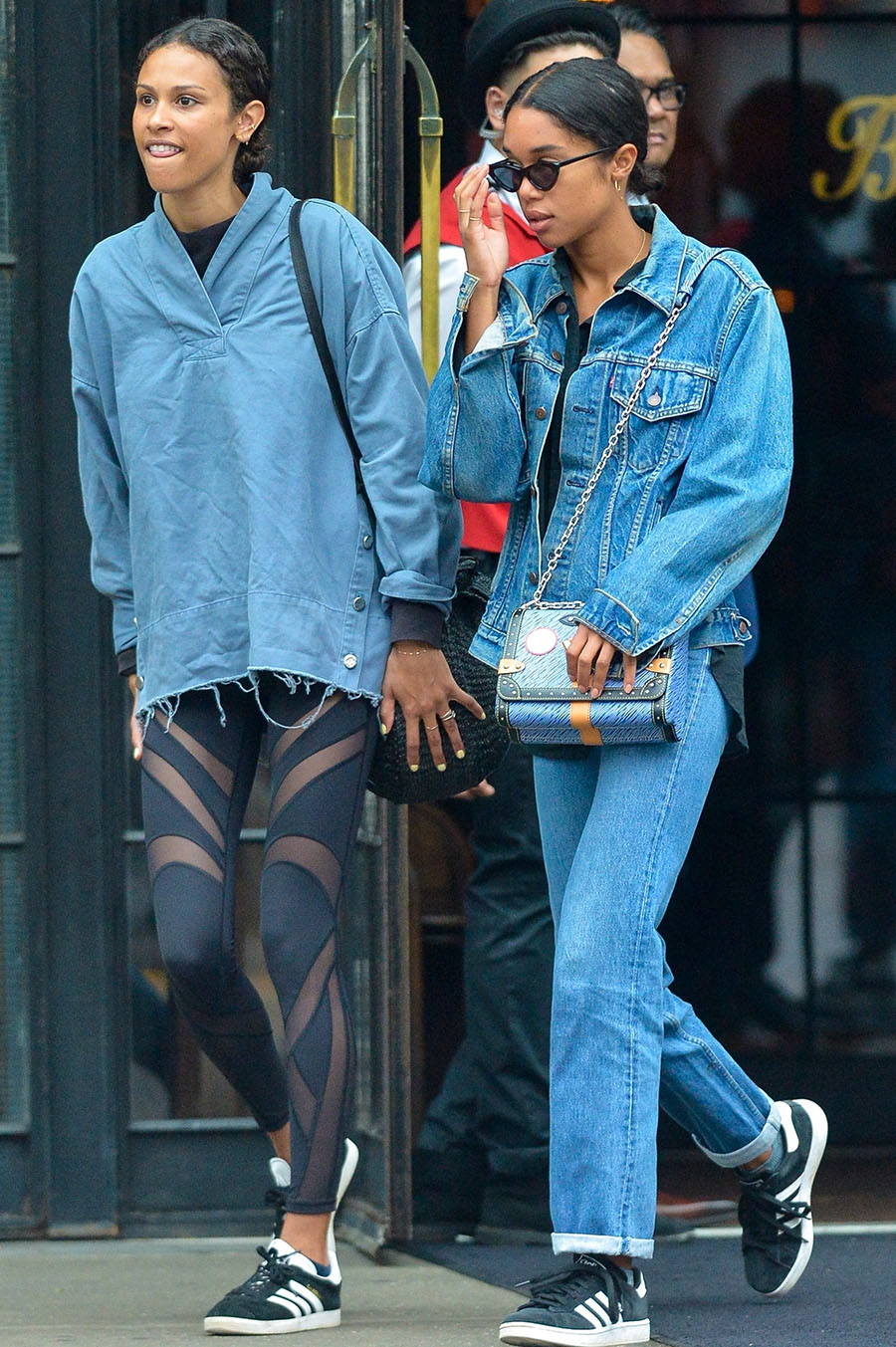 Actress Laura Harrier, right, and a girlfriend were seen leaving the Bowery Hotel in New York City. Laura, 28, is best known for her role on the 2013 reboot of the soap opera One Life to Live. Most recently she starred in Spike Lee's film BlaKkKlansman.