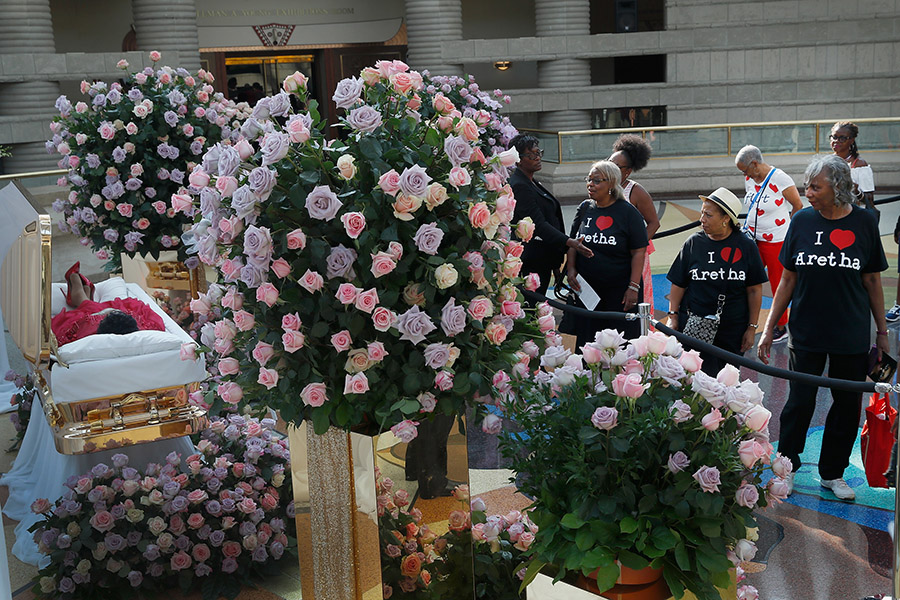 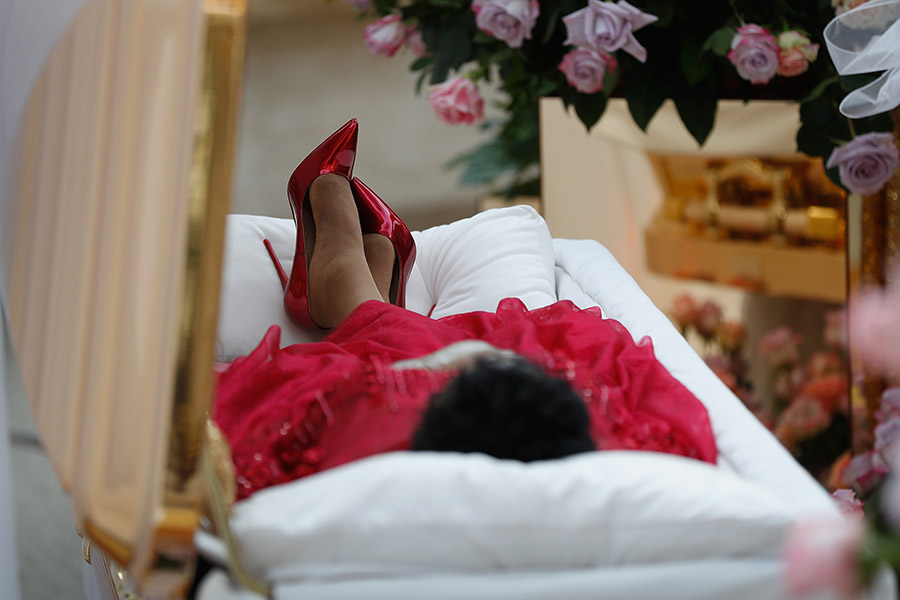 Aretha passed away on Thursday, August 16, in her luxury Detroit Riverfront apartment. She was 76.

Garrett tells INSIDE EDITION Aretha is an honorary member of the sorority Delta Sigma Theta and her crimson red dress is a nod to the sorority's official color.

She said her aunt's dress features a lace bodice and sleeves, and the skirt is netting. Her ruby red stiletto pumps are by Christian Louboutin. Her jewelry was custom made for the funeral, which will be held on Friday, Aug. 31, at Detroit's Greater Grace Temple.

Aretha's niece says the family shopped for the Queen of Soul's outfit knowing exactly what she wanted to wear for her home going service. 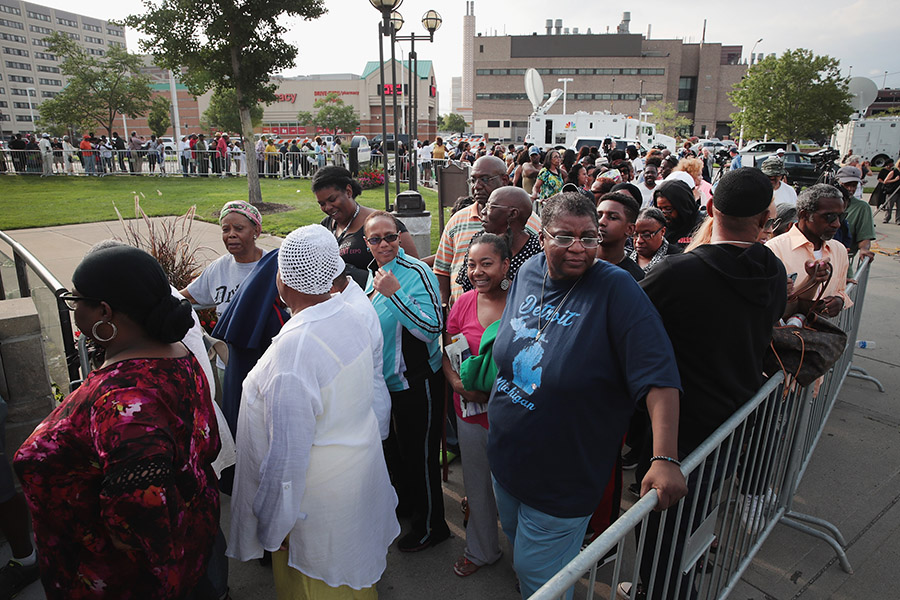 Proving to be a diva down to the very end, Aretha's coffin is solid bronze with a 24 karat gold plate exterior. She is surrounded by hundreds of roses in hues of pink, Aretha's favorite color. INSIDE EDITION has learned that whenever she'd order flowers at home, they would always be a shade of pink.

The official photo of Aretha in the coffin swept the internet on Tuesday. Her longtime publicist Gwendolyn Quinn tells INSIDE EDITION in a statement: "The family of Aretha Franklin wanted to take a respectful photo to share with her millions of fans around the world who could not attend the viewing."

Her funeral will be live streamed and broadcast to the world.

For INSIDE EDITION's full report, tune in on Tuesday, August 28th. For stations and times in your area, check local listings at www.insideedition.com.

INSIDE EDITION is produced daily by Inside Edition Inc. and distributed by CBS Television Distribution.