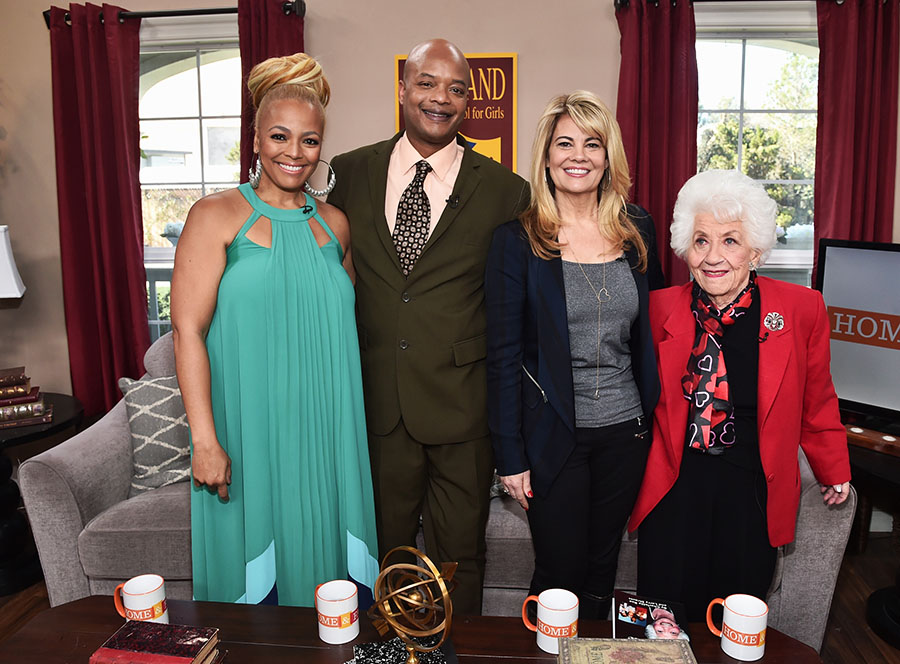 Bridges is pictured above with Diff’rent Strokes co-star Kim Fields, left, and Facts of Life stars Lisa Welchel, 2nd from right, and Charlotte Rae, far right, who died this month from heart failure.

The Blast obtained details of a temporary restraining order granted to a woman named Tiffany Wolf who claims she fears for her life.

The restraining order bars Bridges from coming within 100 yards of Wolf or her pets.

Wolf says she met Bridges on a dating website. They hit it off immediately and went out on a second date, where things went horribly wrong when Wolf claims Bridges “took out taser and zapped it several times inches from my face."

Despite the danger signs, Wolf went out on a third date with the troubled actor and says the first time she spent the night at his house, he showed her a crossbow and “quickly removed the gun & bullets under his pillow."

She also claimed Bridges told her he had beaten up homeless people trying to break into his house and that he shot someone but didn't know if they lived or died.

Wolf continued to see Bridges, and a few weeks later, she claims he pointed the crossbow at her and then two weeks after that, he “pulled gun on her dog because he thought someone was breaking in."

“I am in fear of my life because I know Todd is mentally unstable and has weapons,” she wrote in her application, “including a crossbow he says he has so he can ‘sneak up on people’ and a small loaded gun.”

Wolf claims she broke out in shingles and has been prescribed anti-anxiety medication.

Bridges was ordered to stay 100 yards from Wolf and her cat and dog because she fears he might retaliate against her pets.

Coincidentally, Bridges claimed the same thing against a woman in his own TRO filed last week.

Bridges said he believes Hill “will attack my dog if she’s not able to get to me. She could easily throw poisoned food over my fence.”

Bridges and Wolf have a hearing set for later this month.