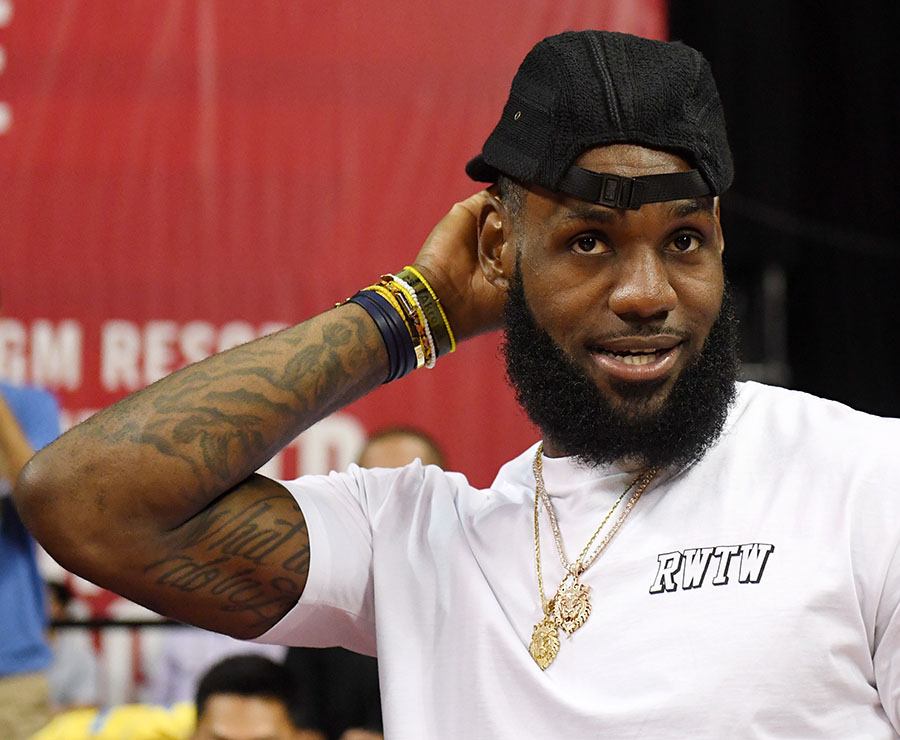 LeBron meant well when he set out to compliment Black women and women of color who have graced the covers of many mainstream magazines. Those magazines were once off-limits to Black women.

“Nothing in this world is more POWERFUL than Colored Women!! Thank you all for continuing to not settle and setting great examples in life for so many looking up to you for inspiration/guidance and love!! My daughter is watching! #WomenPower”

It was his archaic and antiquated use of the racist term "colored" that angered everyone -- including white people who called LeBron out for being politically incorrect.

"Sounds like a pretty racist statement. And what the hell is With using the word "colored" to describe women? What is this 1950?" wrote IG user @booze_cruz001. "I'm pretty sure Hispanic, Asian, Indian and any. Other ethnicity of woman never refer to themselves as "colored".

And user @chloe_tyler44 wrote: "All women have power, all women are important, all women deserve to be lifted up."

LeBron responded to the controversy by posting more covers featuring women of color.

Was LeBron wrong to use a racist term to describe Black and brown women?

Nothing in this world is more POWERFUL than Colored Women!! Thank you all for continuing to not settled and setting great examples in life for some many looking up to you for inspiration/guidance and love!! My daughter is watching! #WomenPower?????