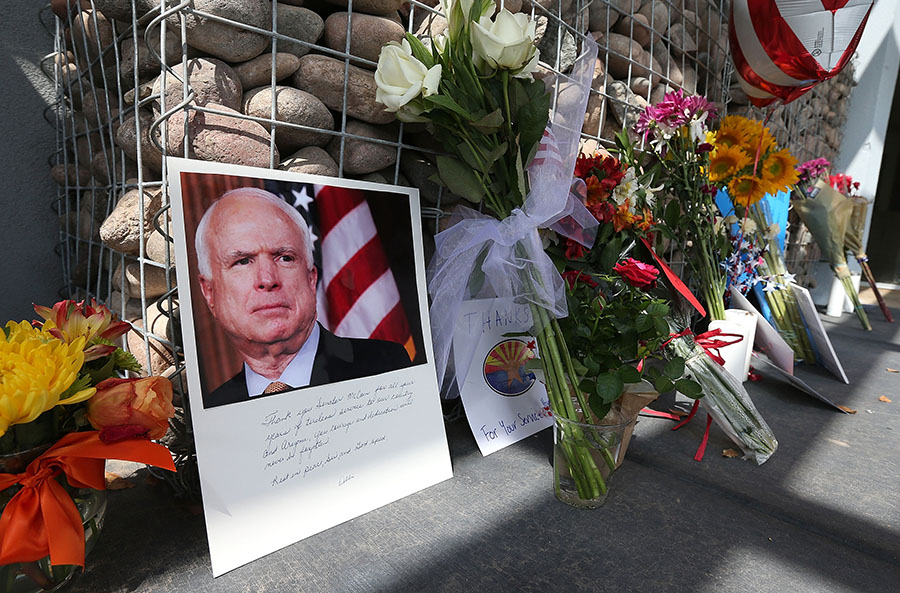 A black hearse was seen leaving McCain's ranch on Saturday. Hundreds of people lined roadways and overpasses for 50 miles to wave American flags at the hearse. 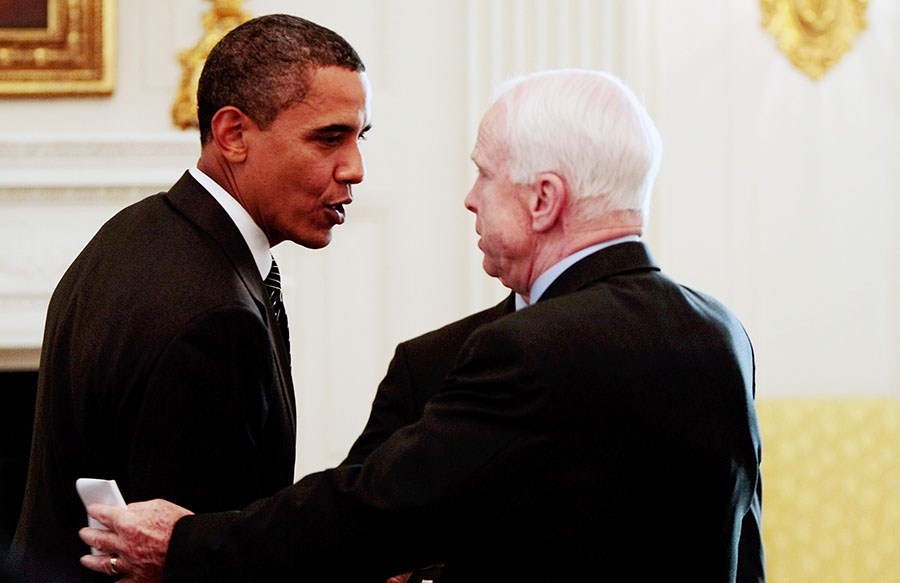 At least 25 speakers, including two former presidents -- George Bush and Barack Obama (pictured left with McCain) -- will give eulogies before the funeral procession heads to a state funeral at the Washington National Cathedral.

But one notable won't be in attendance: President Donald Trump.

McCain was a thorn in Trump's side since before Trump was elected president. The two men traded insults on Twitter and in the press after McCain objected to Trump calling illegal aliens "criminals" in 2016.

McCain made himself an even bigger pain in Trump's side after the election. The war hero and political icon got under Trump's thin skin by giving the decisive thumbs down vote that killed Trump's efforts to repeal ObamaCare on July 27, 2017.

McCain also annoyed the establishment GOP by refusing to give up his Senate seat in May. His death forces the Arizona governor to choose a senate replacement rather than allow the people of Arizona to elect his replacement.

McCain was considered a traitor within the GOP. McCain's daughter, Meghan slammed Fox News contributor Tomi Lahren for calling McCain a RINO -- an insulting acronym that stands for Republican In Name Only.

Twitter users criticized President Trump for recognizing McCain's life and death with a weak tweet over the weekend. Trump tweeted his "deepest sympathies and respect" to the McCain family, while First lady Melania Trump tweeted thanks to McCain for his service to the country.

The White House also riled up the Twitter masses by announcing Trump would honor McCain's choice to leave his name off his list of funeral attendees.

McCain began making his funeral arrangements in May, a year after he announced his cancer diagnosis. 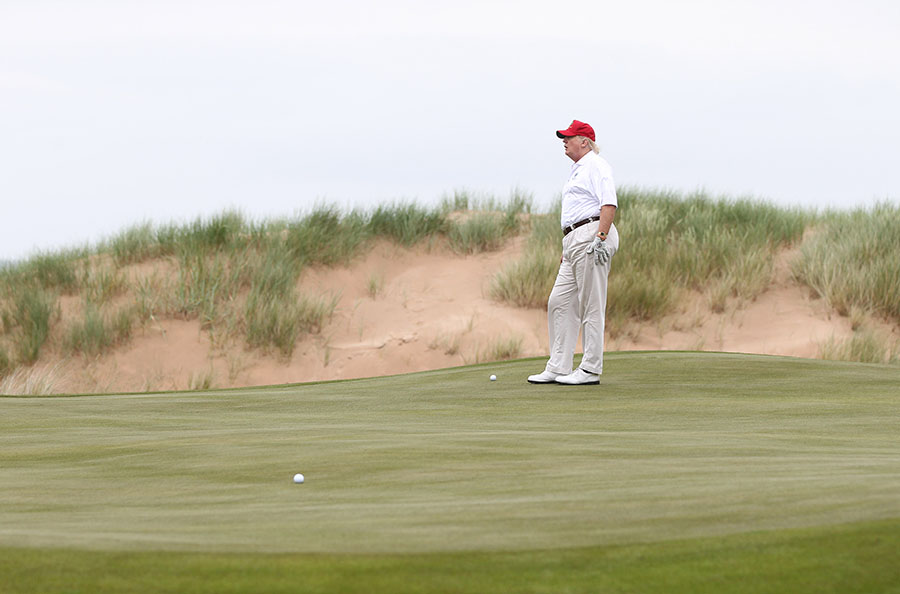 A group of protesters gathered outside the Trump National Golf Club in Sterling, Virginia, where Trump played golf on Sunday.

Trump will likely play golf with friends on one of his golf courses around the time when former presidents eulogize McCain in Washington, D.C. next Saturday.