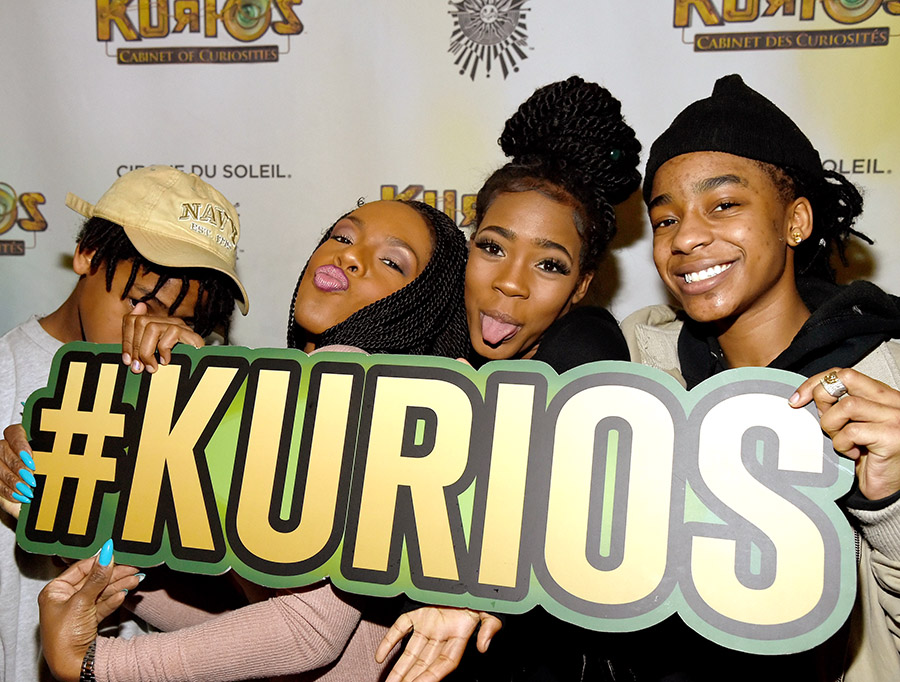 R. Kelly's estranged daughter, Buku Abi, is "devastated" for the women who accused her "monster" father of sexual abuse in the Lifetime documentary Surviving R. Kelly. Buku, who was born Joann Lee Kelly, is pictured 2nd from right with her mother Andrea (Drea) Kelly, 2nd from left, and siblings Jay Kelly, far right, and Robert Kelly, far left in a photo dated March 3, 2016.

R. Kelly's 21-year-old daughter, who is also a singer, is one of three children from his marriage to ex-wife Andrea. Buku issued a lengthy statement on her Instagram Stories on Thursday night to address the sexual abuse allegations against her father in the Lifetime docu-series.

"I just want you all to understand that devastated is an understatement for all that I feel currently," she wrote. "I do apologize if my silence to all that is happening comes off as careless. That is my last intention. I pray for all the families & woman [sic] who have been affected by my father's actions. Trust, I have been deeply affected by all of this."

She explained that neither she, her two siblings or her mother have seen or spoken to R. Kelly in years because of his "life decisions", but she added that, "My mother, siblings and I would never condone, support or be a part of ANYTHING negative he has done and or continues to do in his life."

Referring to her father as a "monster", Buku said, "Going through all I have gone through in my life, I would never want anyone to feel the pain I have felt. The same monster you all confronting me about is my father. I am well aware of who and what he is. I grew up in that house. My choice to not speak on him and what he does is for my peace of mind."

She concluded by telling her followers "I do care and I love you all."

Buku's mother Andrea appeared in the documentary and alleged that she was abused by the singer during their marriage between 1996 and 2009. After the show aired, she spoke out to offer support to abuse survivors.

Andrea also said she is open to R. Kelly visiting their three children.