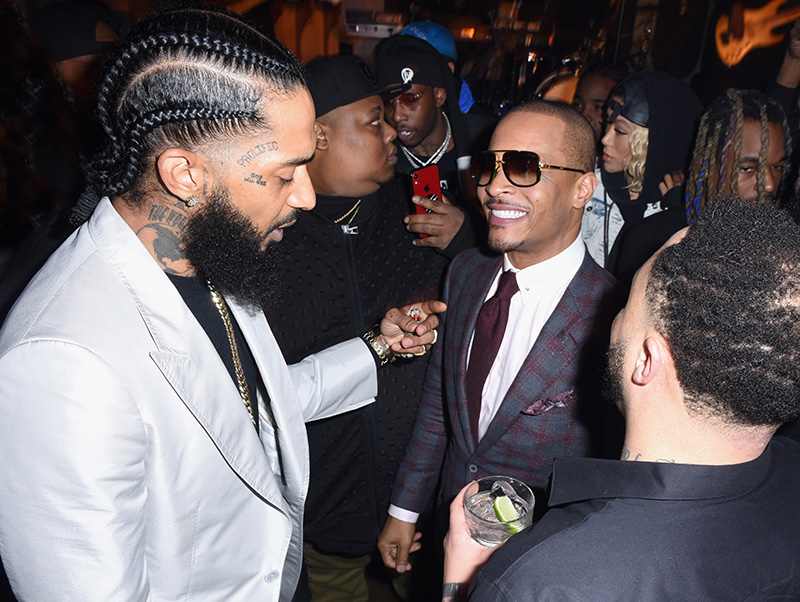 Good Morning Sandra, I have a message for TI.  In the wake of Nipsey Hussels [sic] murder and countless other people who have died at the hands of other black men, where is his voice on these matters? People of different ethnicities harm and kill each other every day, however this is far too common in the black community.  Young black men are senselessly killing each other.

I live in a nice city near Nashville and these black boys are constantly doing shit.  Robbing, stealing cars, killing folks, its rediculous [sic].  Im getting to the point where I hate them. I often see T.I., DL Hugley, Black Lives Matter speaking up for matters that involve police brutality and racism.

T.I. has time to shut down restaurants and initiate violence against a white man who beat a black woman, but where are they on matters where we as a people have to be accountable.  Black folks only want to blame but NEVER take accountability.

Just like the Say No to Drugs campaign, these celebrities particularly rappers should start a movement to try and end violence and gang activity.  But that's admitting that there's a problem and we don't do that, right?

Denise, A black woman who's fed up with nigga shit.
Sent via the Samsung Galaxy Note8, an AT&T 4G LTE smartphone