Carmelo Anthony denied reports that he was on vacation in the south of France with another woman - while his wife La La celebrated her 40th birthday with friends in NYC.

Paparazzi photos show the Oklahoma City Thunder star soaking up some sun with a curvaceous mystery woman on a yacht. The photos hit the blogs on Wednesday morning.

Carmelo, 35, tells TMZ Sports that the woman was actually vacationing with her husband and her family. He claimed he went along on the yacht as a friend while in Europe on a business trip.

As soon as the photos surfaced online, Carmelo caught a flight to New York to explain the photos to his wife in person.

Melo told TMZ the false reports are "affecting my family" - and he's calling for bloggers to save his marriage because, despite how bad it looks, he's innocent.

"All them bloggers that's trying to put that out there, that sh*t is not cool at all," Melo said.

"That's not cool at all. Let that family be they family, they married."

"The only reason I'm addressing this is because this is affecting my family now and you got me out here looking crazy. Usually I won't address this, but I had to address this."

"Can't let this one slide, because this sh*t ain't cool no more. Peace," he said. 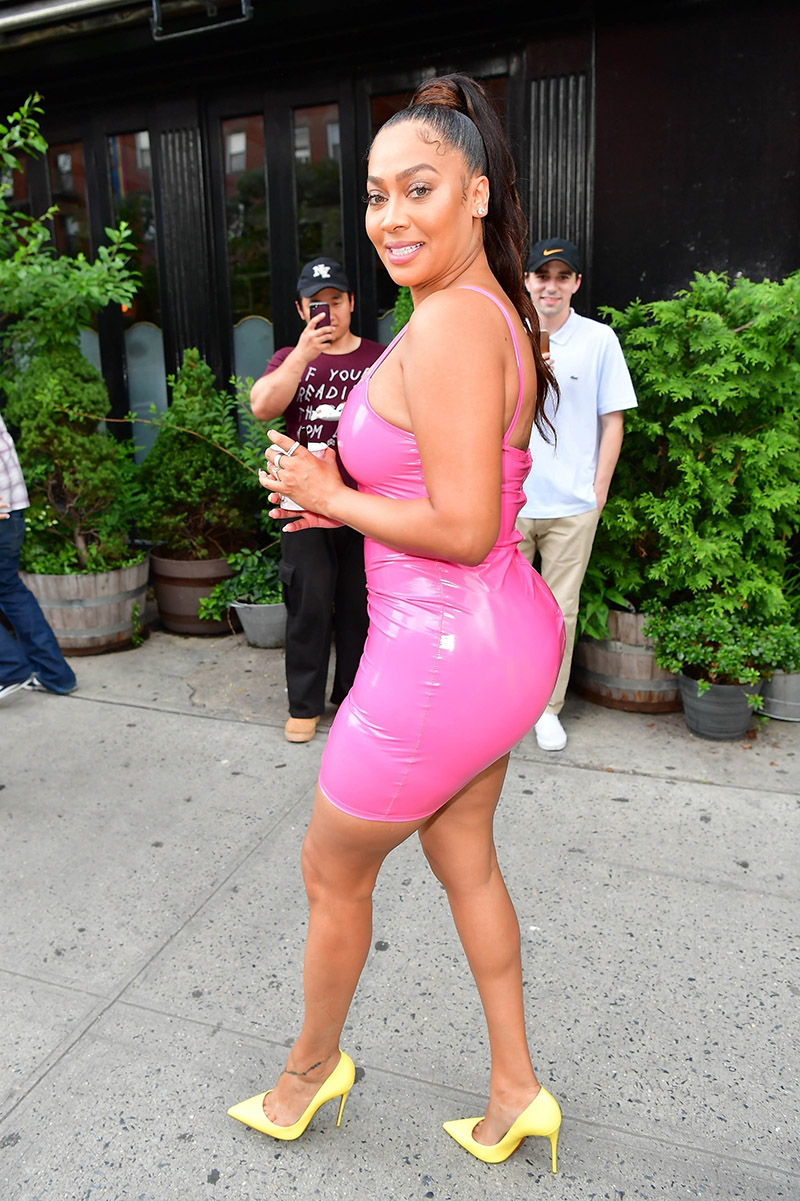 The NY paparazzi, who normally greet La La every day with a polite "Good morning," said she was nowhere to be found on Wednesday.

That's not in her character to leave the paparazzi waiting. So a blogger reached out to her publicist to find out where she was.

La La's publicist did not respond to requests for a comment.