The photos showed the 35-year-old father-of-2 sunning himself on the deck of a luxurious yacht, while a scantily clad woman, who looks like a younger version of La La, relaxes next to him.

Hours after the photos surfaced on Wednesday, TMZ posted a video message from Carmelo who claimed the other woman was actually married and her husband was on the boat with them.

"I'm really only addressing this for my family," he said in the video clip. "Keep my family out this, man." 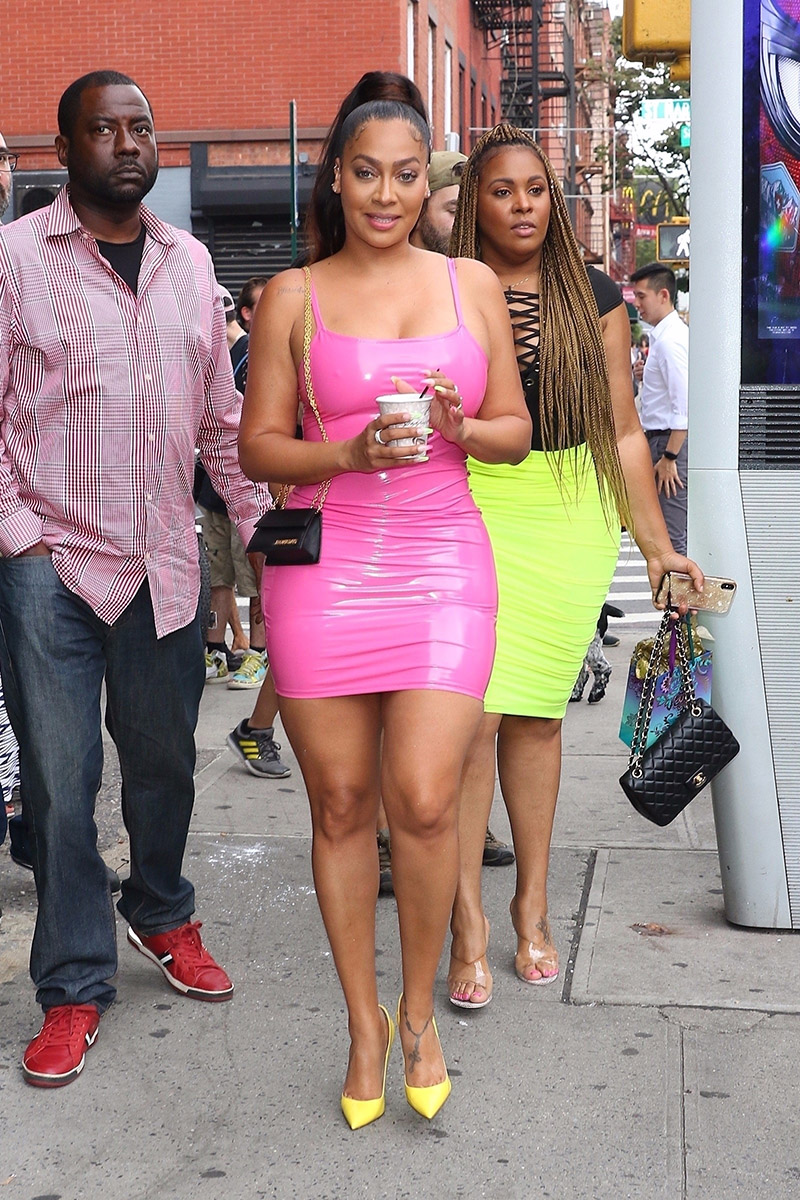 Social media users point out that if Carmelo really cared about his family, he would've been in New York celebrating his wife's 40th birthday.

La La's publicist did not respond to requests for a comment on Wednesday.

But on Thursday morning, La La broke her silence long enough to share her hurt feelings with her Instagram followers.

In a post that was quickly deleted, La La shared a meme that shows a bullet piercing a bloody heart.

The image appears to send the message that La La's heart is irreparably broken. But others see a warning sign to Carmelo to watch his back.

There is nothing worse than a woman scorned. Particularly if that woman scorned has a license to carry a loaded weapon.