La La Anthony is reportedly “a wreck” after her husband, NBA star Carmelo Anthony was caught with a voluptuous woman out on the open sea.

Carmelo and the woman were photographed on a yacht off the coast of France. To make matters worse, Carmelo and the mystery woman were sunbathing on the yacht on the same day that La La celebrated her 40th birthday in NYC.

According to MTOnews.com, La La is “a wreck” and devastated over the photos. Carmelo recorded a video chastising the blogs for publishing the paparazzi photos.

In the video obtained by TMZ, Carmelo, 35, claimed the woman was a friend who was married with children, and he lashed out at bloggers for coming after his family. 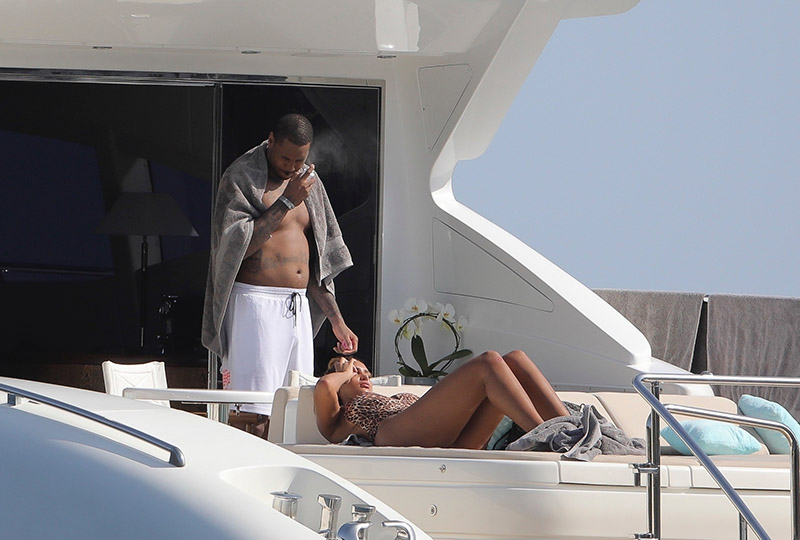 “Keep my family out this, man,” he said. Carmelo said he was in the South of France on business and decided to have a good time with some friends. 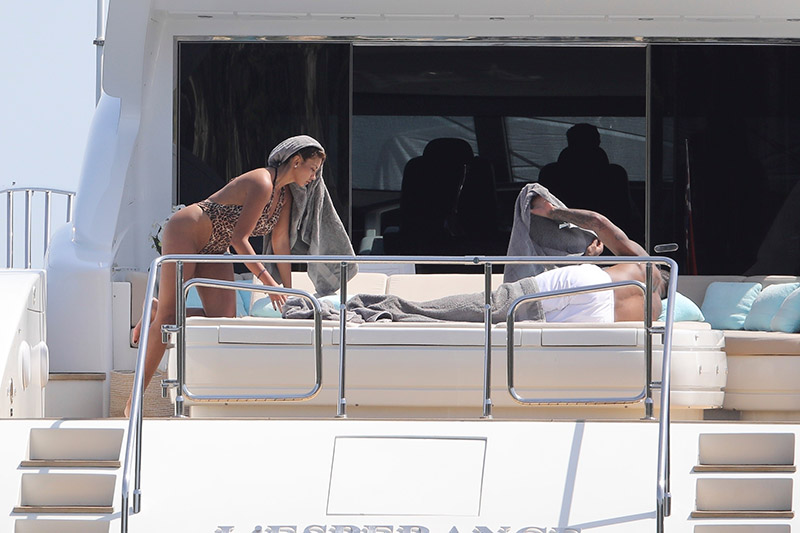 Unfortunately, none of the paparazzi photos showed the “friends” he spoke of. The towel boy is the only other person seen in the photos besides Carmelo and the girl.

On Wednesday, La La posted then deleted a meme of a bloody heart pierced by a very large caliber bullet. The meme sparked speculation that La La had murderous intentions.

In unrelated news: the news broke yesterday that the Los Angeles Lakers are interested in signing Carmelo next season. Lakers fans, who are already upset that with the LeBron James fiasco, don’t want anything to do with Carmelo.

“If they let this shit happen they should lose,” wrote one irate Lakers fan.

“His time is up. His career was mediocre at best and is one of the most overrated basketball players in my lifetime… He should take his ass overseas and leave the NBA alone and NBA teams need to stop entertaining signing him. He did nothing for Denver, was a disappointment in NY, and the Rockets stunt was laughable. So stop it, just stop it.”

Celebs Out & About: Michael Jordan and Wife Yvette Prieto Visit Cathedral In Italy