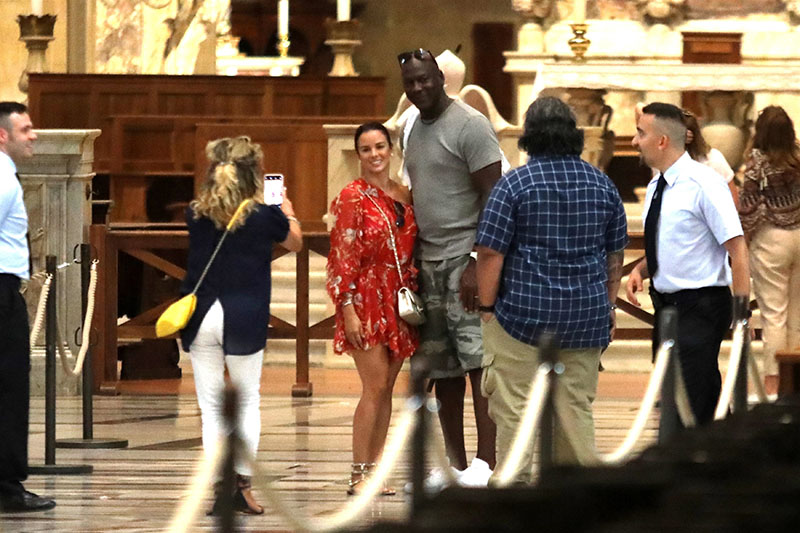 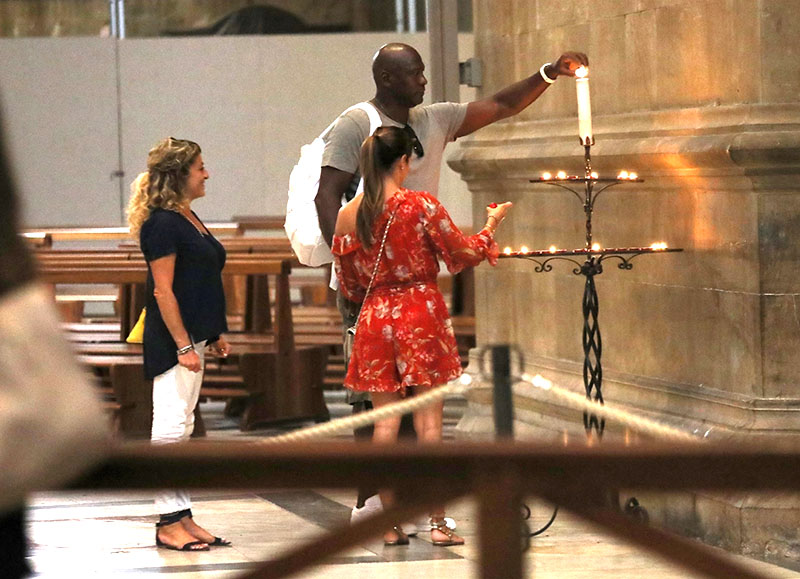 The loving couple lit a candle together and made a cash donation to the church. Jordan, 56, carried a large white backpack. He was dressed casually in a grey t-shirt, cargo shorts and a pair of white Air Jordan sneakers. 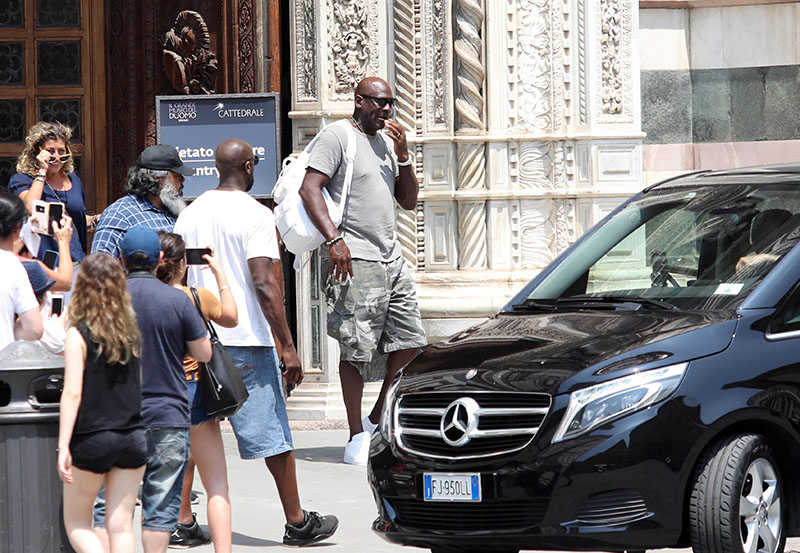 The couple was surrounded by 3 bodyguards as he and his wife took pictures with friends inside the cathedral. Jordan and Prieto, 41, met while dancing at a club in 2007 and they were married in April 2013. She is a former model from Cuba who once designed for Alexander Wang.

Prieto gave up her career to be a stay-at-home mom to the couple's 4-year-old twin daughters, Isabel and Victoria.

Yvette is also a stepmom to Jordan's three eldest children - Jeffrey, Marcus and Jasmine - from his previous marriage to his first wife, Juanita Vanoy, 60. Juanita walked away with 50% of Jordan's net worth after their divorce in 2006. They were married for 17 years.

Jordan is considered the greatest basketball player of all time. He has 6 NBA rings and is a 6-time NBA MVP.