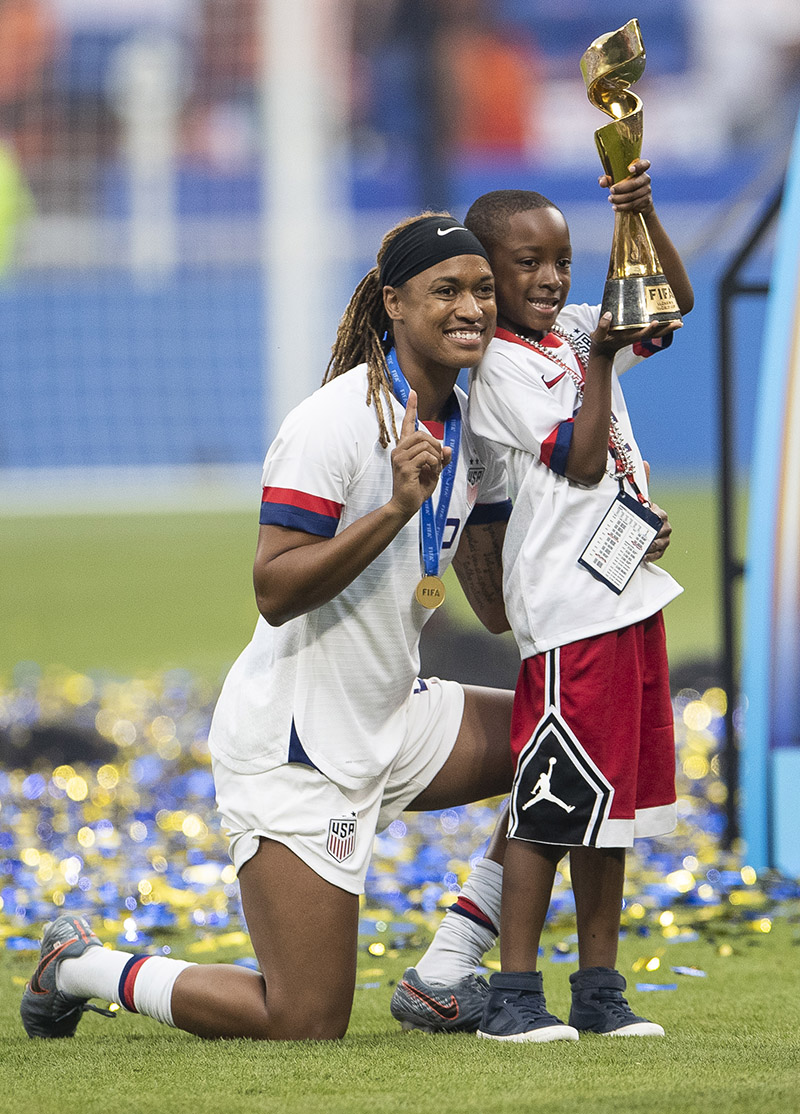 Jessica McDonald of the USA women's soccer team celebrated with her son Jeremiah following her team's championship win over The Netherlands in the 2019 FIFA Women's World Cup France Final in Lyon, France on Sunday, July 7.

After the team won a historic back-to-back World Cup championship, McDonald brought 7-year-old Jeremiah out onto the field to share in her joyous moment. 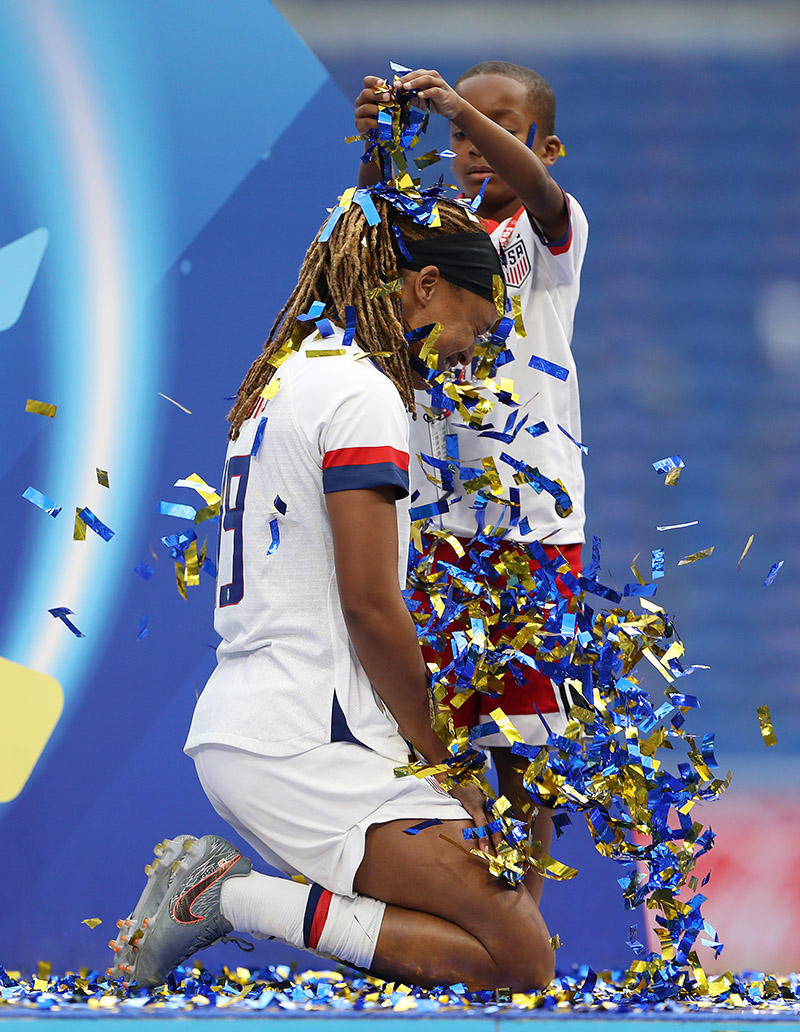 In an Instagram post, McDonald posted an image of her son sprinkling confetti on her head. She captioned the image: "We did it bud!!! #WorldChamps".

McDonald is the only mom and one of only a few heterosexual women on the team of majority LGBT+ players. 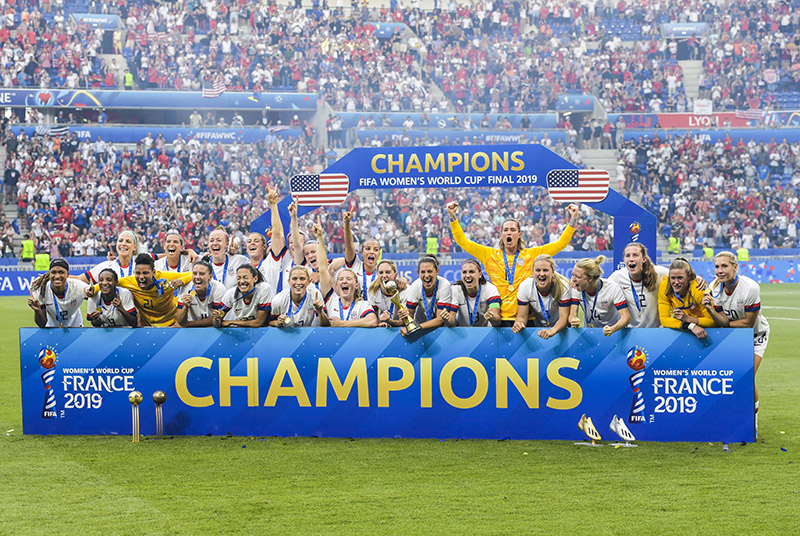 During a post-game interview, McDonald said the 7-year-old doesn't fully grasp the significance of the victory.

"He doesn't fully understand, but at last he's at an age right now where he's actually going to remember this," she told the Associated Press.

Her teammates praised her on her ability to juggle her duties as a mom and her hectic team schedule.

"She's always talking about how early she has to wake up to make sure Jeremiah is taken care of," said teammate Crystal Dunn.

The team will be honored with a ticker tape parade in New York City this week. Players have already announced they will decline an invite to the White House - if one is offered.

Logan Paul Says Mayweather Brawl Was Very Real, ‘That S*** Is Not Funny’