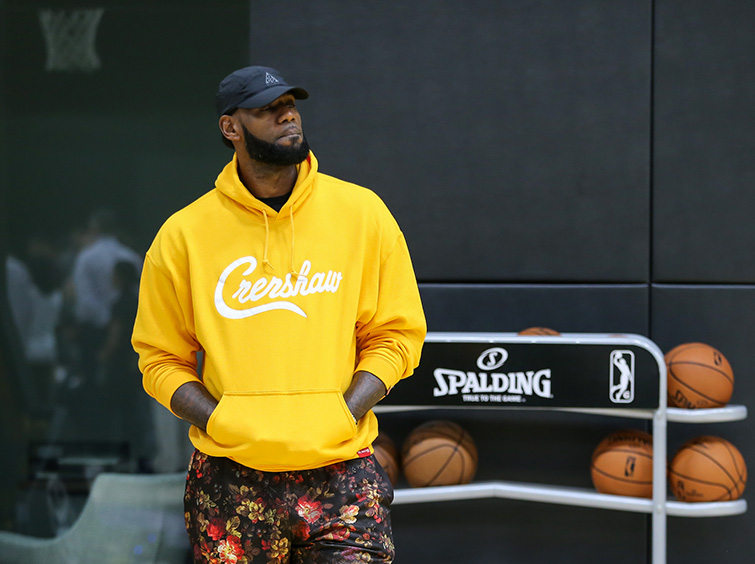 Michael Jordan was so well-respected in the league that he had no difficulty landing a plethora of bold name NBA stars to support him in the original movie. Stars who answered Jordan’s calls included Charles Barkley, Patrick Ewing, Larry Bird, Larry Johnson, Scottie Pippen, and the list goes on and on.

But, according to Movieweb.com, LeBron has had a very hard time finding any current NBA players to sign up for the sequel. Insiders say NBA stars are wary of LeBron's huge ego.

Some "fiercely competitive" NBA players have huge egos themselves and they "might not like the idea of getting dunked on by LeBron James, even in a fictional movie co-starring monsters," according to Movieweb.com.

LeBron signed with the L.A. Lakers and moved to California to win another ring and to become a movie star. So far, he has fallen short of both goals.

After landing the Space Jam sequel, LeBron contacted his NBA friends and asked them to take part in his movie. But everyone he contacted said "no thanks."

The only bold names in the cast are Don Cheadle - who doesn't play basketball - and of course Bugs Bunny himself.

Shooting is set to begin this summer, but the casting difficulties led to director Terrence Nance backing out.

Nance is replaced by Girls Trip and Night School director Malcolm D. Lee, according to The Hollywood Reporter.

Black Panther filmmaker Ryan Coogler is producing Space Jam 2, and he also co-wrote the latest draft of the script.

Update: A loyal reader listed the NBA and WNBA stars who are cast in the film. My apologies for the omission.

The movie is still casting.