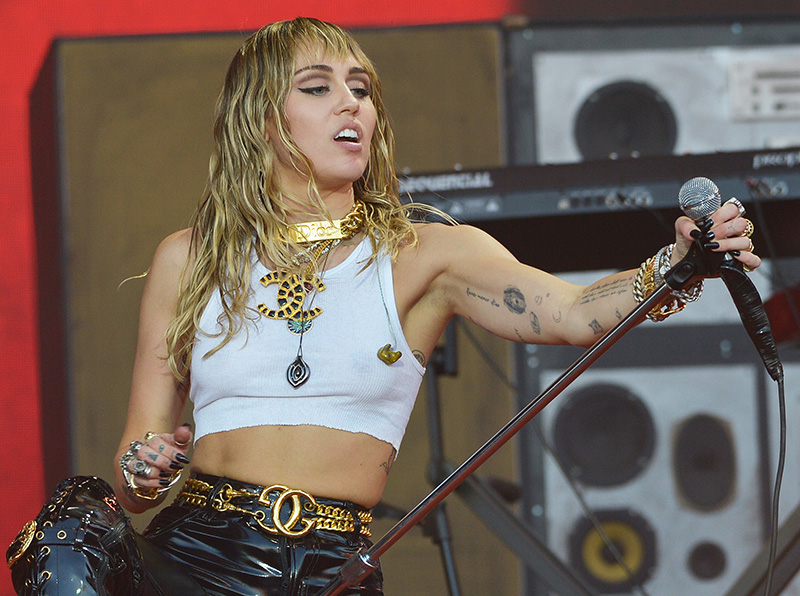 Miley Cyrus had a surprising response when she was asked if she ever wanted to break out of her role as Hannah Montana.

In an Elle magazine cover story, the former child star says she had no choice but to leave Hanna behind after she lost her virginity.

Miley says she felt like she was "grown up" after she experienced sexual intercourse for the first time.

?"I did once I was 18 because it felt ridiculous. The minute I had sex, I was kind of like, I can't put the f*cking wig on again. It got weird. It just felt like.. I was grown up."

She also had something to say about the restrictive abortion laws in southern states such as Georgia and Alabama.

"We're expected to keep the planet populated. And when that isn't a part of our plan or our purpose, there is so much judgment and anger that they try to make and change laws to force it upon you - even if you become pregnant in a violent situation. If you don't want children, people feel sorry for you, like you're a cold, heartless bitch who's not capable of love."