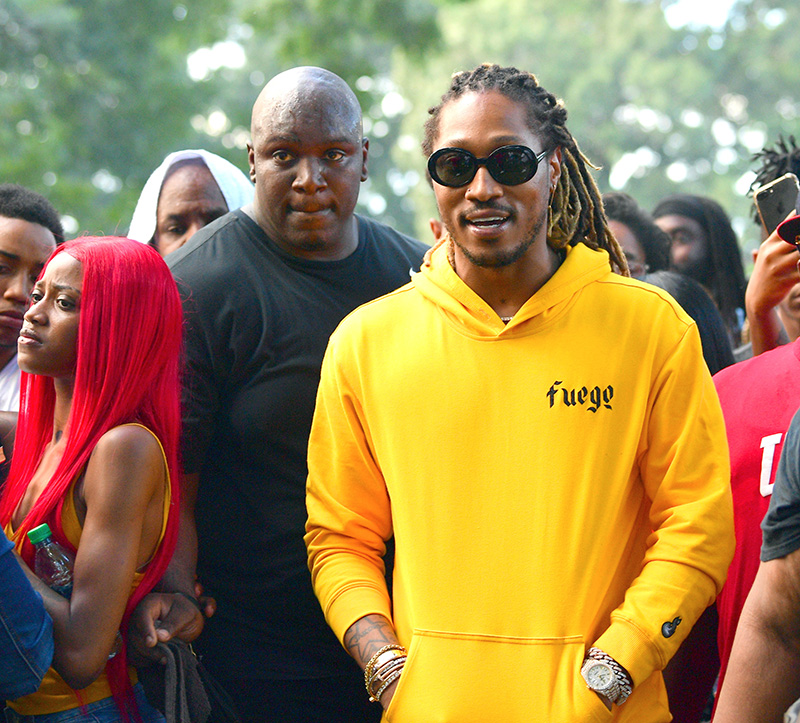 Rapper Future Hendrix was criticized on social media for fleeing the scene when his bodyguard came under attack by goons in Ibiza, Spain.

The incident happened at an airport in Ibiza. Cell phone video shows a thug sucker punching Future's bodyguard from behind, knocking him out cold.

Future was seen fleeing the scene of the assault. He didn't stop running until he crossed the street and was safely on the other side. Meanwhile, a group of tourists revived his bodyguard by pouring cold water on him.

Future said that after he left the airport, the goons edited the video to make it appear as if he was running scared.

According to TMZ, Future was "fully engaged and enraged", but his team pulled him away from the melee because they had A$AP Rocky on their minds and didn't want Future to end up in a Spanish jail with no hope of getting out anytime soon.

Rapper A$AP Rocky, 30, remains in jail after his arrest earlier this month following a street fight with two men in Stockholm, Sweden.

Footage of Future’s bodyguard getting knocked out by UK goons while on vacation. pic.twitter.com/fE5PhO86Ne