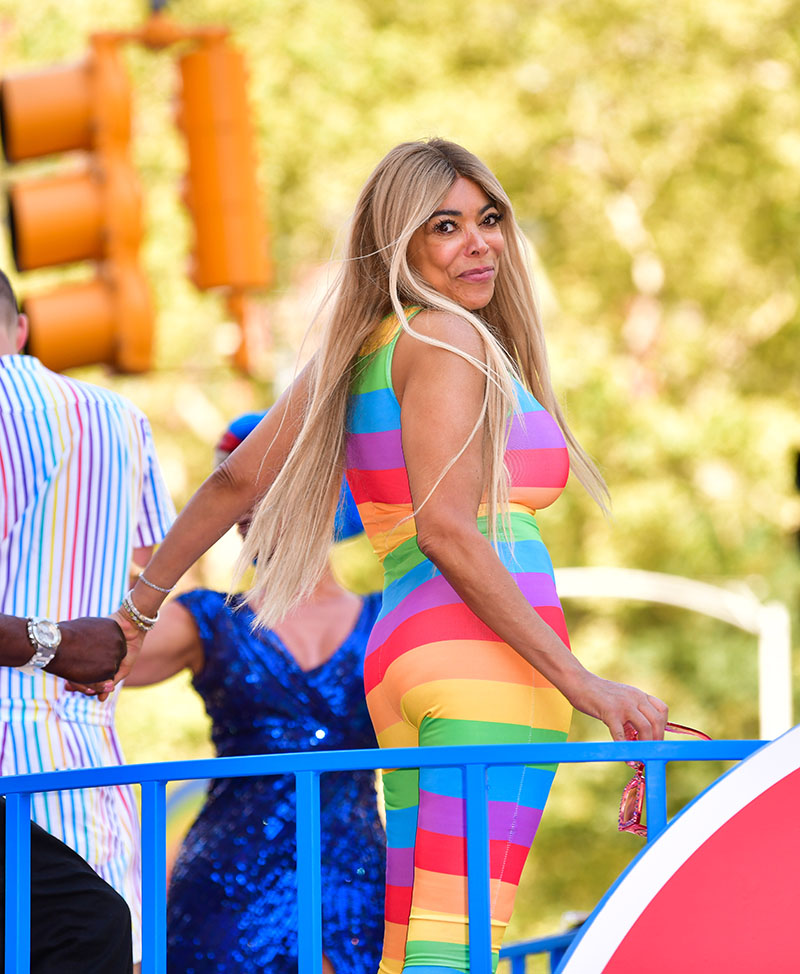 Wendy Williams was feeling the Love as she rode on a float at the NYC Gay Pride parade that marked the end of a full month of Pride events on Sunday. 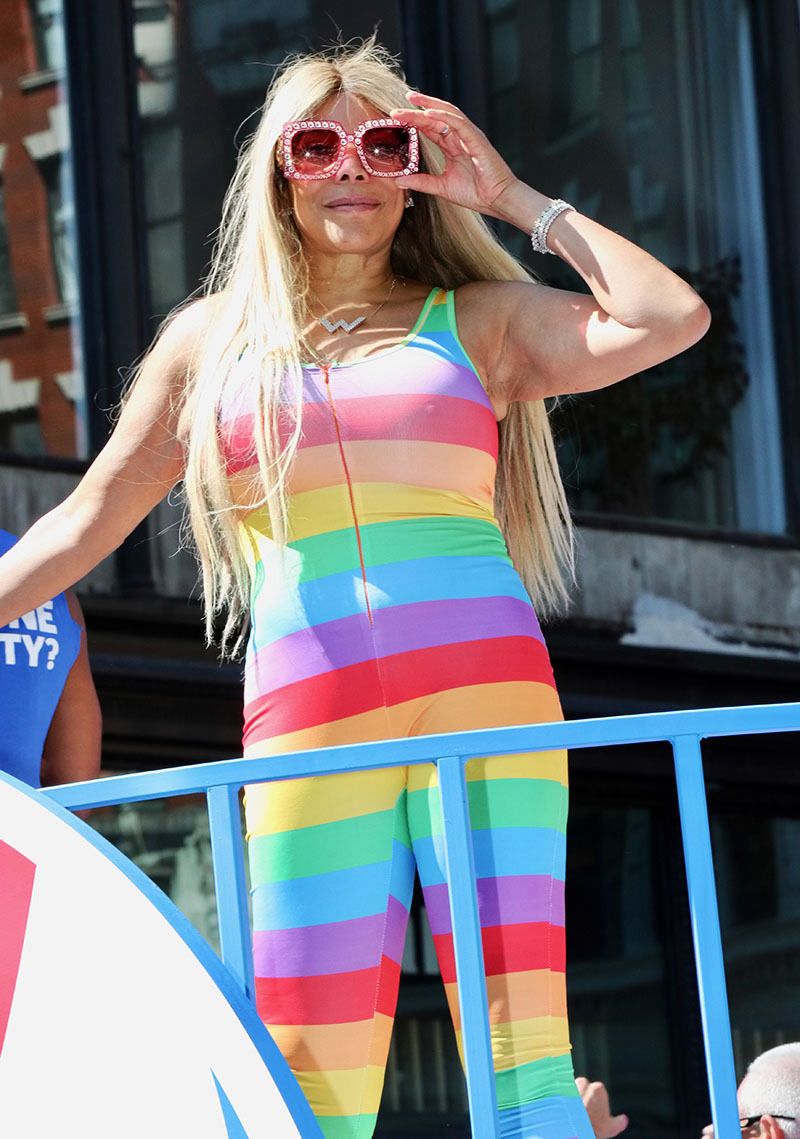 The 54-year-old talk show Diva showed off her recent weight loss by wearing a curve-fitting rainbow body suit. She was among over 2 dozen celebrities at the parade, including NeNe Leakes, Eva Marcille, Cynthia Bailey, designer Christian Siriano and Donatella Versace.

Wendy has had a rough year after filing for divorce from her husband Kevin Hunter, who welcomed a baby girl with his longtime mistress in March. 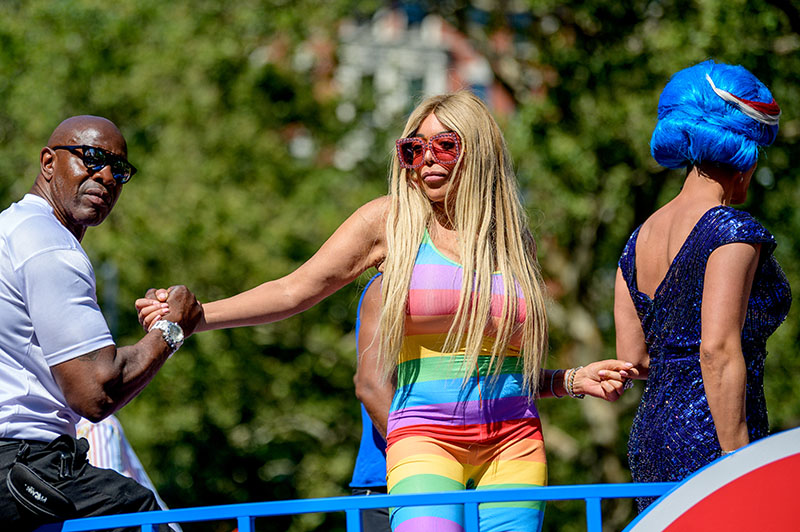 Word has it that Wendy dumped her 27-year-old boyfriend Marc Tomblin, a "fashion designer" who has a criminal history. It isn't clear if she's dating again, or if she decided to remain single.

Wendy posted an Instagram.com photo that showed her sprawled out on the floor of the float. She captioned the image:

"How you doin', New York? .. I’m blown away by the energy and the love in this city right now! Happy World Pride!"

How you doin’, New York? ? I’m blown away by the energy and the love in this city right now! Happy World Pride! #lgbtqia #worldprideday #lgbtally #itsamarchnotaparade #pride #pridemonth #pride2019 #nycpride