Nate Parker’s ‘American Skin’ has been added to the Venice Film Festival’s lineup of independent films. Parker’s promising directing career was derailed after news of rape allegations from his college days surfaced during the release of Birth Of A Nation in 2016. He hasn’t been heard from since.

The drama about police violence and racism in America was written by Parker and is his first feature film in years.

American Skin stars Parker as Lincoln Jefferson, a Marine veteran, who now works as janitor at a prestigious school in California. When a cop kills his son during a routine police check, the grieving father takes the entire police station hostage, and stages a trial in which the members of the jury are the inmates and “common people”.

Parker, a star athlete in college, stood trial in 1999 and was acquitted of the rape charges. But the details of the rape, and the apparent cover up that followed, sparked controversy on social media.

A campaign to sink Birth of a Nation at the box office worked to perfection. The movie flopped spectacularly, and movie houses distanced themselves from Parker in the ensuing years. 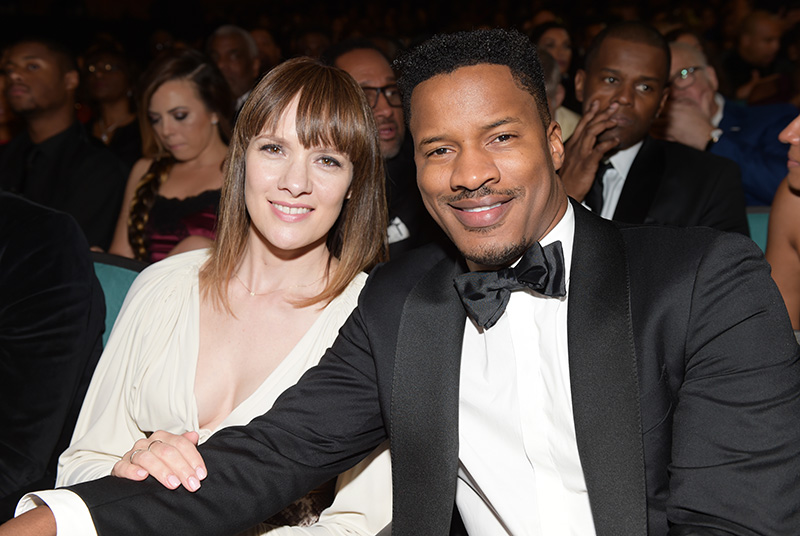 Parker probably hopes his time spent out of the public eye and the short memories of bloggers and social media users will work in his favor, and help draw moviegoers into the theaters.

Parker, 39, is pictured in 2017 with his wife and mother of his 4 children, Sarah Disanto.