Anne McClain (right), a decorated astronaut and pilot, is accused of hacking Summer Worden's bank account from space. The case is believed to be the first ever identity theft committed in outer space.

Worden, 44, says she filed a complaint with the Federal Trade Commission after she discovered McClain was accessing her bank account from the International Space Station while in orbit around the earth.

Worden (pictured top center) was concerned after McClain, 40, questioned her about her spending habits and seemed to have detailed knowledge about her finances. Worden asked her bank to trace the IPs of computers accessing her bank account. One of the computers was registered to NASA.

McClain, a U.S. Army major and pilot, admitted accessing Worden's bank account on multiple occasions - but only to make sure there was sufficient funds to pay the bills and to care for Worden's 6-year-old son, Briggs.

Worden said she conceived her son through in vitro fertilization and he was carried by a surrogate. "He is mine biologically, I had him all by myself."

Worden said she met McClain online in 2014 when Briggs was a 1-year-old. They got "married" the same year after dating for a few months.

Worden told ABC News she hoped to keep the custody dispute out of the public eye, so it wouldn't seem that she was trying to "ruin Anne's career".

But "the gloves came off" after State District Judge Linda Dunson (pictured top left) granted McClain bi-weekly visitation rights with Briggs. Dunson ordered Worden to "share possession of her son" with McClain, who hadn't seen Briggs in over a year. 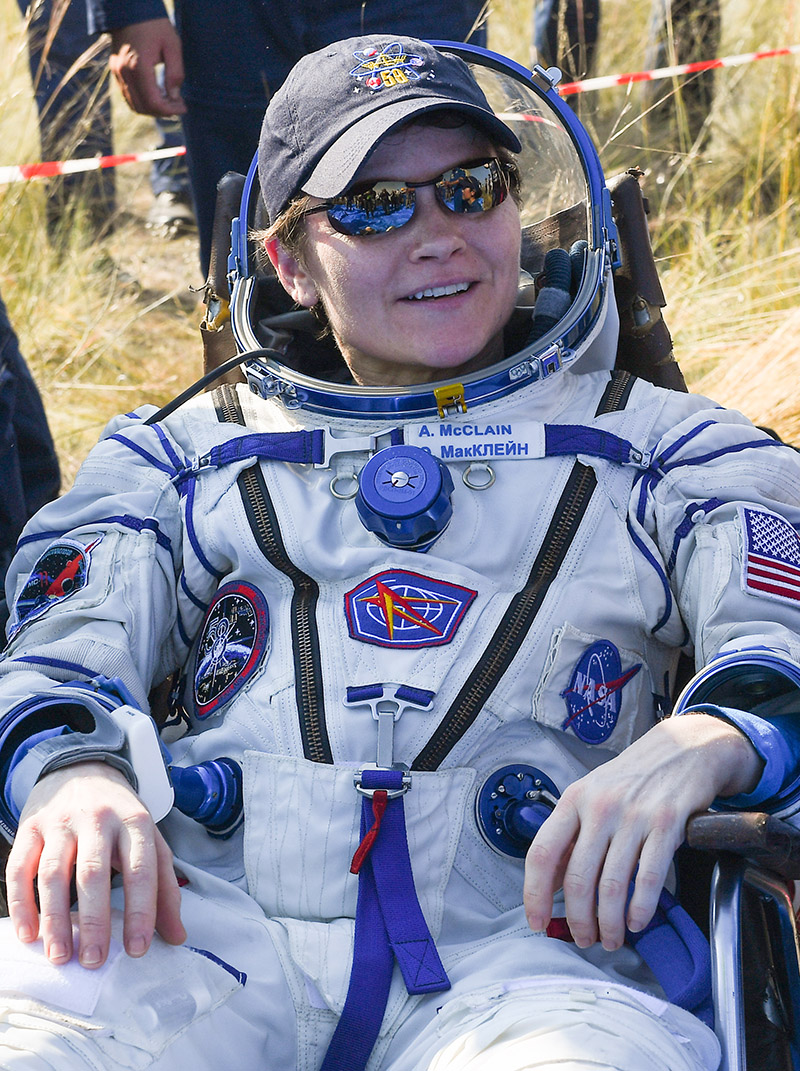 Worden and her parents panicked when they learned McClain, who was on a 6 month mission in space, was returning to earth on June 25, and would exercise her visitation rights with the towheaded boy.

"Immediately I knew where my loyalty lied and it was in protecting my son, 110%. That wasn't even a thought for me," Worden told ABC.

Worden's mother, Beth, also filed a complaint with NASA's Inspector General after she got word that McClain was given bi-weekly visitations with her grandson.

"As Anne was getting ready to come home, Summer was becoming more and more frightened and let us know about that," Beth told Good Morning America. "We were thinking, 'What on earth is going to happen?' Surely there's no way a third party can take our grandson. He's our firstborn grandson."

Beth continued: "I loved Anne. I thought she was a good person back when I met her, and I don't know what's happened, but I just wish Anne would realize this is not her son. Just let Briggs be with his family. That's all I want to happen."

Worden said McClain changed after her repeated requests to adopt Briggs were denied.

"The person I know now wasn't the person I married. Over time true colors were revealed, and the real Anne came about," Worden said. "[She’s a] very much controlling individual."

The first all-female spacewalk, scheduled for March 29, 2019 was cancelled. NASA says McClain's criminal investigation was not a factor in its decision to cancel the all-women space walk.