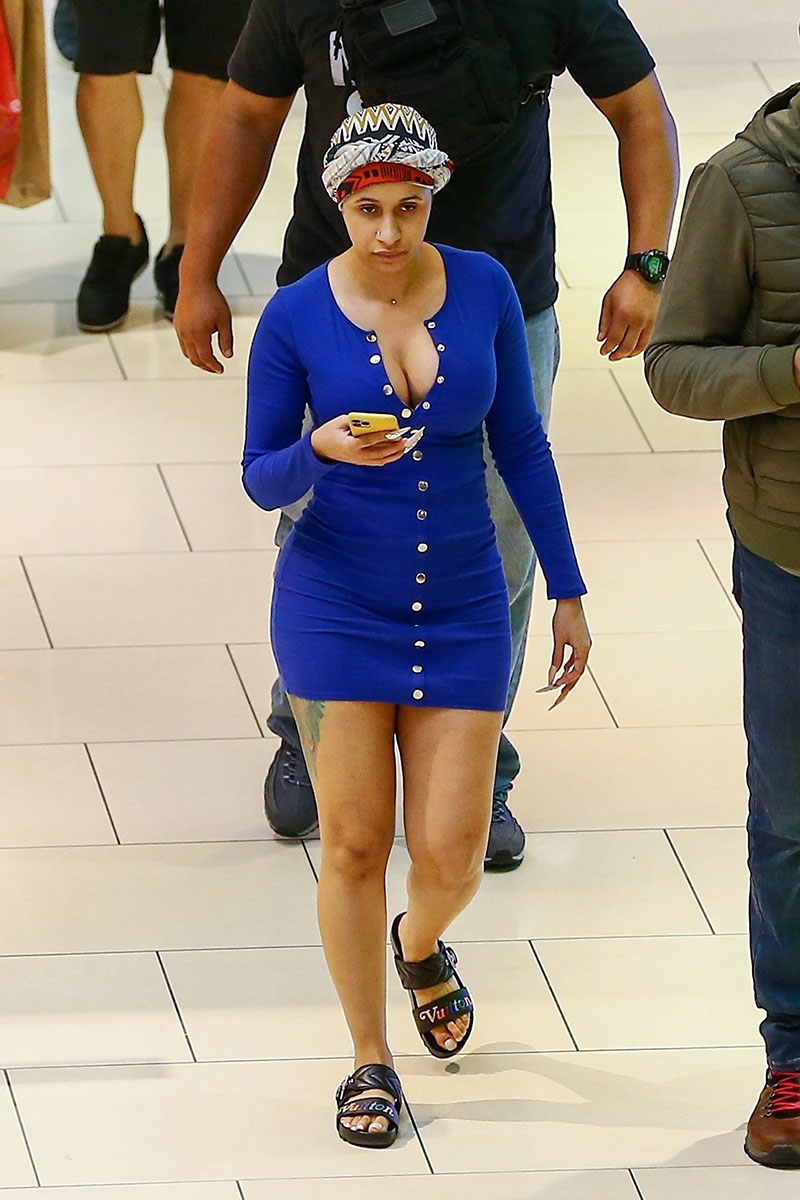 Cardi B is the only female rapper on the list of Rappers Who Fell Off in 2019. The list includes Chance the Rapper, Blueface, Lil Yachty, A$AP Rocky, Lil Pump, Quavo (Migos), The Game, Sheck Wes, and more. 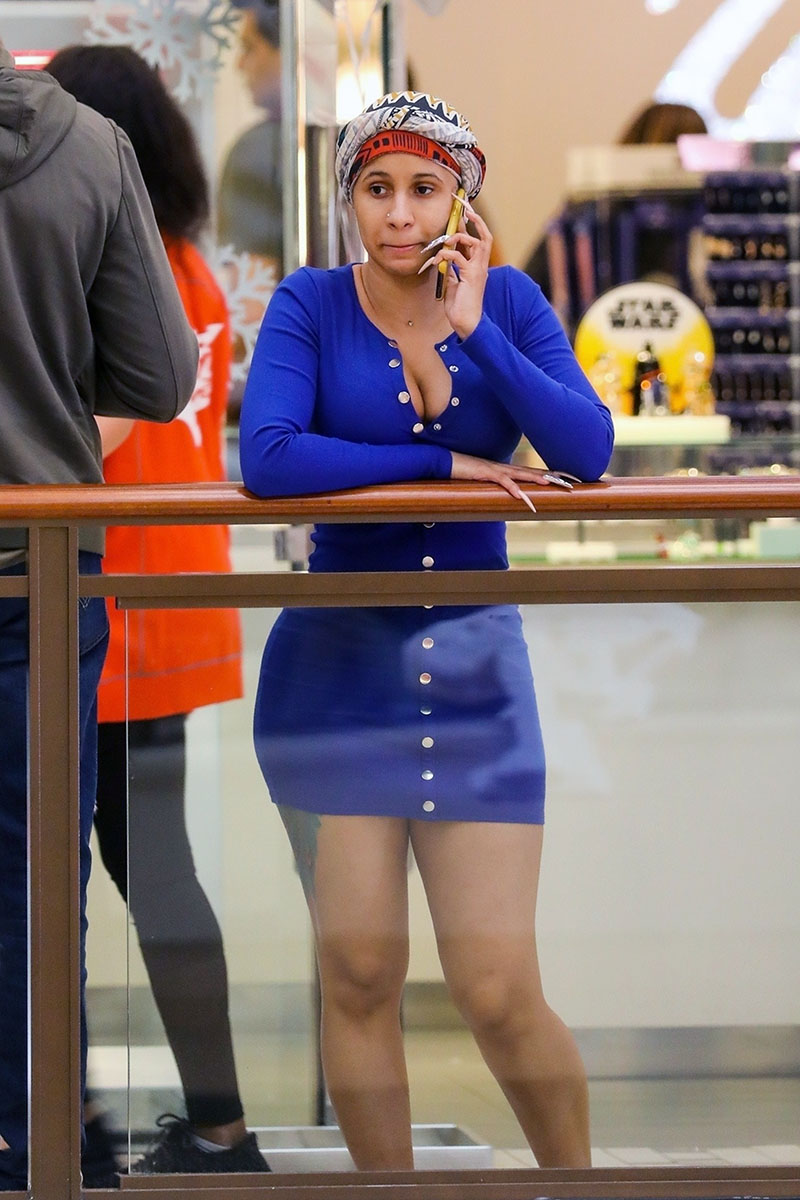 The 27-year-old rapper was once at the top of her game. It’s hard to think of another rapper - male or female - who dominated the music industry faster than Cardi B. And she did it on the strength of just one song ("Bodak Yellow")

She was destined for rap legend status - until Lizzo and Megan Thee Stallion came along and stole her thunder. 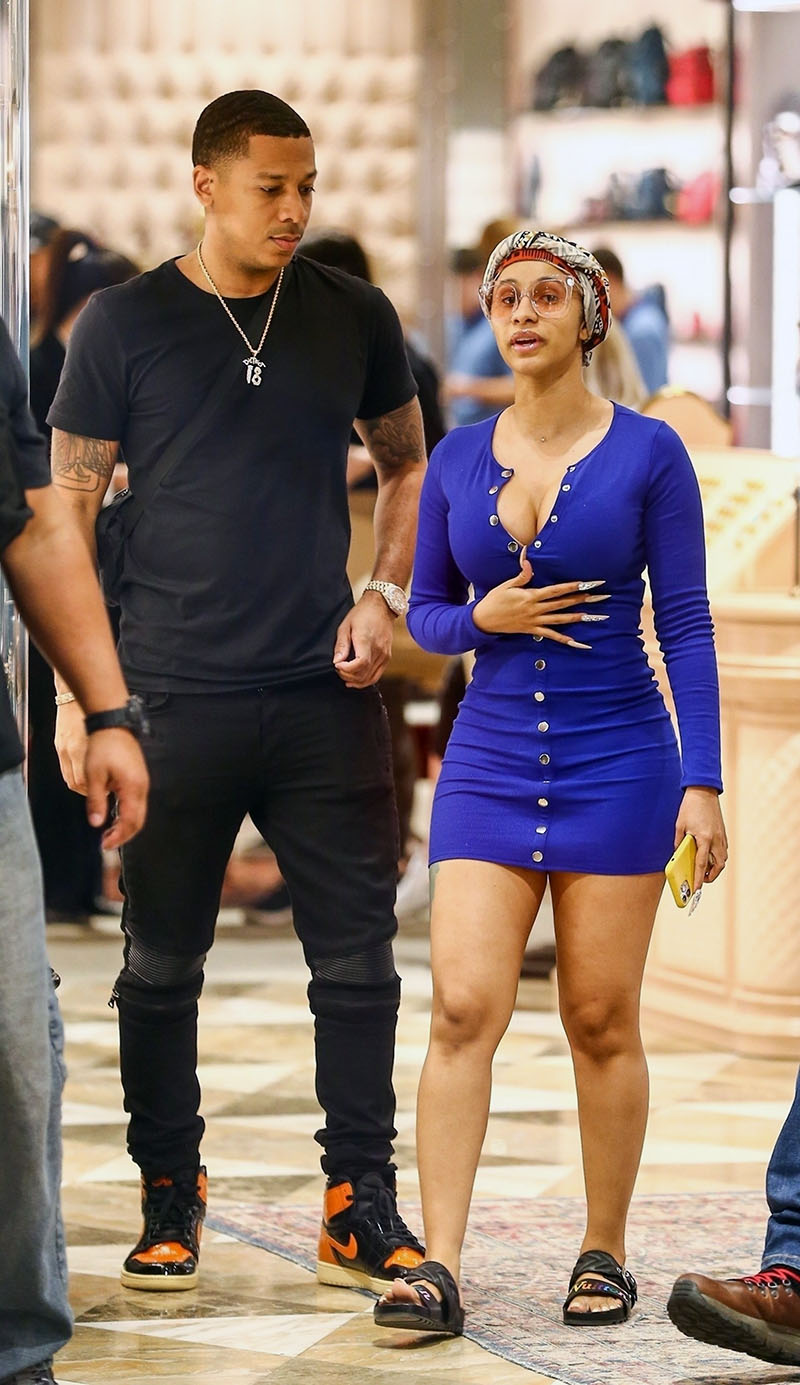 Cardi B was almost unrecognizable as she went makeup free. She seemed deep in thought while doing a little Christmas shopping at Miami's Aventura mall on the last weekend before Christmas. 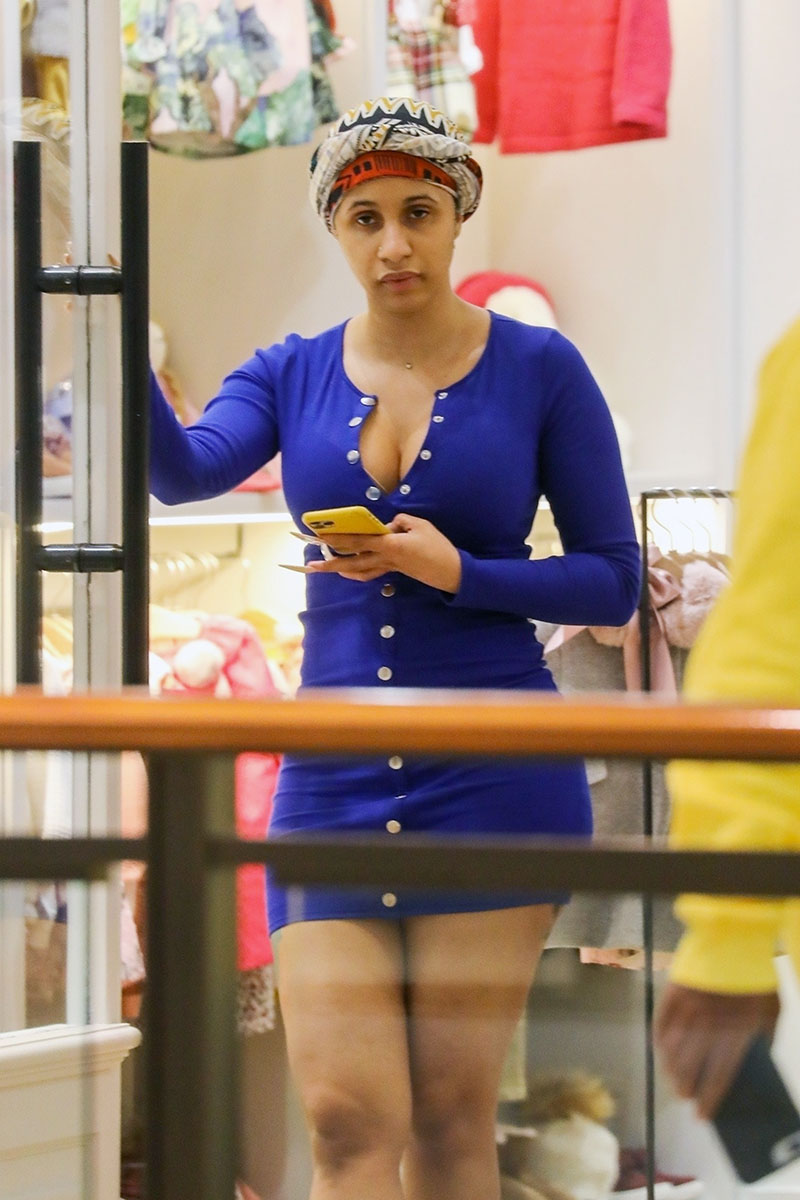 She wore a blue button down sweater minidress with black sandals. Her stops included Louis Vuitton, Ferrari, Foot Locker, Gucci, a baby clothing store and a bakery. The rapper was seen talking on her cell phone while being flanked by her security escort. 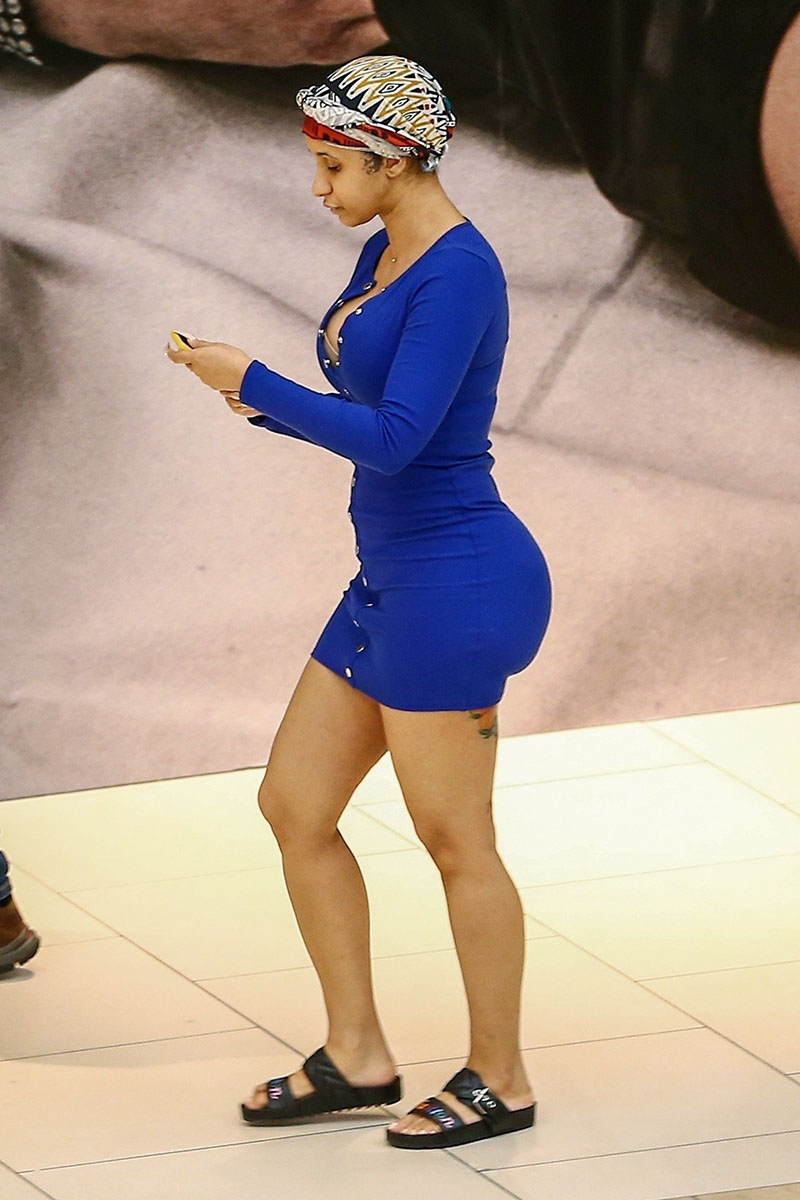 She also appeared in her first big screen film Hustlers with Jennifer Lopez and Lizzo.

Question: Do you think Cardi B fell off? What can she do to revive her career?