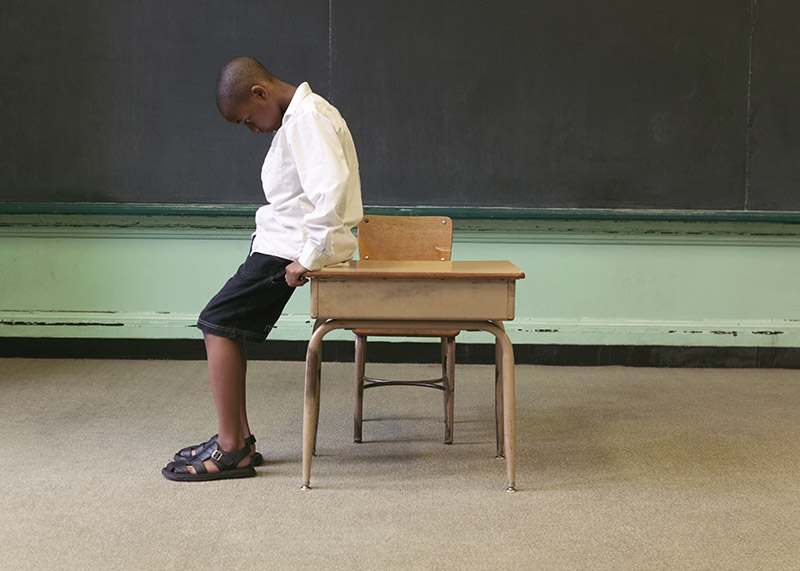 A 9-year-old Florida boy will be charged with allegedly stabbing his 5-year-old sister while telling her, "Die, die."

The boy was playing in his bedroom with his sister Monday afternoon at the Berkeley Pointe apartments in Ocala, Florida.

Their mom stepped outside to check the mail and to get some candy from a neighbor for the children.

When she retuned, the mother found her son stabbing his sister repeatedly with a kitchen knife, FOX 35 reported.

The mother grabbed the knife away from the boy, who fled into a maintenance shed. The girl was alert and responsive after the attack. She was transported to a children's hospital.

The boy told police his sister "had entered his head two days earlier" and wouldn't leave, according to an arrest report obtained by FOX 35.

He told police he got a knife from the kitchen, grabbed his sister by the neck while she was bent over and began stabbing her, FOX 35 reported. "Die, die," the boy told the little girl.

The boy allegedly said he stabbed his sister because "he wanted to be able to go outside" and play.

The boy is being held in a secured juvenile detention facility while awaiting a psychological evaluation ordered by a Marion County circuit court judge. He will be charged with attempted first-degree murder, according to news reports.

A public defender has been appointed to represent the child.

Police ran into elementary school to rescue their own children, while gunman was inside school for 50 minutes