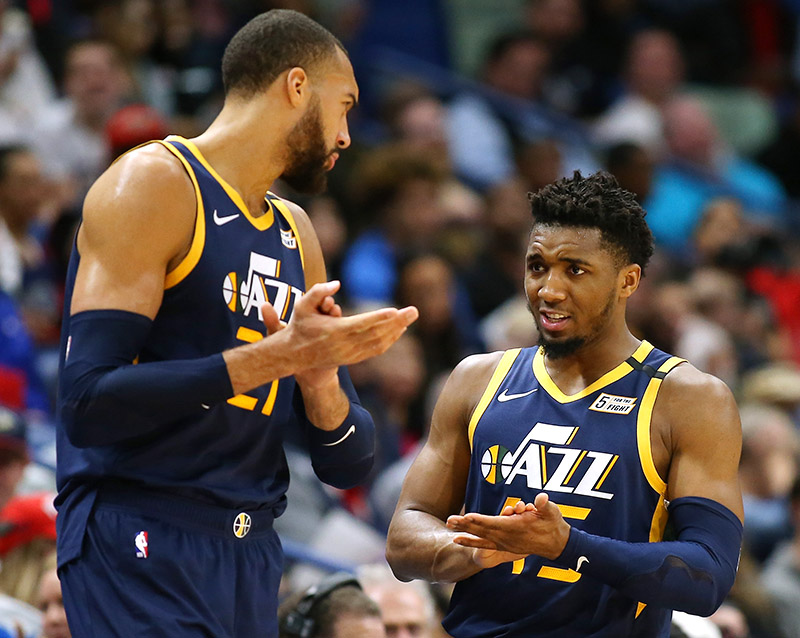 Utah Jazz teammates Rudy Gobert (left) and Donovan Mitchell are not on speaking terms after each man tested positive for the Coronavirus (Covid-19).

Mitchell, 23, suspects Gobert gave him the virus through his "careless" behavior in the days leading up to their positive tests.

Gobert playfully touched every reporters’ microphone in the press room, days before testing positive for the virus. 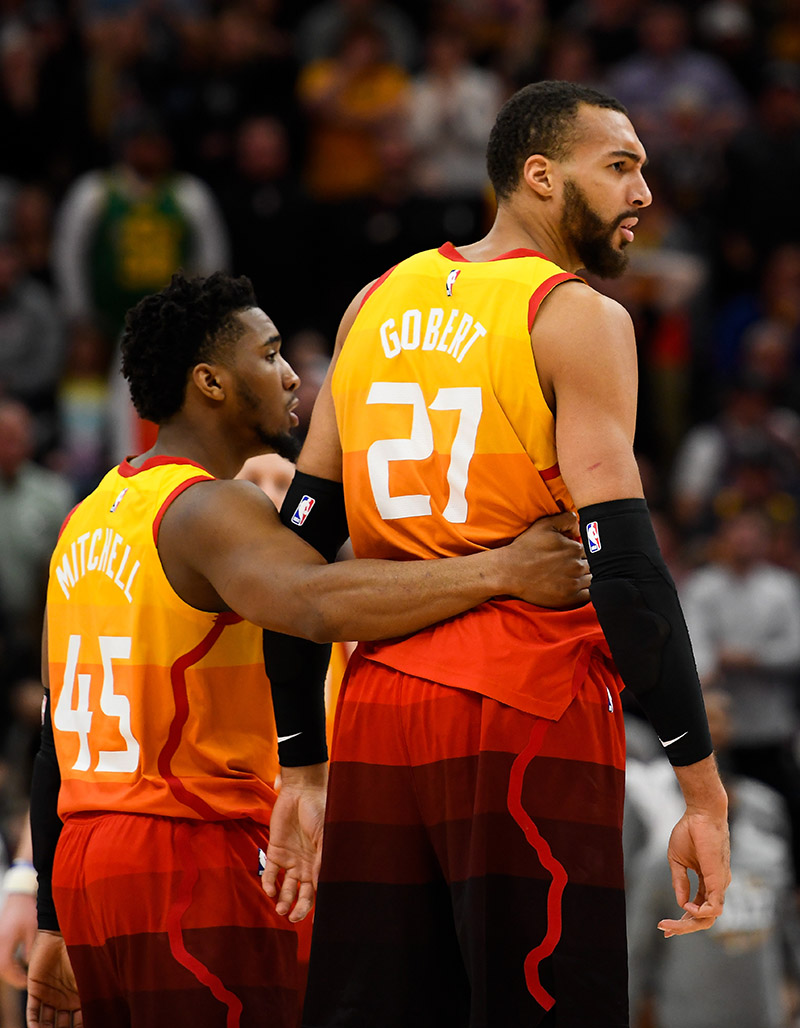 Gobert apologized for his carelessness in a video statement last week, but Mitchell is not in a forgiving mood.

"I'm fine. Things are going well, just in isolation," said Mitchell. No fever, no symptoms. Blessed to be okay," Mitchell said. "If you were to tell me you have to play in a seven-game series tomorrow, I'm ready to lace 'em up."

Mitchell said young people should know that a lack of symptoms doesn't mean they can't be carriers of the virus.

"You may seem fine, be fine, you never know who you may be talking to who you might be going home to."

Gobert's positive test prompted the NBA to cancel the rest of the season. The NBA was the first sports league to shut down in response to a virus that causes mild flu-like symptoms in most healthy adults.