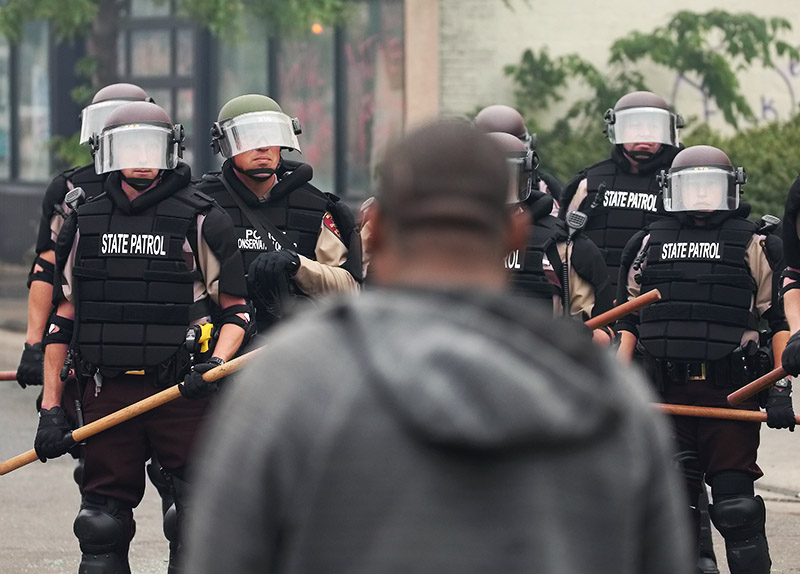 McShane said he and other officers responded to shots fired between two vehicles and a pursuit of the suspect who may have been armed.

In his post, "I almost shot an unarmed Black man last night," McShane shared the thoughts that went through his mind as he approached the suspect.

"I level my pistol at him. I put my finger on the trigger. Is this it? Is he going to shoot us? Am I going to have to shoot this man to save myself and others? Will my wife wake up a widow, will my children no longer have their father? Is our community going to change forever because of me? Will everything burn only because we want to help? Because we want to live and not die?"

The reaction to McShane's first-person account of his split-second decision to live or die was widespread condemnation and outrage.

At first, Police Chief Mike Tusken praised McShane, but the post was later deleted and replaced with an apology.

"It was not my intention to cause further hurt and traumatize community members and I am deeply sorry my actions were insensitive and hurtful," McShane wrote.

Chief Tusken said he sympathized with his sergeant's message amid the aftermath of the George Floyd killing in Minnesota in May.

"Officers are experiencing disrespect and anger from community members who are frustrated at the institution of policing," he wrote. "I have witnessed more tears from officers this year than from all my years past."

But Duluth community organizer Jordon Moses, who is Black, was unsympathetic. He said the Duluth Police Department has a "culture of not wanting to dive deep on these issues."

"When communities and citizens push, institutions push back," said Moses. "We're supposed to be grateful the cop didn't pull the trigger? That's kind of your job. You have tools, you have training."

However, retired Minneapolis police officer and expert on police use of force Mylan Masson said McShane's message is "right on."

"We have to keep remembering police are human beings. They are going to make mistakes. They don't want to make mistakes," she said. "'What if I did shoot him?' That's a terrible thought."