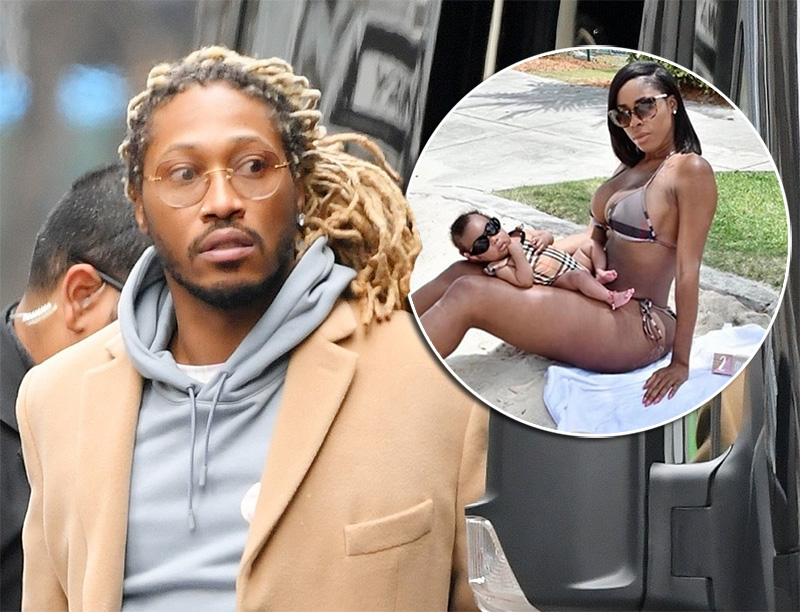 A judge let rapper Future off the hook by ordering him to pay $3,200-a-month in child support to the mother of his one-year-old daughter, Reign.

It's a small victory for the "Mask Off" impresario whose ex, Eliza Reign Seraphin, initially demanded $53,000-a-month.

The disappointed mom-of-one is appealing the judge's verdict.

"We are very hopeful that once we get all the documentation from him, his banking info, his credit card info, that the final child support number would be substantially higher," Seraphin's lawyer, Brandon Rotbart, told IG blog The Shade Room.

He added that he and his team are disputing the rapper's claims he only earns $30,000 -a-month. "We had some other evidence that was contradictory," Rotbart said.

Seraphin, 29, previously rejected Future's proposed offer of $1,000-a-month in child support for their daughter. She began her career as an Instagram model in May 2016.

Future, 36, dated Seraphin on-and-off from 2016 through 2018. Their daughter is the rap star's sixth child by various women, including a son, Future Zahir, he shares with pop singer Ciara Wilson, 34.